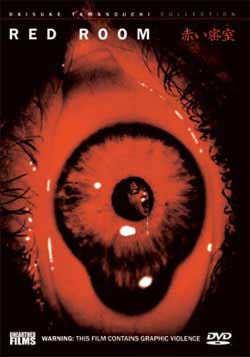 A cult hit amongst gore enthusiasts, this campy splatter flick takes its plot cues from reality TV game shows. Four young people are locked in a room and play cards. When someone loses, they must endure some of the most gruesome torture imaginable. Luckily, the winner walks away, or limps rather, with $100,000. The success of this bare bones horror gem, directed by Japan’s V-cinema staple Daisuke Yamanouchi, spawned a sequel even more disgusting.

Red Room is a pretty simple premise. 4 people are gathered in a room with 10 mill yen promised to the winner who lasts the longest. While they are watched and filmed with cameras, they each pick from a deck to determine who gets the “King Card”. The King Card holder gets to tell the remaining others what they want done and for how long. As each round is passes, they repeat the process again and again until some one hopefully gives up. The object is to be the last person left to receive the money. Our individuals are 1 man, his verbally abusive wife, an obnoxious he/she and a pretty but reserved corporate girl. They have all gathered for there own reasons whether out of want, need or change. 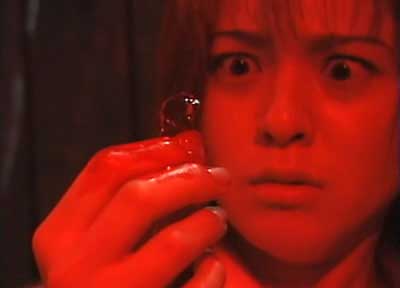 The look and feel of this film was shot in generic video cam corder resolution. So nothing here production-wise to get excited about. In fact in my guess is many might walk away from the low production look in the first 5 minutes. But the look isn’t the appeal to this film. It’s the anticipation. As each round goes by the 4 individuals go from simple truth or dare type challenges to more extreme and more physically taxing requests. Never at any point are they given or suggested what individual challenges they should introduce. Though as human nature goes, with each person scorned the level of intensity increases in spades. Greed sets in and there challenges presented become more torturous in hopes of eliminating the other… pretty cool concept! The genius of this idea is that I could really see this happening. Say your asked to do something painful. Wouldn’t you do want to return the favor when you get the chance? I wont spoil all the fun, but some of the feats entail pissing in the others mouth, holding a hairdryer down their throat, punches to the face and so on.

Each individual is given a time frame to endure. 3 minutes, 5 minutes….the whole film continues like this. I still found myself glued to the film wondering what the next extreme challenge would be. It’s that curiosity of the extreme and the inbred voyeur in us all that carries the success of this film forward. Now I’m sure you probably already guessing some sort of pain endurance in future rounds ..though the director chose to elevate the nature of this film to full blown erotic depravities instead. In some sense what follows is a bit of cheek for cheek, though I wasn’t anticipating the extreme level of sexual deviations. We as viewers are there for the duration, always wondering what the next card will amount to in payback. We do reach conclusion in this film, though the mess left behind is pretty brutal. 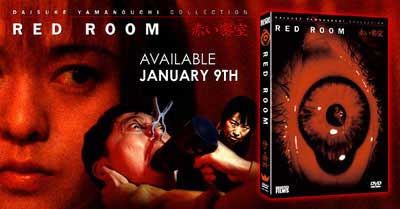 These kind of films which fall into the human isolation interaction categories are meant to dazzle you not with high production values, but with explorations into the roads not taken. It easy to project your self into that situation much like reality TV these days engages the viewers into other peoples lives. The entertainment comes from a series of what-if’s and how far an individual will go for financial reward. With this in mind, I found Red Room to be satisfying in a disturbing way. Not that I agree with the choices made, but it did hold my curiosity from frame to frame as the plot unrolled. 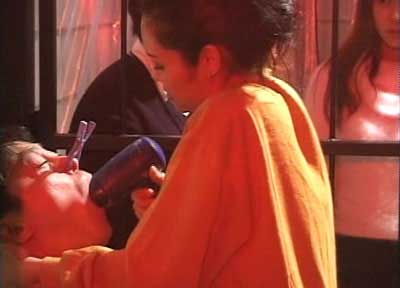 Red Room is pretty graphic and not recommended for viewers who can’t handle the violence and the degrading women violation scenes. If your seeking a intense film to take you to new heights, then you might find reward in Red Room’s sick exploitation methods. There is some bloodletting, but the unsettling portions are not gore driven. 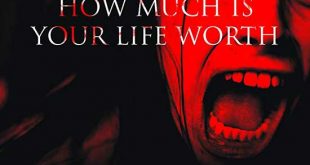