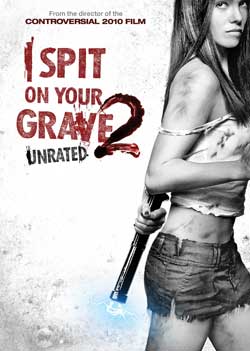 Katie is trying to make it in the cutthroat world of modeling. When she innocently accepts an offer to have new photos taken for her portfolio, the experience quickly turns into an unthinkable nightmare of rape, torture, and kidnapping. When a twist of fate finally frees her from her captors – beaten, battered, bruised, and broken, she will have to tap into the darkest places of the human psyche to not only survive her ordeal, but to ultimately find the strength to exact her brutal revenge.

In the spirit of its predecessor, “I Spit on your Grave 2″ is an extreme cinematic display of pain, torture, and revenge. What separates it from other revenge films is that this one makes sure that you come away mentally squeamish from the visual abuse it pulls you through.

However, we may be getting ahead of things. The film does indeed have a purpose. One that intends to cement the idea of a woman scorned femme fatale. Actress Jemma Dallender plays the role of Katie, a beautiful struggling model who is trying to make it in New York. Waitressing for a living is a dead end job that Katie wishes to leave behind if she can just get discovered by the right talent agency. Upon the advice of friend, Katie is advised to hire a professional photographer to ramp up her portfolio.

A call for models sounds like the perfect chance to get a free photo shoot, though the experience turns out to be less than desired when they prod her to take on some nude shots. Katie declines and heads home respectfully.

All is  back on track until one of the men from the shoot tracks her back to her house. Georgy (Yavor Baharov), a somewhat mentally challenged man decides that paying her a visit might win her over. Though things get ugly and Katie is soon subjected to a brutal raping when she rejects the offer.

Georgy’s brothers are called in to clean up the mess, which only “begins” the horrors that await Katie. Bound in a box, drugged and taken back to Bulgaira, she is soon drugged, abused, raped, beaten, and pissed on, as a warm up to several more days of mental abuse and torture. Her subjection only gets worse. Katie, now chained to a pole and stripped naked takes on the abuse from this horrifically insensitive family for days until they decide to leave her for dead. 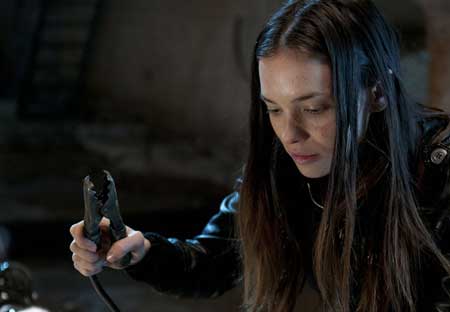 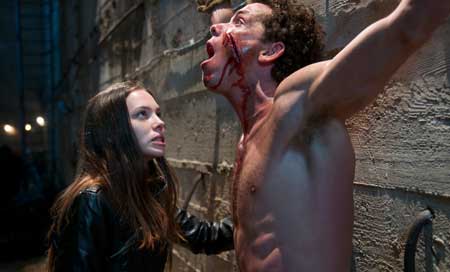 “I Spit on Your Grave 2” take great liberties to up the anty in the torture p@rn arena of film making. Actress Jemma Dallender certainly earns her weight in extreme drama as her character is taken to extremes herself. It all works nicely in building a case for extreme revenge and payback. I won’t give away the details of the film, but as you can guess from the title, Katie “does” get her payback in 10-fold. By the time the film reaches this point, we are completely at home with her revenge streak. One that feels entirely justified. The movie was directed by Steven R. Monroe who had also directed the first film. Monroe taps into our fear of foreign men who abuse American women for their entertainment.

I have yet to watch it’s prior release, but imagine that part 2 has made sure to keep things equally (if not more) intense. “I Spit on Your Grave 2” fits comfortable within the genre of extreme cinema still staying within its purpose to build a case for revenge. Fans of exploitation films will probably agree that it sits somewhere between “Hostel” and the movie “Thriller“. 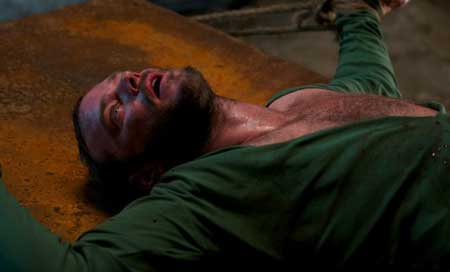 Actress Jemma Dallender almost seems “too pretty” to take on such a hardcore role, though you have to give her credit for the trauma and dramatics she exudes in her performance. What is worst to think, is that it is entirely possible that these type of scenarios occur overseas quite often. I prefer to stay within the thought of keeping it fiction for viewing comfort, but as they say fiction can be reality. I Spit on Your Grave 2 simply knocked me off my feet. A cold and lethal story of pain and comeback!