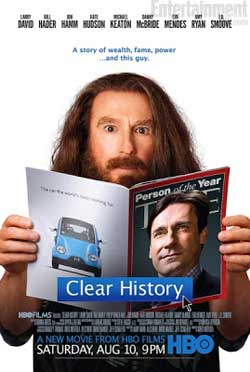 A disgraced former marketing executive plots revenge against his former boss, who made billions from the electric car company they started.

If you find yourself hankering for some “Curb Your Enthusiasm” in the form of a movie, then “Clear History” is right up your alley. This odd film which borders on cult at times really is a humorous excuse to give actor Larry David a new platform for his offbeat humor. You might not recognize him initially as he dons a beard and moustache that looks more like Zeus from Clash of the Titans, but….that winy acting style he does so well shines thru like an exploding comet. 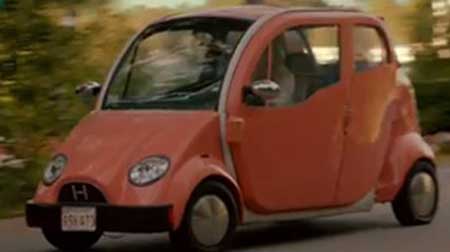 As I found myself instantly pulled into Larry’s observation-lunatic-fringe behavior, I came to the conclusion that Larry David really has only 1 acting profile. Whether featured in a TV series of placed into a feature film, its 100% Larry David……all around.

Larry David stars as marketer genius Nathan Flomm who foolishly makes the worst mistake of his life when his pride gets in the way of his position. As the head marketing talent for an up and coming auto manufacturer called Electron,  Nathan becomes disgruntled when he is told that the newest product line will be called “Howard” named after the bosses son. Rather than working it out, he agrees to give up his 10% in the company and quit.

It is not too long after, that the product line “Howard” becomes one of the most successful new car lines in history pushing his boss Will Haney (Don Hamm) into instant billionaire status. On the flip side, Nathan’s reputation becomes a national joke (the guy who gave up a billion dollars) prompting him to move to Martha’s Vineyard to hideaway and reinvent himself. 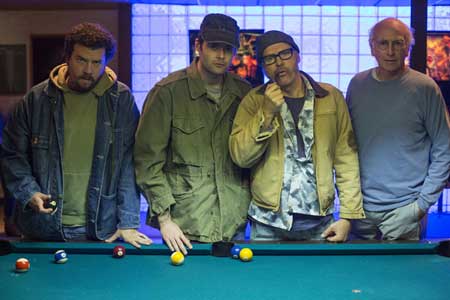 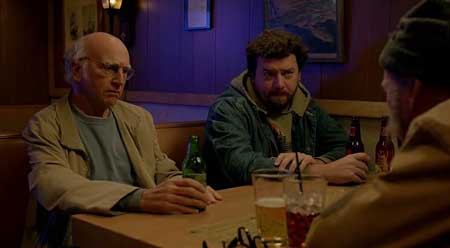 Now 10 years later and calling himself Rolly, with a haircut, shave and a pair of glasses, Fromm finally is able to leave his past behind and carry on with his new life. Things begin to get complicated when word gets out that Haney has decided to build his new home on the very island that Rolly has retreated to, thus igniting some old grudges that he has had to live with.

“Clear History” really benefits from a range of dynamic characters and smaller circumstances that keeps things constantly interesting and hilarious. It is no wonder (with the writers of Seinfield behind this one) that those patterns we have come to love managed to make their way full circle into a bigger arena. Really you can’t help but love this film especially if you are a fan of David’s past work. 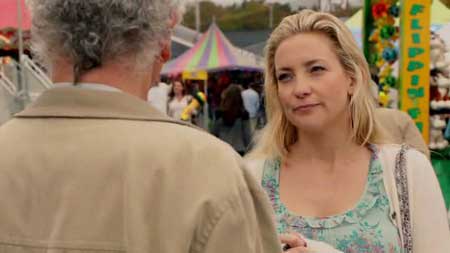 Adding to the roster is Michael Keaton as Joe Stumpo, Eva Mendes as Jennifer, Kate Hudson as Rhonda, Danny McBride as Rolly’s best friend Frank, Bill Hader as Rags and J.B. Smoove as Jaspar. The story line rolls forward like a Silicon Valley tale that echoes so many other situations from the dotcom era. Swapping that out for a successful electric fueled automobile, we still get the connection enough to feel for our main character’s situation. Add to the mix some hilarious bits about the band “Chicago”, a plot to blow up Haney’s house and an assumed premature love interest (that Larry takes out of proportion) and you got yourself a ride of a film in front of you.

Whether viewers can live with a Seinfield style feature or not, you have to love this film for the charm it brings. “Clear History” is perfect showcase for nut bag Larry David to show us what he loves to do best.