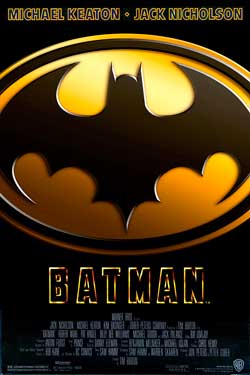 “Batman” had long been a fan favorite among comic book readers. It was announced that in 1989 a “revived Batman” film would arrive on the talents of director/visionary Tim Burton. Tim had just finished his film “Beetlejuice” which was well received. So fans were anxious to see what this stylistic director would do with a much-heralded franchise. I was around during 1989 waiting in anticipation with everyone else. I was a comic collector and had a great respect for the character. In fact, Batman was becoming a trend “before” it became a film. Often young teens and alternative minded shoppers could be seen sporting a Batman logo T-shirt. This took on a new meaning when there was a film now attached to it. DC comics was doing pretty well with alot of merchandise demands increasing especially with this dark superhero behind it. 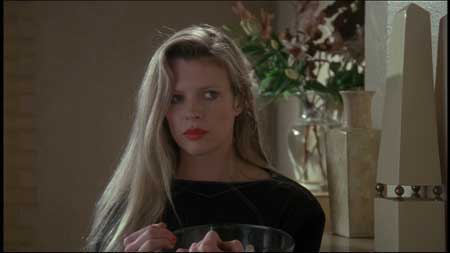 Then of course we were all turned for a loop when it was announced that actor Michael Keaton would play the part of billionaire Bruce Wayne and our caped crusader. Really? we thought….the guy from “Beetlejuice” and “Mr. Mom”? (and even the later “Pacific Heights”). But wait, it was also reported that super A-lister Jack Nicholson would play his opposite as Jack Napier aka “The Joker”. Ok, now that’s cool..but why, how and when did you decide that short actor Michael Keaton would fill the shoes of this legendary dark knight? (it was a reported that actors Mel Gibson, Kevin Costner, Charlie Sheen, Pierce Brosnan, and Tom Selleck were al considered). It was a far cry from cheesy Adam West, but would it be for the better. Fans protested, questioned the selection and stomped their feet urging Warner bRothers to reconsider. Burton and his Producers commented that they selected Keaton for this edgy qualities that included a tormented sense they were looking for. It’s a good thing that they proved us wrong.

The film was reported with all sort of a casting changes, selections, and worthy choices for each of the characters within. Sean Young had scored the part for Vicki Vale but had to back out due to an injury. The part of course went to beauty Kim Basinger. The Joker casting, (while we all were satisfied with the selection) had also considered actors James Woods, Tim Curry, Willem Dafoe, and David Bowie. A unique alternate reality that “could have” transpired. 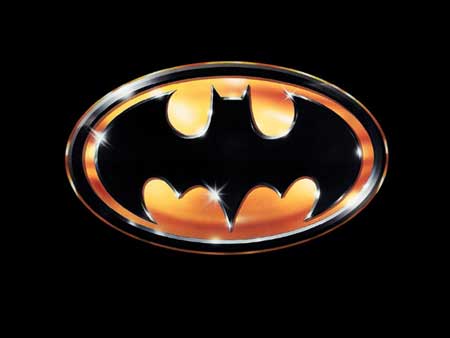 So the saga begins! It’s good to note that director Tim Burton and actor Michael Keaton would only take the plunge 1 more time in its first sequel leaving the franchise to a whole slew of new performers and directors. Michael Keaton follows the Batman story as it was told in the comics. He even manages to win our hearts somehow and make us forget that there was never any other choice besides Keaton. Now that takes skill, but hey….. give the group some props, they pulled it off. Michael Keaton wore the mask well and started that whole deep voice Batman talk that would later continue on to the Christian Bale era.

Bruce Wayne while practically owning Gotham City manages to exude the “tortured past” aura with dark enigatism . The Batman we know would later become campy and annoying for that matter. However, we attached ourselves onto “this version” of Batman that wouldn’t make us believers again until the “Dark Knight” years. 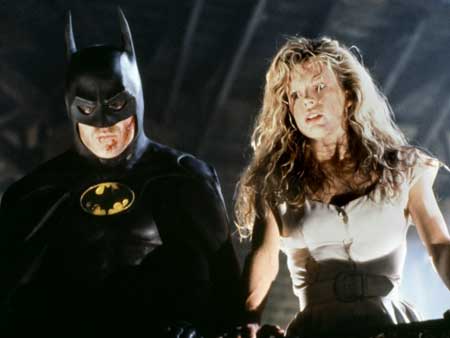 We know Tim Burton for his somewhat goofy style that many “might” have worried about. Somehow he captured the dark feeling we were hoping for and leaving behind his “Beetlejuice”, “Edward Scissorhands” approach. It’s a good thing as it wouldn’t have worked as successfully if not.

In review, Batman (1989) has an almost noire-style approach to it. The sets, the characters, the gangster style back alley deals, even the reporter Alexander Knox have a certain feel that reminded me of a more gloomier Dick Tracy environment. Batman arrives with his cape outstretched in moves that resemble Bela Lagosi’s Dracula than …say, a Spawn style arrival. This style would evolve over the course of future films, but this was indeed the world of this 1989 product. 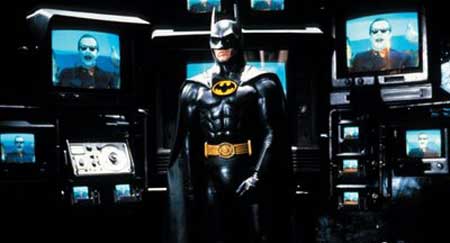 Coming in at just over 2 hours, Batman is a long stretch that takes full advantage of having Jack Nicholson as a super villain. Most likely exhausted from smiling, we get a zany grinning goofy Joker that echoes the feel of the original comic books. Dark, but not as dark as the Heath Ledger later version. In fact nothing here feels out of place which is why it works so well. I could have probably stood for a 90 minute version as some parts tend to drag but in the process we get that much more of lovely Kim Basinger’s charming appeal to tide us over. The story her is well known, it’s a struggle of good vs evil and the haunting of Bruce Wayne’s past. Bruce falls for Vicki Vale, fights crime, and seems almost numb to his wealth (and absurd wealth at that) The Joker pulls a classic “old Batman days:” move and injects a reactive chemical into the consumer products producing deaths and smiles. He also has no trouble shooting people whenever he pleases. Jack Nicholson captures the Joker coldness extremely well while at the same time keeping his character in the realm of being a lunatic with no conscience. The Jokers cronies work well in supporting his attacks, dancing to the music of “Prince”, and noticing that Batman tends to have better “toys” at his disposal. It you haven’t caught this one, you should as it WAS the ruling champ until the “Christian Bale Batman” arrived. 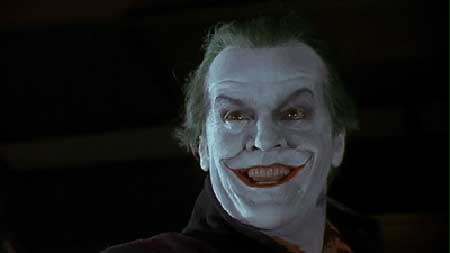 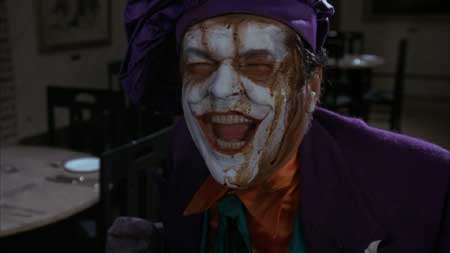 The old Batman and new share character traits, but there is still clear distinction between the 2. In any case, they make the Batman from 1966 (TV series) look like a joke that Adam West tended to take too serious (wearing those ballet tights )(so tight!). Michael Keaton was the best from this round of Batman films that will forever cement his induction into the DC universe. With all things, films progress with the technology and new young hopefuls arrive. I still pull out Batman (1989) for an enthused sit down with anticipated engagement.