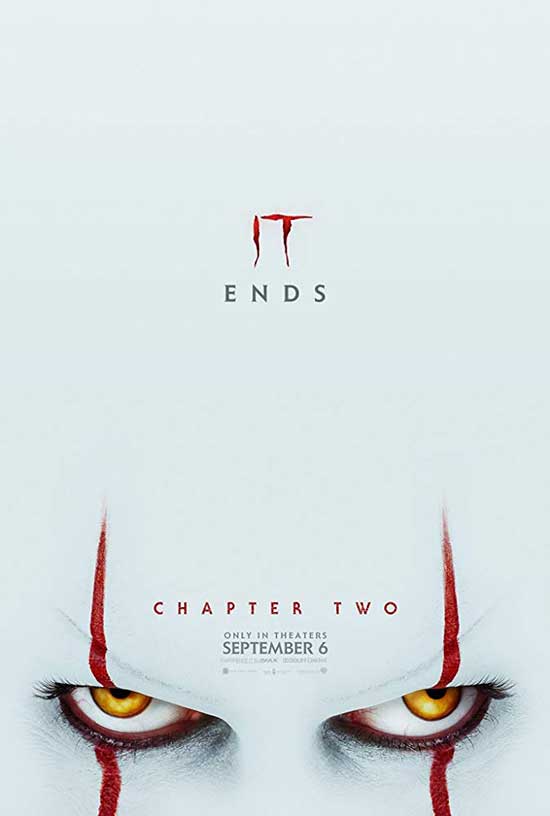 Twenty-seven years after their first encounter with the terrifying Pennywise, the Losers Club have grown up and moved away, until a devastating phone call brings them back.

The 2017 adaptation of It: Chapter One was something of a landmark movie for the horror genre. Based on Stephen King’s 1986 behemoth of a novel, and making the wise decision to split the dense source material into two halves, its box office takings to date stand at over $700 million; for some perspective the closest true horror movie is probably 1973’s The Exorcist on $441 million, one which has the benefit of not only legendary status but also an additional four decades of exposure. So, It: Chapter One was an absolute smash hit – but importantly not just in horror terms, as it appears at number thirteen in the box office charts for 2017 – ahead of films such as Justice League and Dunkirk, a truly astonishing feat for a horror movie, and an R-rated one at that.

King’s novel is centred around the cursed US town of Derry, Maine, and a particular number of its occupants; among the human ones are a misfit group of school friends – Bill Denbrough, Richie Tozier, Beverley Marsh, Eddie Kaspbrak, Ben Hanscom, Mike Hanlon and Stan Uris – collectively known by the self-deprecating moniker “The Loser’s Club”. There is a far less amiable inhabitant of Derry though, in the form of Pennywise – the manifestation of a shape-shifting entity which appears roughly every twenty-seven years for a short time before disappearing. An ancient evil from a universe far beyond our own, he feasts on the souls and bodies of children for sustenance.

It: Chapter One – adapted from King’s novel – introduced us to Pennywise in his most common form, that of “the Dancing Clown”. The movie tells broadly the same story as the previous 1990 TV mini-series adaptation, which was directed by Tommy Lee Wallace (who horror fans may know as the lead in Halloween III) but didn’t opt for splitting the source novel into two distinct halves – instead jumping back and forth between the two main timelines. This mini-series tends to benefit from a bit of rose-tilted nostalgia (especially from those, like me, who were in their teens when it first floated its way to the top of the sewers); it’s still true that Tim Curry (he of The Rocky Horror Picture Show, Congo and Home Alone 2) puts in a mesmerising yet tongue-in-cheek performance as Pennywise, but viewed nowadays the show’s obviously low budget does it no favours, and the performances from the rest of the cast are pretty mediocre. 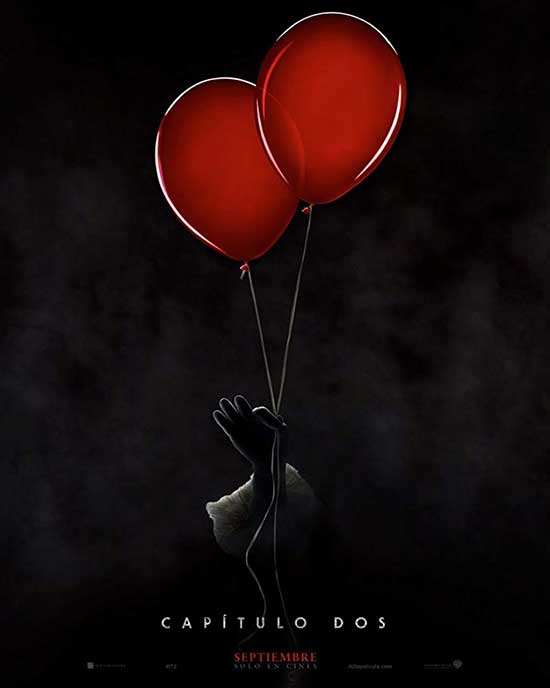 Chapters One and Two of the movie series feature an altogether different Pennywise, as portrayed by Swedish actor Bill Skarsgård. Dead-eyed and sinister, his white face, bulbous forehead and shock of red hair combine with Skarsgård’s uncanny movements, physical tics and flesh-crawling voice to provide a truly brilliant interpretation of the character. A good Pennywise alone though wouldn’t have been enough to keep the first movie afloat (pun intended) – luckily all of the supporting cast absolutely nail their roles, particularly Finn Wolfhard (of Stranger Things) as Richie, Sophia Lillis as Beverley and Jaeden Lieberher as Bill. They bring warmth and empathy to their characters, which crucially helps to make the audience share their fear of the otherworldly Pennywise as he relentlessly stalks them.

Chapter One deals mainly with the Losers Club and their first meeting with Pennywise in1989, kicked off by the infamous sewer scene, where Bill’s younger brother Georgie is unfortunate enough to lose his paper sailboat down the wrong storm drain opening. They are all quickly drawn into the clown’s terrifying web, as he torments them using their own worst fears brought to life. They also have to contend with a human foe in the shape of Henry Bowers, leader of the local gang of bullies; unluckily for the Losers, Pennywise has designs on recruiting Henry in his war against them. The end of Chapter One sees Pennywise supposedly defeated by the Losers, whereas in reality he is merely back to his dormant state, biding his time until he can wreak his revenge. Aware of this possibility, the Losers swear an oath to reunite in battle against him in twenty-seven years should he resurface.

The first movie, whilst also being a bona fide smash hit, was almost universally well-reviewed. Although far from a perfect horror movie – for instance it tends to rely a little too heavily on cheap jump scares, and some of the CGI looks a little cheap – for the most part It: Chapter One is genuinely great, with a terrific cast of young actors and a captivating villain in Pennywise, as well as a wicked sense of humour alongside the scares.

Which brings us to Chapter Two, with director Andy Muschietti returning from the first instalment. The cast are almost all new actors, by virtue of the setting moving to 2016; the adult cast includes James McAvoy as Bill, Bill Hader as Richie and Jessica Chastain as Beverley. Bill Skarsgård is back though to give us more of his unnerving Pennywise. The Losers are now adults, and with the exception of Mike, have all moved away from Derry and have long since buried their memories of the Dancing Clown. Mike has the misfortune to hear of a murder over his police scanner, and before long the Losers are being called back to Derry to make good on their promise.

Unfortunately, It: Chapter Two doesn’t match up to the high standard set by Chapter One. It never feels cohesive in the same way, and the faults from the first movie are amplified in Chapter Two – some of the special effects are really not very special at all, with some CGI that looks barely above Sci-Fi channel level: and the scares, such as they are, are all of the common-or-garden jump variety. The two biggest faults are probably that firstly, the movie is just not particularly scary; and secondly, that Pennywise is barely in it! When he does appear it seems to be more with the intention of annoying the re-turning Losers as opposed to killing them, which he seems oddly reluctant to do; as a result Pennywise is something of a spent force here, even with the – once again – brilliant efforts of Bill Skarsgård. The rest of the cast are also excellent, especially Bill Hader (Barry, Saturday Night Live) as the adult Richie who pretty much steals every scene he’s in, and the always brilliant James McAvoy as Bill. Jessica Chastain though seems underserved by her part, with little opportunity to flesh out the character of the adult Beverley.

King’s novel has been often referred to as unfilmable; clearly not the case, but both movies and the TV show before it have had to make a number of sensible concessions to avoid ludicrous running times – not least the removal of some of the more out-there subplots, including the story of Maturin, the ancient space turtle who gave life to the universe… not difficult to see how that wouldn’t translate too readily to film (although there are a couple of brief shots featuring turtles for eagle-eyed fans of the novel). While the miniseries is probably best remembered through a haze of nostalgia, the new movies got off to a fine start with Chapter One.

It’s a shame then that Chapter Two stumbles, almost as though the runaway success of the first movie came as such a shock to all involved that the weight of expectation for the second proved overwhelming. So far this would seem to be borne out by the box office receipts, currently standing at a worldwide (still phenomenal) haul of over $470 mil-lion – a long way short of Chapter One. There is still much to enjoy in Chapter Two, such as the sly sense of humour, great characterisation and of course Bill Skarsgård’s Penny-wise; but overall it’s a far less satisfying watch than Chapter One.