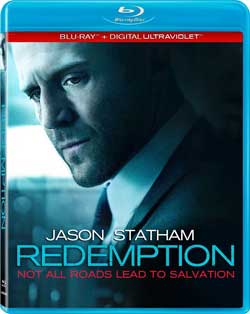 Homeless and on the run from a military court martial, a damaged ex-special forces soldier navigating London’s criminal underworld seizes an opportunity to assume another man’s identity — transforming into an avenging angel in the process.

Playing more on the dramatic angle, this unassuming Statham starred film still manages to give us the kind of performance that we pay to see from our main actor Jason Staham. Laced in the roots of poverty, war, street life, religion and (well….as the title states) “Redemption”, the film actually is a well rounded action drama.

Originally titled “Hummingbird“, it was a smart move to ramp up the title a bit, for those who need something a bit stronger hitting them than its former vague association title. 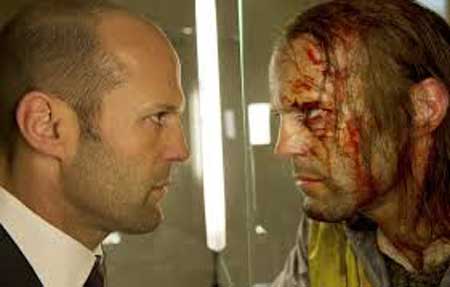 The film “Redemption” begins as homeless “Joey” is beaten in the streets trying to just make it thru another day. As an ex military ex-special forces soldier, Joey has leaned to adapt and survive which is how he begins his climb back up to health and prosperity. Though  despite the thug aspect that “Redemption” employs, its foundation lies in serving the church and giving back to that which is achieved. 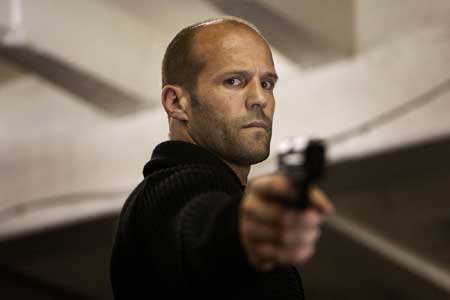 From this angle, the film arrives in a heart-warming place that lays its base in the simplicity of survival and care. Joey, being an ex-militant  also has a weakness for the bottle. The bottle as we are told, is his escape from being “dangerous” and the machine that he was made into. Rather than a common place in films that we feel compassion for one’s alcohol bouts, we are made to understand just what this perception means. It is a clever play of lows to highs that populate the dramatic details of this film. 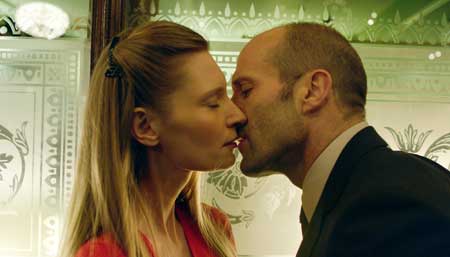 Joey, who begins to moniker a nickname name, “crazy Joey” for his mob hired approach, discovers that is military talents are just what he needs to make a few dollars serving as a strong arm for the local crime scene. It’s Jason Statham as we love him, fast, slick and full of cool moves, but subdued to a greater cause. As he befriends a nun who served him soup when he was down and out by the name of Cristina (Agata Buzek), the film analyzes who we are and the places we come from. Cristina lives to serve others as a Catholic nun who constantly reminds Joey about doing the right thing, but at the same time she is also processing and dealing with dramatic issues from her own past. 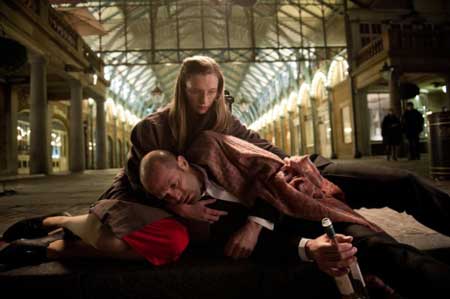 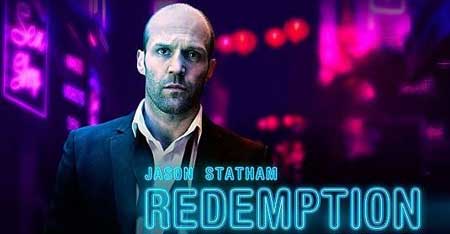 Both Joey and Cristina run similar angles as people reforming from different troubled circumstances. In the middle they share this bond and even a short bout of romance. You might even say that “Redemption” feels like it was 2 films bought together. One being an action Statham-style movie and the second being a drama between 2 souls. Because of this, “redemption never feels shallow and entirely particular to any one genre. It however might be too drama rooted for those who just want to stick in another “Transporter“. Sometimes slow moving, “Redemption” is not perfect, but is still a decent experience on its own. Directed by Steven Knight, I have to recommend this movie for the action scenes mentioned. Actress Steven Knight is certainly an interesting talent who has primarily rooted herself in European films. I hope to see more of her especially outside the role of a nun.

Redemption (2013) is now available on Bluray per Lionsgate 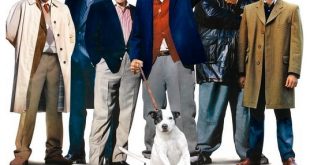 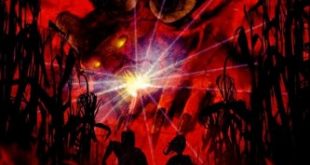