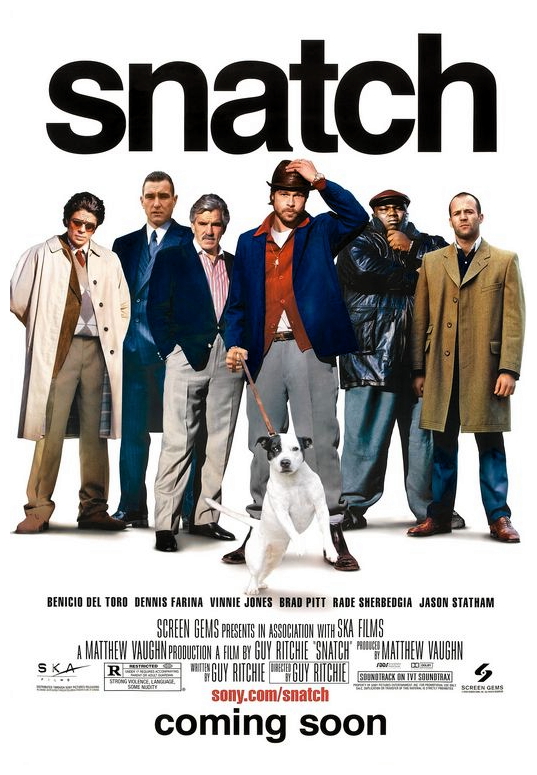 “Turkish, with his close friend and accomplice Tommy, gets pulled into the world of match fixing by the notorious Brick-Top. Things get complicated when the boxer they had lined up gets badly beaten by Mickey, an Irish Gypsy who comes into the equation after Turkish, an unlicensed boxing promoter, wants to buy a caravan off the gypsies. They then try to convince Mickey not only to fight for them, but to lose for them too. Whilst all this is going on, a huge diamond heist takes place and a fistful of motley characters enter the story, including Cousin Avi, Boris The Blade, Franky Four-Fingers and Bullet-Tooth Tony. Things go from bad to worse as it all comes down to the money, the guns, and the damned dog.” (courtesy IMDB)

Guy Ritchie is known for his crime films and the eccentric characters that in inhabit them. Making television commercials since leaving school, he directed his first short film in 1995 which impressed investors enough to back his first feature, the fast-moving crime comedy Lock, Stock & Two Smoking Barrels (1998). More recent Ritchie films include Revolver (2005), RocknRolla (2008), Sherlock Holmes (2009) and Sherlock Holmes: A Game Of Shadows (2011), but his second feature was Snatch (2000). Originally scripted with the title Diamonds, it was another caper-comedy, but this time it was to be backed by a major studio, which meant Ritchie could attract some big Hollywood actors – Brad Pitt, Benicio Del Toro, Dennis Farina – along with favourites Vinnie Jones and Jason Statham. 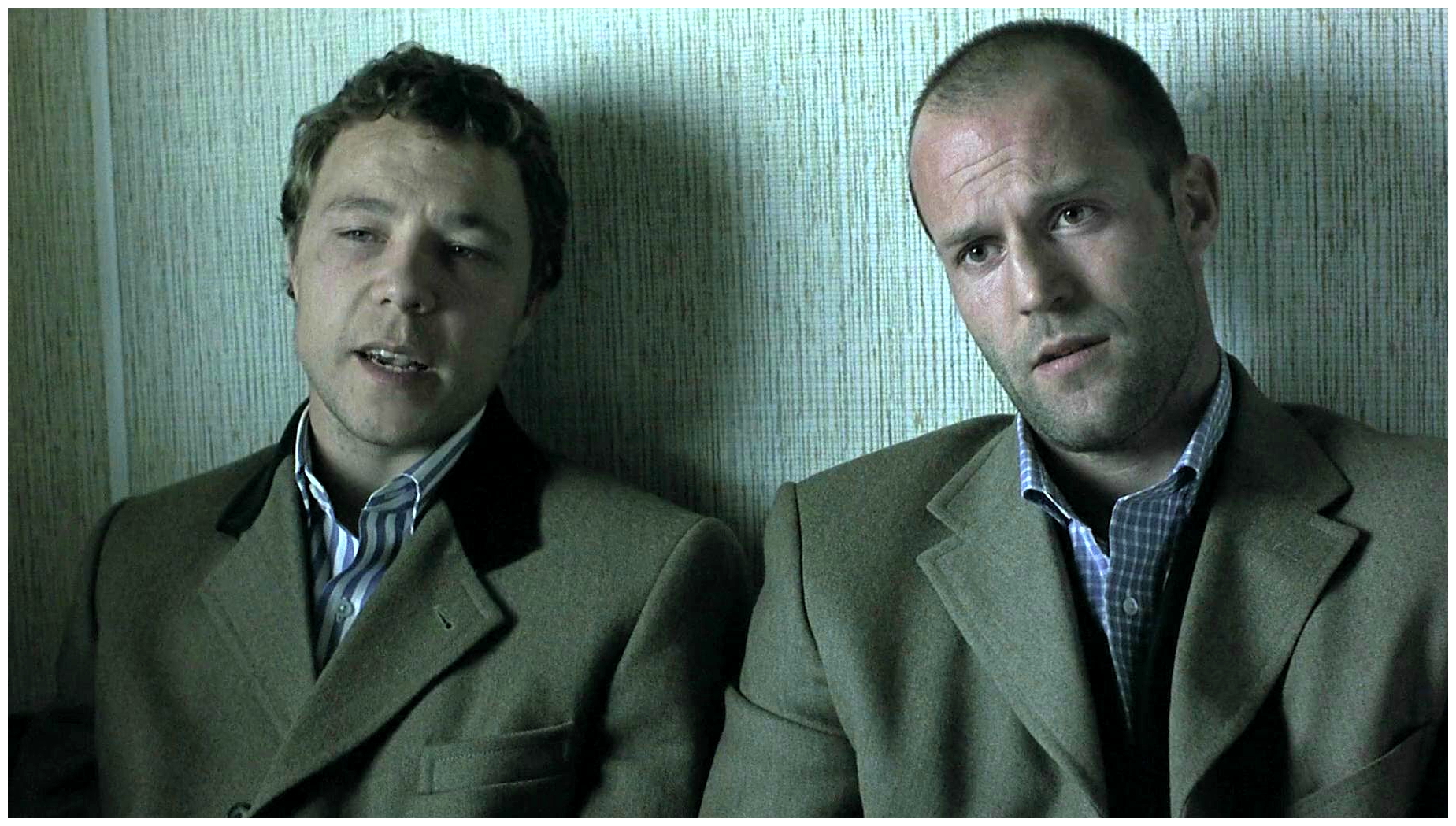 Similar to Lock, Stock & Two Smoking Barrels, Snatch features a complex and inventive storyline in which the characters weave in and out of each other’s lives, and it also plays with time, depicting events from various perspectives. Although in the same mould, Snatch isn’t exactly Lock Stock & Three Smoking Barrels. Instead it’s a more finely tuned, bigger, better, faster, and has established itself as an iconic example of British filmmaking that rose from Tony Blair‘s ‘New Britain’. Ritchie should be applauded as he effortlessly brings to screen taboo subject matters – underground dogfighting and old-school illegal bare-knuckle boxing are mixed together with armed robberies and mindless violence. But it’s the unique style of the film, the cast members and its very English humour that dilutes and transforms this dark and horrific side of life into rip-snorting entertainment. 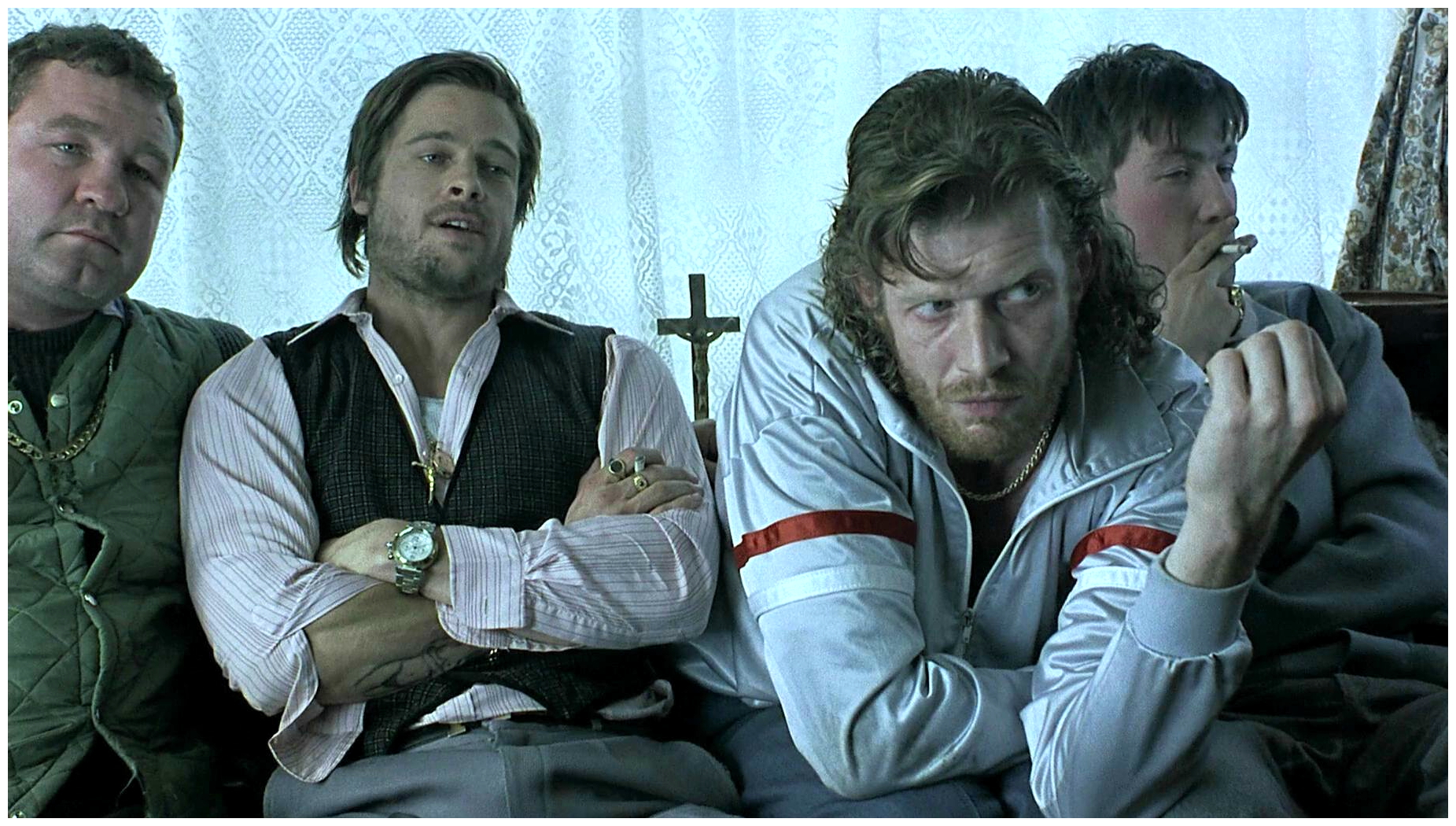 When your main characters consist of the likes of Turkish (Jason Statham), Bullet-Tooth Tony (Vinnie Jones), an unhinged pig-feeding gangster named Brick-Top (Alan Ford – Sean Connery was offered the role but Ritchie couldn’t afford him), Franky Four-Fingers (Benicio Del Toro) and Boris The Blade Yurinov (Rade Serbedzija), you know you’re in for something special. Snatch follows the journey of a stolen eighty-two carat diamond, the common thread that unites the major characters for a madcap series of hilarious set-pieces. After a business opportunity goes completely pear-shaped, Turkish – a bent boxing promoter – and his sidekick Tommy cross paths with a hard hitting Irish gypsy named Mickey O’Neil. Brad Pitt was a big fan of Lock, Stock & Two Smoking Barrels and asked Ritchie for a role in his next film but, when Ritchie found out that Pitt couldn’t do a London accent, he gave him the role of Mickey. 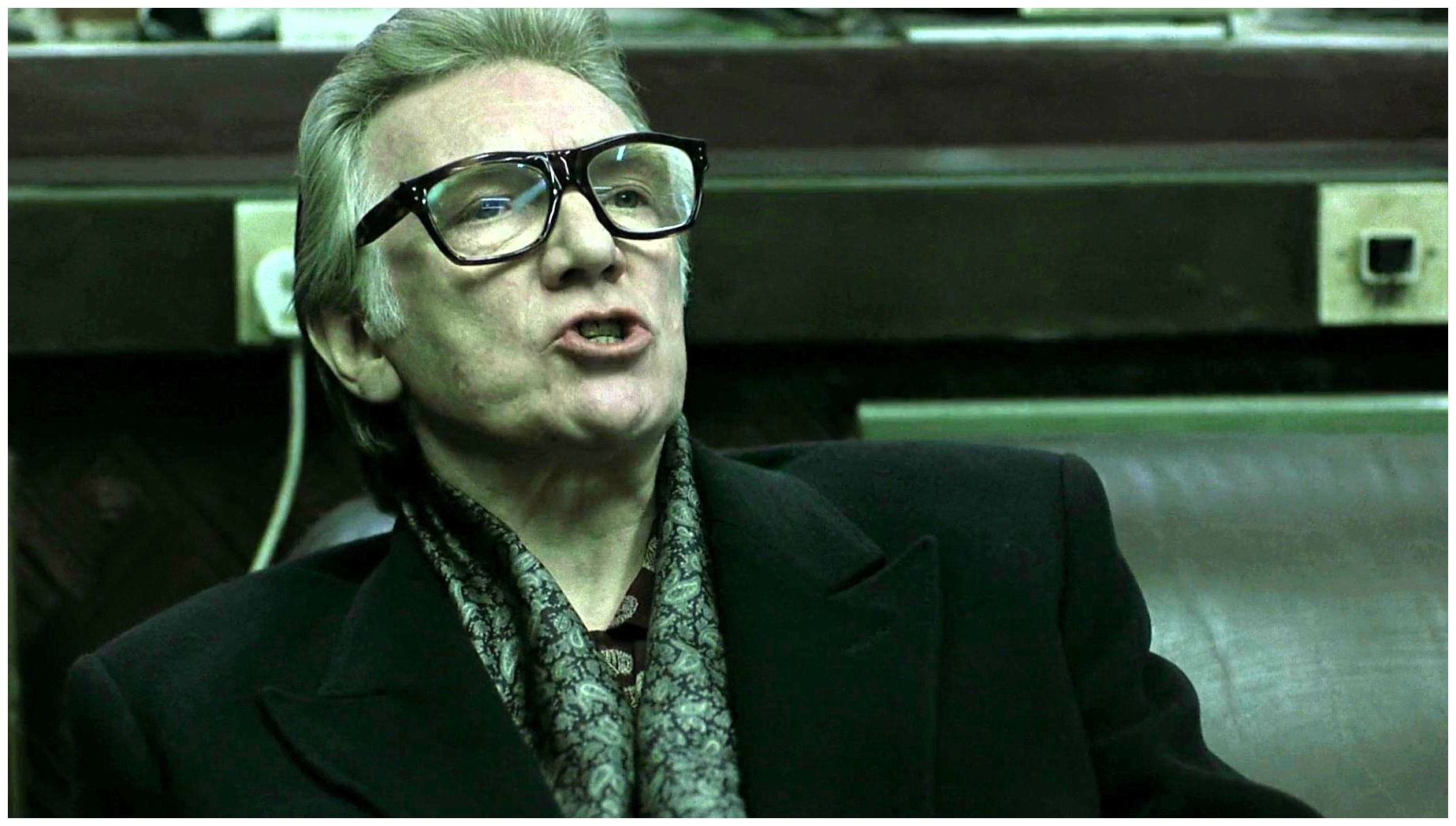 When Ritchie told Pitt that he’d be playing a boxer, Pitt was concerned because he had just finished shooting Fight Club (1999) and didn’t want to play the same kind of role again, but took the role anyway because he was so desperate to work with Ritchie. Mickey’s indecipherable speech was inspired by stupid complaints about the accents in Lock, Stock & Two Smoking Barrels, so Ritchie decided to counter the criticism by creating a character that couldn’t be understood by the other characters in the movie, let alone the audience. Mickey was a particularly ‘earthy’ character, so Pitt made a point of rarely washing as well as swearing a lot during the film’s production. He was initially shocked by the cast’s use of the word ‘c*nt’ but he soon got into the swing. Speaking of which, the word ‘f*ck’ is said 163 times. Anyway, in search of the lost diamond, Cousin Avi (Dennis Farina) teams up with Dog The Head (Mike Reid) and Bullet-Tooth Tony to find the missing Franky Four-Fingers. 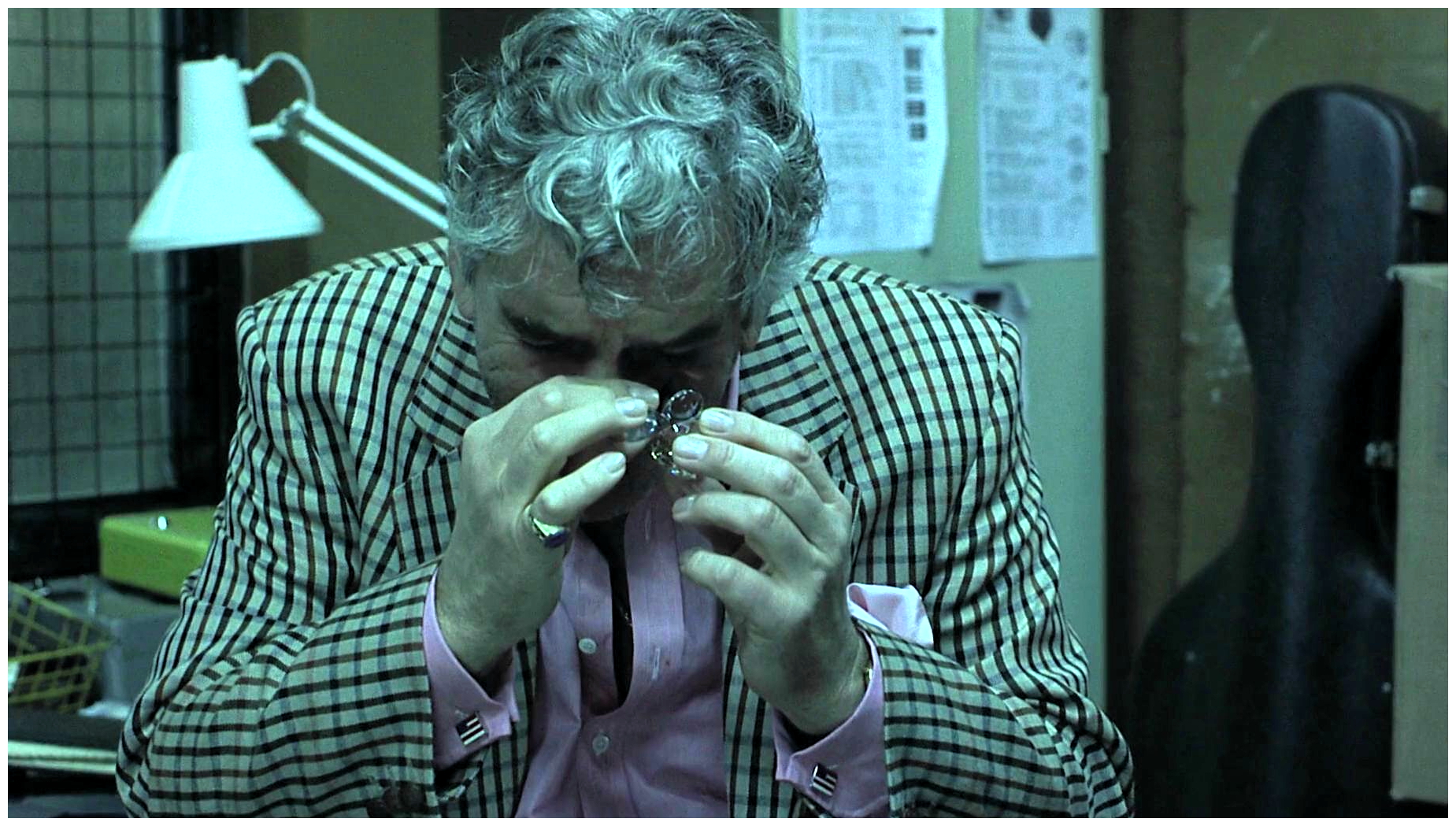 Meanwhile, Boris and a couple of part-time gangster wannabes are also on the prowl. With vicious henchman and a foul-mouthed Brick-Top breathing down Turkish’s neck, the film reaches a climax that has more twists and turns than Mount Panorama. Establishing Vinnie Jones‘ presence in the acting world, Snatch showcases the talents of both Hollywood heavyweights and first-timers. Combining more one-liners than Minder and The Bill put together, and consolidating Ritchie as a major player, it also cemented the United Kingdom as the new home of cool gangster movies. Mad Russians, irate Yanks, replica handguns, a banging soundtrack and a squeaky dog (Bow the dog was very difficult to work with and bit actor Lennie James in the crotch. The actor wasn’t seriously injured, but the dog had to be replaced) also feature prominently, ensuring Snatch is a Brit-flick that belongs in everyone’s DVD library. 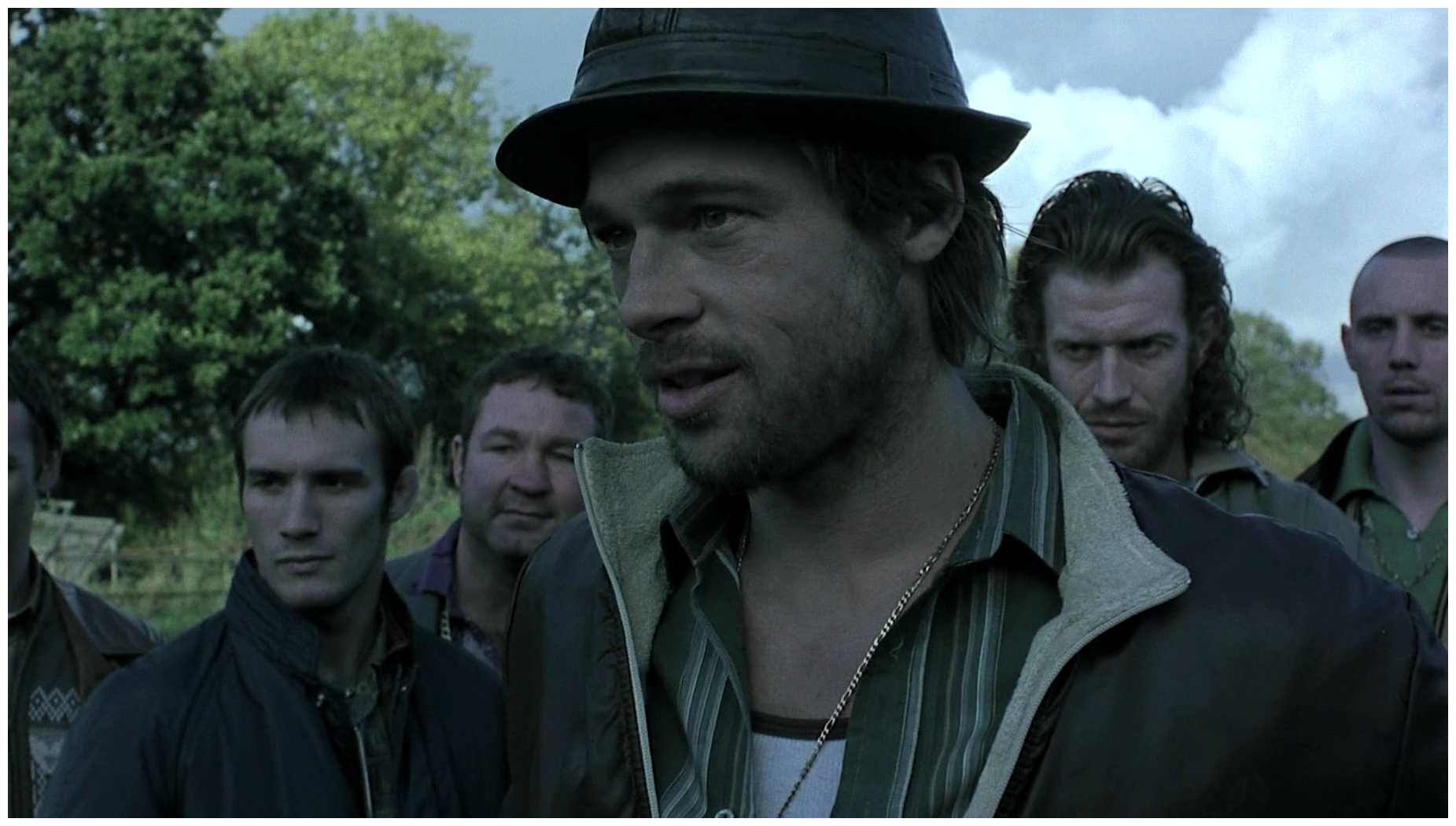 In 2001 a two-disc special edition was released containing both a full-screen and widescreen presentation of the feature, with an audio-commentary track with director Ritchie and producer Matthew Vaughn. The special features on the second disc include a making-of featurette, deleted scenes, original trailer, photo galleries, storyboards and biographies. Inspired by the film’s cult following, a television series was created, produced by and starring Rupert Grint of Harry Potter fame, which follows a group of young scammers who find themselves with a truckload of stolen gold bullion and soon become involved in the world of organised crime. The series successfully debuted in March 2017 and has been confirmed for a second season, but that’s another story for another time. Right now I’ll bid you a good night and look forward to doing the zombie stomp with you again next week when I have the opportunity to lay at your feet another dead bird from the dodgy chicken shop known as Hollywood for…Horror News! Toodles! 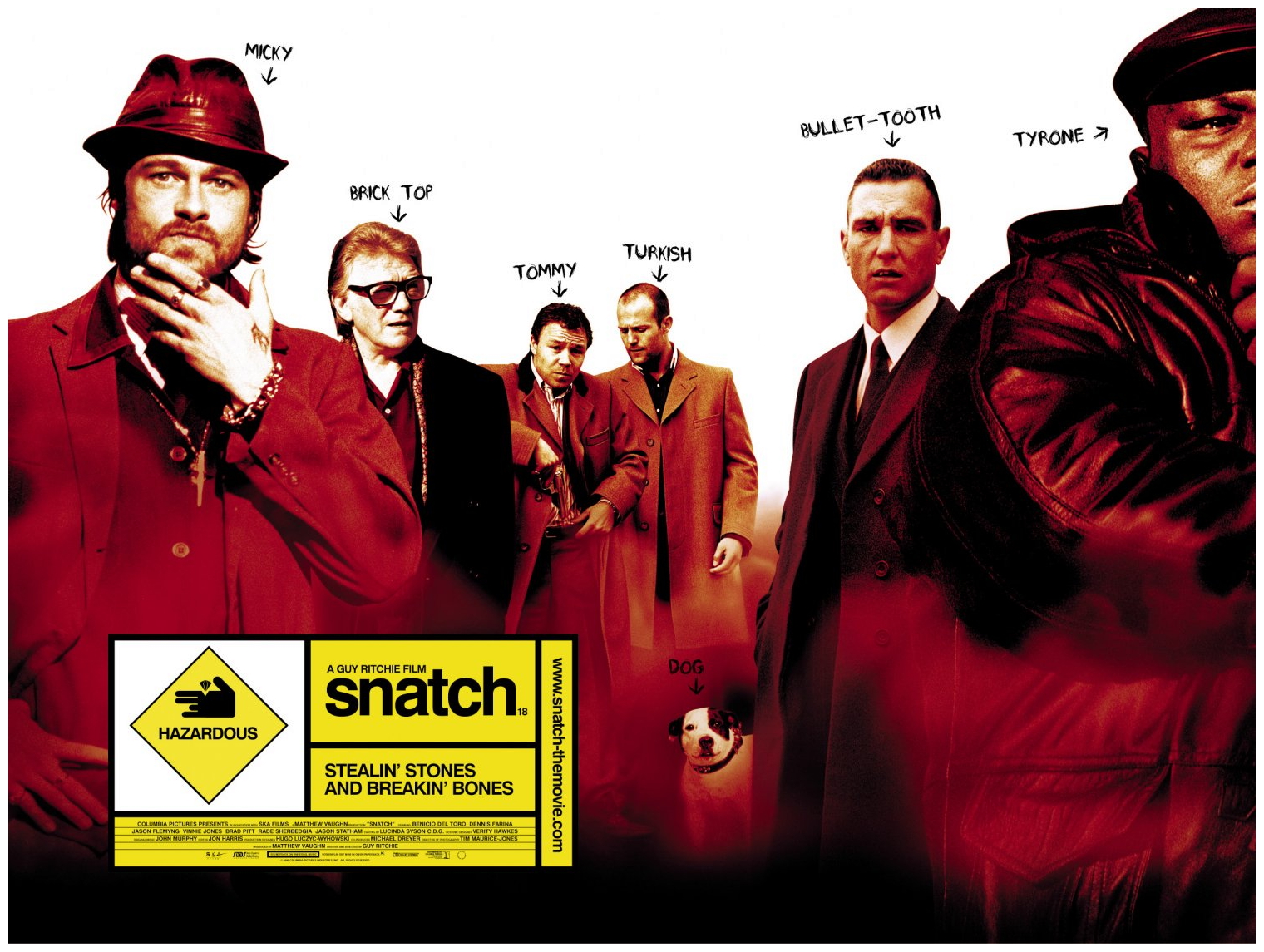 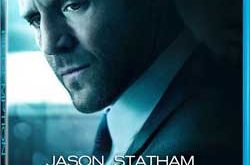