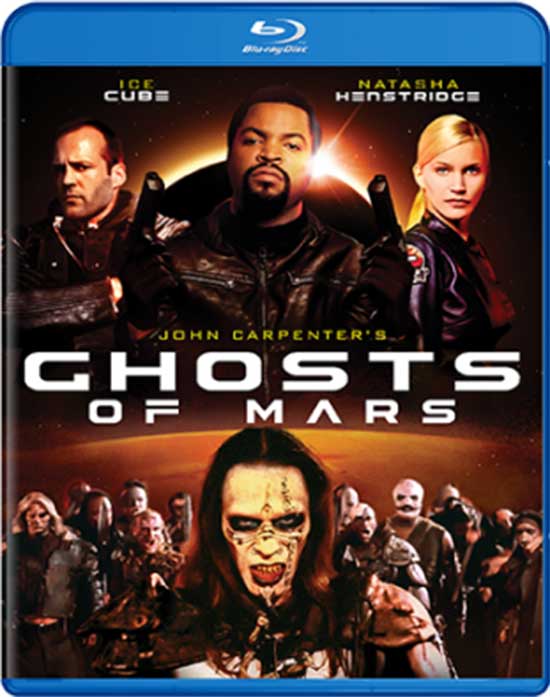 A story of human colonists on Mars who must be rescued after becoming possessed by vengeful Martian ghosts.

As a true fan of John Carpenter’s work, I am fully aware of all his offerings over the years and the level of critical acclaim (or disclaim) his work has received. Without even going further, he has rightly established his place as one of the true masters of horror and cinema. In fact his Master of Horror short “Cigarette Burns” was my favorite of the bunch. We come upon a film, that for many reasons was considered a let down to fans and critics. I never understood exactly why unless you compare this film to his already known masterpieces and find it not worthy of their status. But masterpieces aside “Ghost of Mars” is no masterpiece, however it is really good cinema. My guess is it heavily outweighs alot of films and probably would have gained more recognition as a standalone than as a Carpenter collective piece. It’s not without its flaws though which I’ll mention soon. 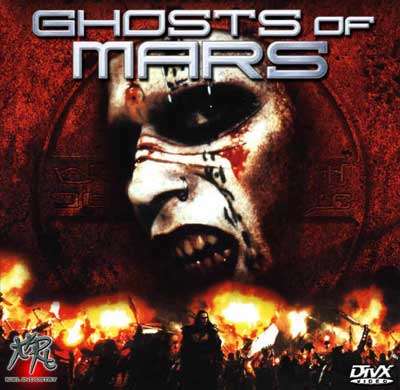 Ghost of Mars revisits the concept of “Escape from New York” under a different premise and different treatment. However, the similarities fall in the sense of a team or individual visiting a chaos driven environment to perform a mission. This case, the team sent to survey the are Sergeant Jericho (Jason Statham) and Melanie Ballard (Natasha Henstridge), who are assigned to pickup transportation prisoner Desolation Williams (Ice Cube). The premise here is that the 2nd half of the 22nd century has inhabitants now living on Mars in what is being referred to as “terra formed”. The humans are able to walk the planet without pressure suits. When they arrive, they are surprised that all of the people seem to be missing. Ballard also uncovers a underground doorway created by alien civilizations that has been opened releasing “ghosts” into the population. These ghosts have possessed the miners there creating a mayhem driven tribe of barbarians. 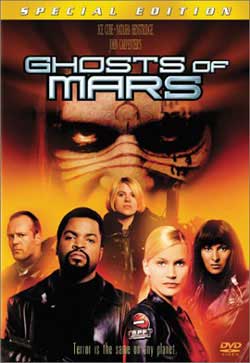 The former miners are now possessed by the spirits of long ago aliens who’s only intent is to be the dormant species. As part of that plan, the alien spirits inflict a form of self mutation on the inhabitants that falls somewhere between cyber punk, Goth, hellraiser and Return of the Living Dead part 3. The main cretin is full of rage and resembles the singer from “Cradle of Filth” with sharper teeth. They have turned the little village into a bloodbath of beheadings and industrial sharpened metal decor. As silly as they might be, they do have a certain hard metal rock look to them which makes for an interesting Mad Maxian feel. 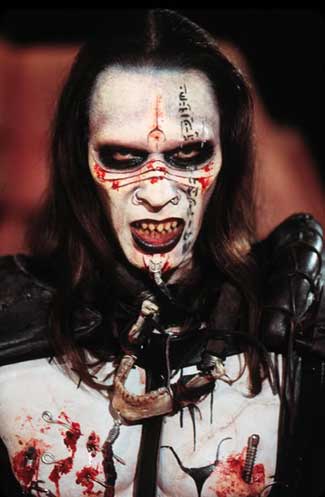 The script and some of the execution is what suffers in this film. The lines at times feel forced and cheesy making for a sometimes unbelievable performance. Natasha Henstridge just does not feel comfortable enough in her own skin for the lead role on this one. Also the sets are ok, but lack something? I’m not sure exactly what….may be they needed more fog in the scenes. Ice Cube is entertaining but at the same time felt like his approach could have been “darker” maybe in a Billy Drago kind of way.

Highlights of the  film include the usual cool sounding Carpenter composed soundtrack. Though this round he has enlisted a bunch of performers contributing a variety of compositions to the score. Performers include Steve Vail, Bucket head Anthrax and Robin Finck. What entailed was a mixed reaction mix that was heavier in rock tonality and guitar solos. Though I stand on the side of the ones who really enjoyed the mix, mot to mention a hip Carpenter composition that was in line with themes from “They Live”, “Vampires” and “Escape from New York”. 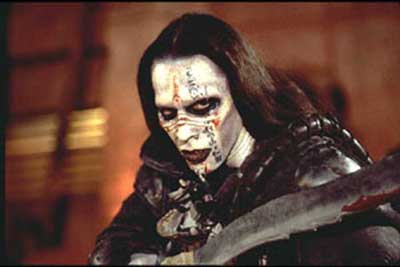 Whether you found this film below standard or not, I stand firmly on the reaction that it was a great combo of horror, action and science fiction. I’m a sucker for gang like films that remind me of “Planet of the Apes” or “Warriors”…and even though this is neither it stills hold a presence of us versus them to the death type of scenarios. 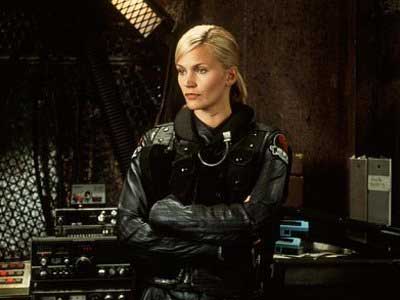 The only good thing that came out this films poor reaction was that the DVD was instantly released at budget pricing. If you’ve never taken time to check it out, I really thinks it a worthy portion of Carpenter collections….critics or not.

Ghosts of Mars is now on bluray per Mill Creek Entertainment