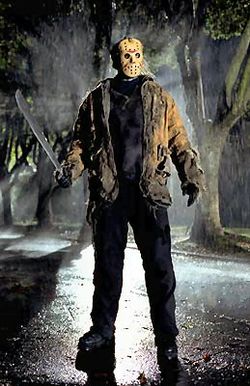 The existence of hero worship aimed at some of the monsters of horror films is something that is often looked at with dismay if not complete and total disgust by many people outside of the horror community. Hell, it’s looked at that way by many of the people WITHIN the horror community. Why would someone venerate a serial killer, a brutal slayer of innocents? Surely these people must be antisocial, psychotic or simply outright homicidal… Right?

No. Being one of those people, I disagree with that sentiment. As far as I am concerned, it is perfectly understandable and even healthy but first you need to understand some things about us.

In Danse Macabre, Stephen King said that horror is essentially about pointing out the anomaly, (referred to as the other in haughty, self-righteous Literary Circles), the thing-that-should-not-be, and purging ourselves of it. Certainly most horror follows this formula (and much of the stuff that doesn’t seems to be a painfully obvious and cheap form of rebellion that only reinforces the norm): the monster has to be acknowledged, identified and then destroyed. But that doesn’t explain why we laud the monster still, instead of its slayer?

The truth is that many of us are other ourselves. Occasionally by intention but largely by those silly cruel accidents of fate, we are not a part of the larger society that surrounds us; the shunted ones, exiles, dorks, dweebs, whatever name you will upon us. We are monsters. At least we’re told we are and we come to believe it in the deepest recesses of our minds. You can talk about the Power of Positive Thinking until you’re blue in the face and rant about the Will To Power until the sun burns out but, in the end, if you are told something often enough, then you begin to believe it. Consequently, when you are told that you do not belong, you effectively do not. Period.

Because of that, we see these creatures of the empty realms as spiritual brothers. Take the quintessential other of horror: Frankenstein’s creature. Sure, he’s ugly as sin and twice as mean but it isn’t his fault. He didn’t ask to be made into what he was and his creator left him alone and screaming for hope in a world that was set against him. Abomination could just as easily have been his name had anyone bothered to name him. I’ve always felt the same way about poor Mr. Hyde, who could help what he was no more than any other wild beast. That pinnacle of normalcy, the social ideal that was Dr. Frankenstein was the one who abandoned his child in hate and disgust; Dr. Jekyll may have despised Mr. Hyde, but he loved to use him as a scapegoat for that deep down primal urge of his to HATE, FUCK, FIGHT and KILL. This is part of why we cry when we are shown over and over again that the monster MUST be vanquished. 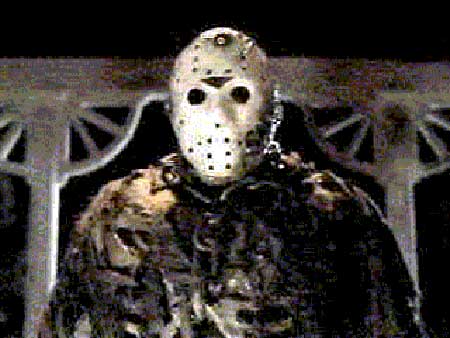 At the same time, they are more than we. Whatever atrocities they may enact, at least they are able to do something about their situation. Admittedly, the fact that they are committing atrocities is attractive. The Creature himself said that if he cannot inspire love, then he shall instead inspire fear. As ugly as it is, is there anything more human than wishing vengeance on those who have wronged us?

With that in mind, let’s look at one of the most popular monster-heroes, Jason Vorhees. Not only is he another unwilling social miscreant (being physically and mentally deformed as well as dead) but boy does he ever help us to feel vicariously powerful. You can say that the victims were attacked because of the sex and drugs and immorality but WE know more about them. They are the same type of people that pantsed us in gym, pelted us with old food and vile names and I could just as easily see them throwing rocks at him as he drowned. Also, to be honest, they are living the life that many of us wish that we could and we all know how bitter of a pill envy can be.

Before you toss that first stone, please be absolutely sure that you have never, in those dark and cobwebby corners of your heart, desired to destroy what you couldn’t have. And while we have to cower in our rooms or hide in public, he is going after the f*ckers with everything that he can find. The world wants him dead and he is attacking it back goddammit! How the hell can you not get behind that? 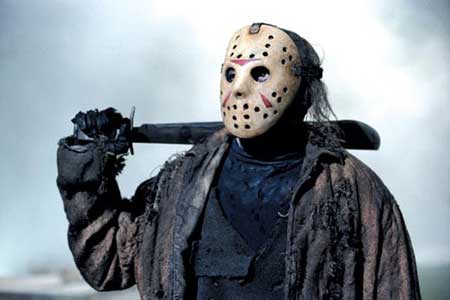 Please keep in mind that this is not accusatory, lest I put myself on the rack as well. The phenomenon that I have been discussing comes as a perfectly natural reaction to a particular situation by people who have no control over it, or, to paraphrase Happy Harry Hard-on, a normal reaction to a f*cked up situation. More importantly, this specific method of coping is by far one of the healthiest both for the individual and the society they are a part of. It provides an outlet for these emotions before they become so overwhelming that the person involved feels desperate enough to leap at any option that presents itself.