Home | Film Review: The Last Will and Testament of Rosalind Leigh (2012) 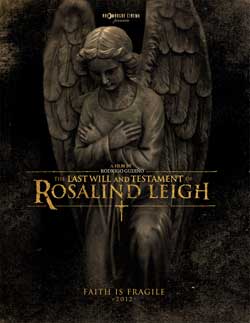 An antiques collector inherits a house from his estranged mother only to discover that she had been living in a shrine devoted to a mysterious cult. Soon, he comes to suspect that his mother’s oppressive spirit still lingers within her home and is using items in the house to contact him with an urgent message.

Under the creation of Rue Morgue’s Rodrigo Gudiño, arrives another excellent example of elegance, horror, and purpose. Leon, an antiques collector arrives at his recently deceased mother’s home to take inventory of the items while contemplating a full sell off. 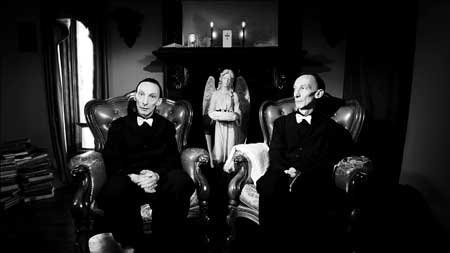 Leon is narrated against the backdrop of his mother Rosalind Leigh (played by Vanessa Redgrave) which acts as a voice to reason behind his exploration of the house. His memories from child hood were indeed unique often being asked to pray to a statue and a much requested candle ritual. The times were odd and misunderstood which sets the foundation to this story. 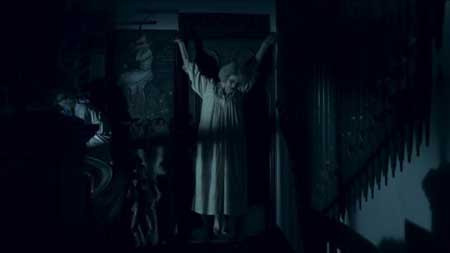 “The Last Will and Testament of Rosalind Leigh” is much more than a simple horror story, as its purpose seems to be a realization of his mothers peculiarities under legitimate concern. As Leon discovers his mother’s residential nooks and crannies, he comes across a room dedicated to a mysterious cult called “God’s Messengers”. While the notion seems absurd, it becomes clear that their purpose was much more seated in realism than one would expect. 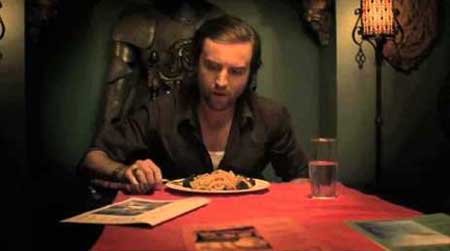 The film manages to maintain a haunted atmosphere through out the course of it story that is enhanced against several odd back droppings of collectibles providing shadows and silhouettes that only need to purely exist rather than ever interacting with the story. Combined with carefully plan camera angles and shots that have a story boarded feel, the film accomplishes alot with very little. 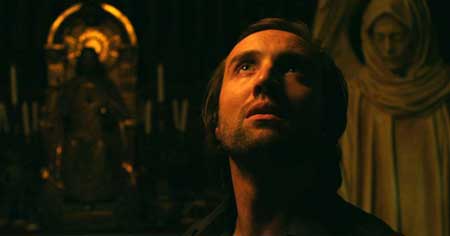 One thing that’s very apparent from start to finish on this unique piece is that its residential setting is a perfect menagerie of artifacts and antiquities. One might feel they walked into a interesting tribute to all things past and curious with the number of original pieces that lay about this house. In fact, this setting is what makes this film so rich. Every shot reveals another detail of stone carvings, statues, and exotic items collected. Gudiño take full advantage of this setting by letting it really produce much of the aura that this film centers around. 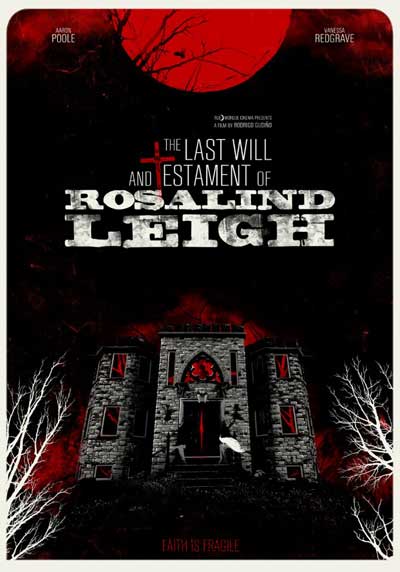 As the story weighs in, it quickly turns into a tense monster movie that questions our main character beliefs, sanity, and actions. It is clear that Gudiño was shooting for a pure approach to horror rather than ever resorting to extreme violence or cliques. Weighing in on the sadness of the tale, we are left with an appropriate feeling of loneliness and despair that transcends the limits of the beyond. “The Last Will and Testament of Rosalind Leigh” is a rich, but simple story that feels a bit different than what we are served up in today’s horror market. I thought it was cool and is definitely worth your time to check out.

The Last Will and Testament of Rosalind Leigh (2012) 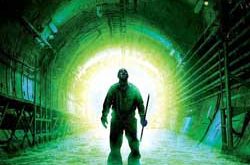