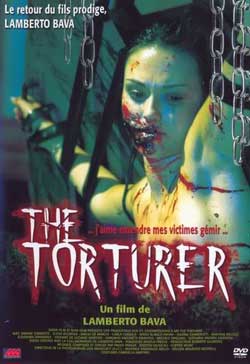 The twenty-four year-old aspirant actress Ginette Cazonni goes to an audition with the underground director Alex Scerba and they have one night stand. Ginette finds one earring identical to the one that belongs to her friend Marzia Foster that has been missing for three days on the stage and keeps it with her. Alex invites Ginette to go to his studio and they go to an isolated house where she meets Alex’s deranged mother and his stepfather and producer, but soon Ginette returns home. When she calls Marzia again, she learns that her friend had also gone to an audition with Alex and has never returned home.

The Torturer is an Italian horror/slasher/serial killer film by director Lamberto Bava. In hearing that sentence alone, any hardcore horror fan’s ears will perk up. Lamberto Bava is, of course, the son of Mario Bava, the godfather of the giallo and a legend of horror. Lamberto Bava was also the assistant director of the classic Dario Argento film Tenebre. But the role he is best known for is director of the Argento produced classic Demons, where we watched as throats were torn open, eyes were slashed out, and a movie audience found itself trapped amongst, well, demons. Unfortunately, twenty years later, The Torturer is more Blood Sucking Freaks than Demons or Tenebre. 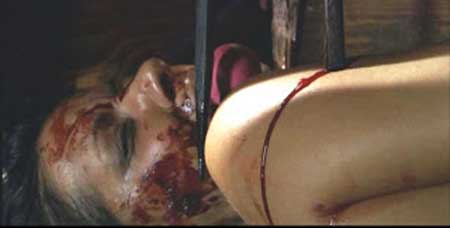 We open with a scene similar to Blood and Sex Nightmare’s opening scene (which can’t be a good sign). A topless girl is tied up and being tortured, at first with a three-pronged weapon, then with a blowtorch. Credits roll as she screams, and the only color throughout is the red of the blood. As soon as the credits finish, we colorize the picture and cut to a young blonde actress (Ginette, played by Russian model Elena Bouryka in her first acting role) on a stage auditioning. The person holding the audition is off-screen, only presented as a distorted voice. He asks her things about pain and violence and sex, making her strip down to her underwear and get down on all fours. Just as she finds a familiar earring on the ground, the voice is personified and we meet Alex (Simone Corrente), the director. A third person, an older man who announces his wealth and role as producer, appears from off stage to argue with Alex, then leaves. To further muddle things, we quickly cut to another colorless scene of a topless woman being tortured, then right back to Alex and Ginette talking. 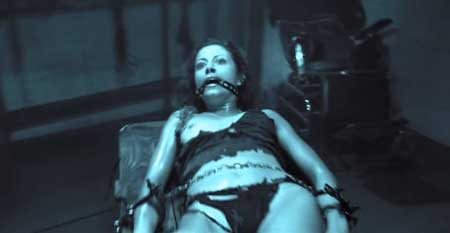 Throughout cuts to various nameless, topless women being tortured in various ways, our story moves forward as we see Alex and Ginette have dinner, then have sex. When Ginette playfully locks him in the bathroom (maybe it was April Fool’s Day?), Alex begins hallucinating kids laughing and a remote control car, then freaks out and breaks down the door. We see the fear in Ginette’s eyes and the rage in Alex’s, so of course they have more sex. He eventually takes her to visit his mother, who is apparently crazy, and we see that the old man from before is Alex’s step-father. As they look around a gazebo, Alex again starts hallucinating, so starts having sex with Ginette again until he see a toy car and yells at it, then tells Ginette to leave. As she does, the mother appears and gives her the matching earring to the one she found on stage earlier. 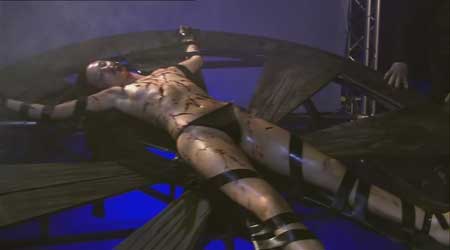 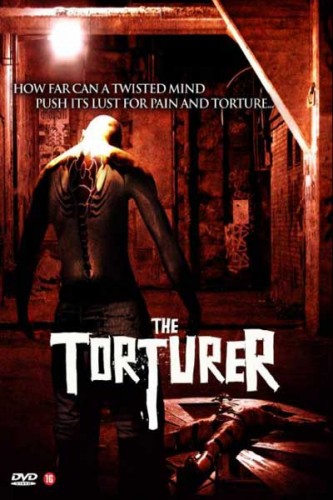 If this doesn’t make any sense, don’t worry. I don’t think it’s supposed to. The plot to The Torturer seems like a third wheel to the match-up of naked models and sadistic torture. We find out the earrings belong to Ginette’s missing friend, who was last seen going to an audition, so detective Ginette gets right on the case and starts investigating, eventually finding some Patrick Bateman-esque diary entries, complete with pictures. Meanwhile, we are introduced to three more scantily clad actresses auditioning for a role, a mystery complex that makes Alex see a small child in hallways, and an obvious red herring that makes us feel bad for not caring who the killer is. 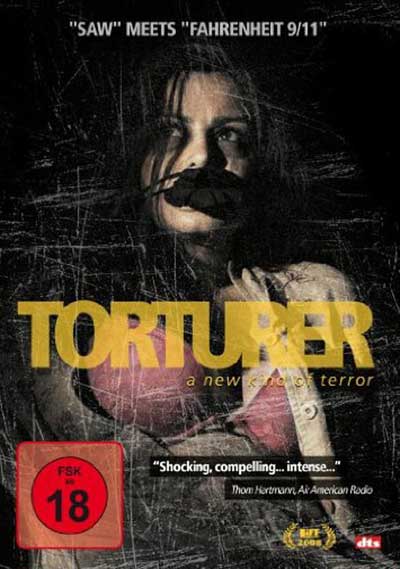 I’m not going to say this movie is unwatchable, because it isn’t, nor will I say it’s a waste of time, because despite my criticisms I couldn’t tell you any other way I’d want to spend my ninety-four or so minutes. All I’m saying is that you should not go into The Torturer with high expectations, or much of any expectations at all. It’s fun enough, it looks good, and the effort was certainly there. But if you’re looking for an intro to the work of Lamberto Bava, find Demons or Macabre or even Delirium first, and come back to this one a little later. That way, you will have already seen his genius at work, instead of thinking this is as good as it gets. 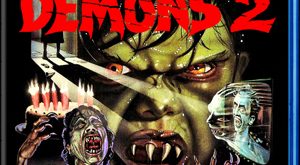 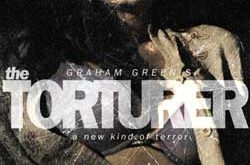 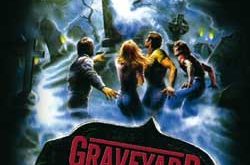