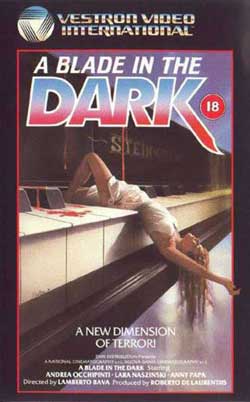 A musician composing the score for a horror film finds himself stalked by a mysterious killer that has some sort of connection to the movie he is working on.

Some people really like giallo films and some don’t. For the most part I really like them because I think that they are interesting, have some sort of mystery to solve, and are usually gory as hell. Lamberto Bava’s A Blade in the Dark ranks up there as one of my favorite giallos for a number of reasons and I’ve always thought that it was one of the more underrated ones that doesn’t get as nearly as much love as it deserves. It’s a fun, well-written little thriller that has a great premise, a compelling mystery, excellent characters, and some nice and brutal death scenes that I really enjoyed. While it may be one of the lesser known giallos in a way I think that it is a winner and it is definitely a film that fans of the genre should check out. 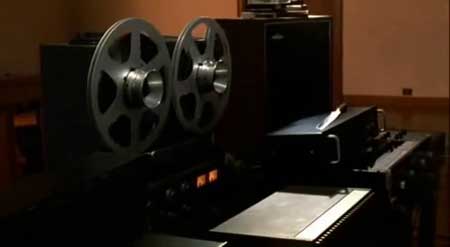 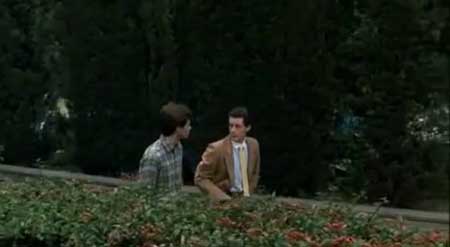 As with almost all giallo films A Blade in the Dark has a mystery that the main character (and viewers) must solve and part of the fun of watching it for me was figuring out who the killer was and what his/her motive was. I’ve always enjoyed horror movies that include a mystery such as the one in this film and unlike others that I have seen I wasn’t the least bit disappointed when all was revealed in the end. It isn’t extremely hard to figure out who the person is behind the murders if you pay close attention and look at all the clues that are given to you during the course of the movie, but that doesn’t mean that you won’t have a blast trying to deduce the person’s identity. It took me a little longer than I liked to figure everything out but I was able to successfully do so before all the questions are answered toward the end of the movie. 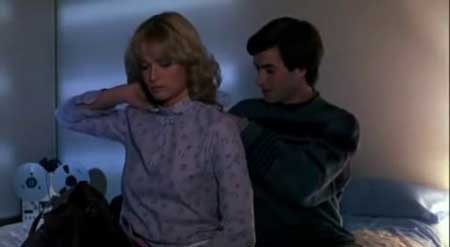 It has a nice little twist toward the end that most people won’t see coming and while some may not like it I thought that it worked and was nothing short of brilliant. It may not be the most original twist of all time as it has been done several times in other movies (both before and after this film) but I enjoyed it and thought that it was a nice touch. I don’t want to give anything away because I don’t want to ruin the fun but let me just say that you should pay attention during the film’s opening scene (which is awesome) as it definitely gives a small clue as to who the killer is. 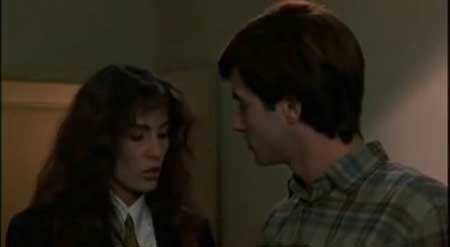 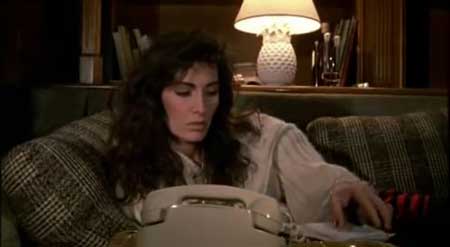 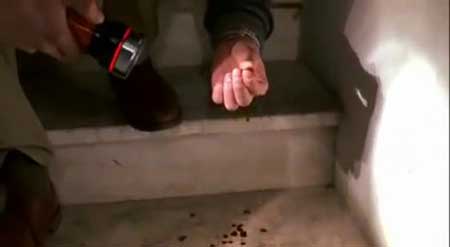 I also liked the fact that it had several awesome death scenes as well. Most giallos feature brutal, realistic deaths and A Blade in the Dark is no different (Angela’s death really stands out for me due to the viciousness of it). The film doesn’t have a huge body count but I didn’t really mind as few death scenes that do take place are so well-done and brutal that they more than make up for it. We get some pretty hardcore stabbings, a strangulation with a piece of film, a bloody bludgeoning with a wrench, and my personal favorite that involves someone having her head smashed against a sink several times. I was a little surprised by how violent and unnerving some of these death scenes were and was even more surprised to find out that the film was originally supposed to air on television in Italy (a decision that was changed once it was deemed way too brutal and instead got a theatrical release as a result). If you like bloody death scenes that leave you feeling a little bothered afterward then this movie is without a doubt for you. 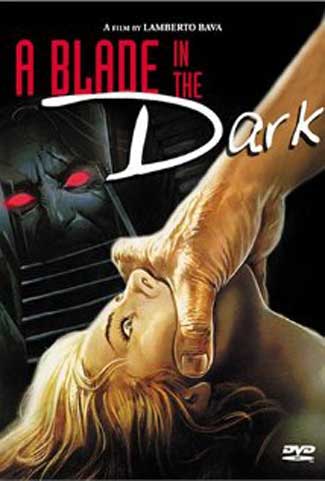 The film has a pretty impressive cast as well. Andrea Occhipiniti is good as Bruno, the main character and even though he seems to be a little clueless as times I still liked him and thought that he was a great character overall. Lara Lamberti also shines as Bruno’s jealous (and somewhat mentally unstable at times) girlfriend Julia. I don’t know if it is just me but there is just a little something off about the character and Lamberti does a good job bringing her to life. Genre mainstay (and protégé of the always great Dario Argento) Michele Soavi does an excellent job in the role of Tony as well and was probably my favorite character for a lot of reasons. A Blade in the Dark has a fantastic cast and everyone involved did a fabulous job if you ask me. 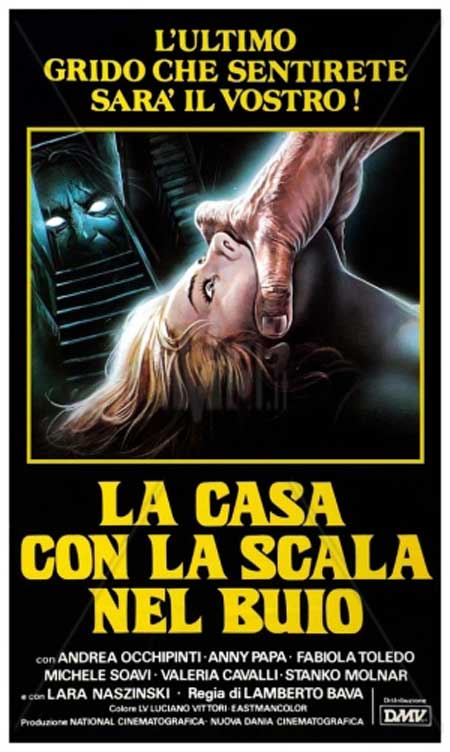 Lamberto Bava has always been one of my favorite Italian directors (I love Demons and Demons 2 as they are both on my list of all-time favorite movies), and he definitely delivers with A Blade in the Dark. I think it is one of the best giallo films out there and I think that it is a shame that it is somewhat overlooked when compared to other films of its kind. Do yourself a huge favor and check it out if you haven’t seen it yet as it is without a doubt worth a look. Highly recommended!