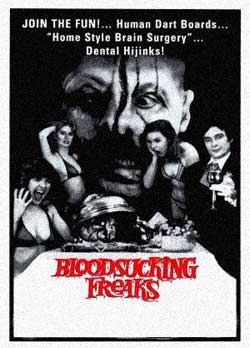 Sardu, master of the Theatre of the Macabre, and his assistant Ralphus run a show in which, under the guise of ‘magic’, they torture and murder people in front of their audience. But what the punters see as a trick is actually real

One of the masters of modern horror, Halloween director John Carpenter once referred to horror films as being “viewed as a low-rent genre, just a notch or two above p*rnography.” In the case of Joel M Reed’s 1976 movie Bloodsucking Freaks, it is a very small notch. At least nine members of the cast came from the adult film world, as did the cinematographer and the casting director. This cult classic, which was originally named The Incredible Torture Show (T.I.T.S., get it?) before being re-released in 1980 under its new title, is one of the earlier versions of what is today considered “torture p*rn.” And from here forward, when I mention a female character assume she is fully nude and being treated poorly unless I mention otherwise. 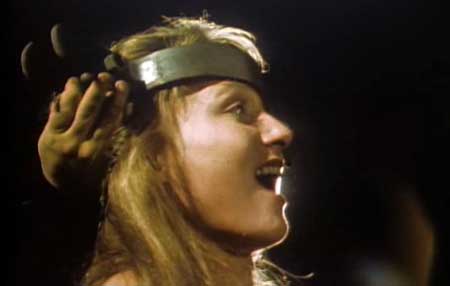 In All I Need To Know About Filmmaking I Learned From The Toxic Avenger, Troma co-founder Lloyd Kaufman calls Bloodsucking Freaks “probably the most f*cked up film in the Troma catalogue.” It could also be considered the movie that gave Troma its initial push, as the money made from Bloodsucking Freaks went to create 1979’s sex and sports comedy Squeeze Play, Troma’s first “hit” film. This wasn’t the only time Reed and Kaufman would work together. Troma went on to re-release Reed’s 1971 film Wit’s End in the mid-eighties, re-titling it G.I. Executioner. Reed would once again meet up with Kaufman in 2012, this time both in acting roles in I Spill Your Guts (also starring Debbie Rochon, Oderus Urungus of GWAR, and Andrew W.K.). 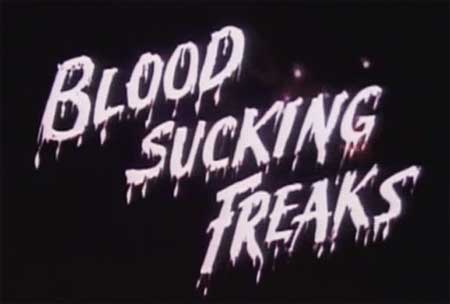 Bloodsucking Freaks is a sleazy, gory movie about the Theatre of the Macabre, an underground stage in New York where Sardu (Seamus O’Brien in his best Anton LaVey meets Ming the Merciless impression) and his sidekick Ralphus (Luis DeJesus, who started in P*rnography and worked his way up to Ewok) put on their own version of the Grand Guignol to the delight and disgust of their audience. They put on a show where they torture and kill some random person (probably a naked woman) under the guise that it is all an act (very similar to Herschell Gordon Lewis’ The Wizard of Gore, all the way down to the red paint-like blood). Behind the scenes, Sardu is running a white slavery ring, selling the girls he does not torture to Middle Eastern businessmen. When a renowned critic tells Sardu his show is so bad that he won’t even review it for fear it will hurt his own reputation, a new show is planned in which Sardu and Ralphus will kidnap the critic and a famous ballerina and make them the stars. 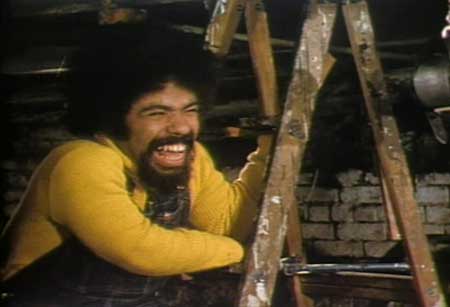 That’s it. That is pretty much the entire story that is stretched over the eighty-eight minutes of fun that is Bloodsucking Freaks, minus the end details which I won’t spoil here. Much like a P*rn film from the same time period (reference back to that opening quote from Mr. Carpenter), the point of the storyline here seems to be to simply connect the torture scenes together, and even then it’s a stretch. 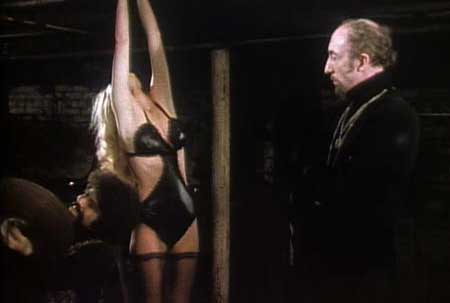 Reed said he drew influence for the movie from a nude S&M ballet and Ilsa: She-Wolf of the SS, but we can also easily see some John Waters and H.G. Lewis influence as well. A woman has her hand cut off, then her eye ripped out and eaten by Ralphus while a crowd cheers, bringing back warm memories of Montag the Magnificent. We see that Sardu keeps a cage full of hungry and possibly feral naked women in the basement. When the critic is kidnapped, it happens at an art gallery where a woman distracts him by opening her trenchcoat to reveal she is naked with a dildo tied to her waist (a very Pink Flamingos moment). Feet are chainsawed off, fingers are used as gambling chips, and we can’t forget the infamous human dartboard scene. 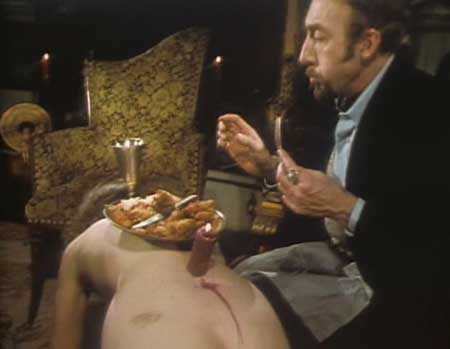 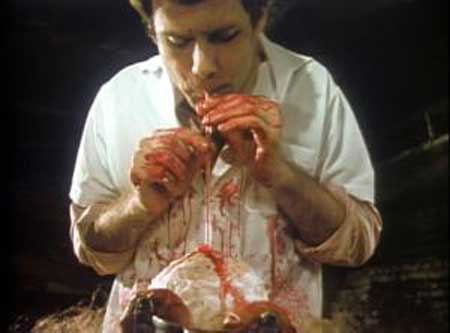 As mentioned before, Bloodsucking Freaks is essentially a collection of torture scenes strung together using a flimsy plot. None of the scenes seems more thrown in, though, than when a doctor is brought in to check on the kidnapped ballerinas health. In place of money, he performs his services in exchange for one of Sardu’s women. He slowly and sadistically pulls out her teeth, one by one (in a scene that would be perfected years later in Oldboy). Then he cuts her hair, shaves her bald, and drills a hole into her head. He finally inserts a straw into her skull and sucks out her brain. Why? Don’t ask why, just enjoy the show.

When your friends tell you this movie is a classic, they don’t mean it compares to Citizen Kane or Seven Samurai. No, Bloodsucking Freaks has gained its “classic” status as a result of the fun that can be had watching it over and over in an almost Rocky Horror Picture Show kind of way. The acting isn’t horrible, but there were no Oscar nominations here. The violence and gore is gratuitous to say the least, and we wouldn’t have it any other way. This movie is everything an exploitation film is supposed to be: bad acting, boobs, blood, and even the famous movie poster showing a decapitated head on a platter and girls in bikinis looking on in horror, none of which happens at any point in the film. Could you find a better movie to watch? You bet you could. But no true horror fan’s collection is complete without a copy of Bloodsucking Freaks on their shelf.