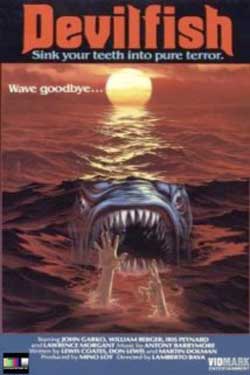 A marine biologist, a dolphin trainer, a research scientist, and a local sheriff try to hunt down a large sea monster, a shark/octopus hybrid, that is devouring swimmers and fishermen off a south Florida coast.

Over the past year or two I have enjoyed more and more films of the monster mash up variety. Piranha 3D (2010), Sharknado (2013) and Shark Night (2011) are just some of the films I’ve seen recently which have given me trashy cinema orgasms. Yet as anything in life, not all monster movies can be fun. 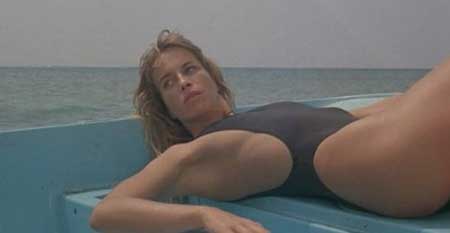 Devil Fish released in 1984 is directed by the talented Italian director Lamberto Bava (Demons 1 and 2) and features a half shark/half octopus attacking innocent civilians. With such a promising premise and director you would think that Devil Fish would at least be a guilty pleasure. The best way I can describe Devil Fish (Monster Shark in it’s originating country of Italy) is to use the analogy that the film is a fish that has just been caught and is flopping around on the ship’s deck, close to death. What could have been a blast just ends up being a boring-ass version of Jaws (1975).

Set in America (but spoken in the actors different native tongues and dubbed over again into English) we meet Dr Stella Dickens (Valentine Monnier) and Prof. West (William Berger). Both work together and are lovers of the ocean. After discovering a limbless torso in the sea they both start to investigate and begin their search for the monstrous creature. The love interest for Stella comes in the form of technician Peter (Michael Sopkiw) who joins the team to find the killer shark.  There is a also a subplot of a hungry corporation after money and willing to kill anyone who gets in their way (maybe this is the monster shark the title speaks of). 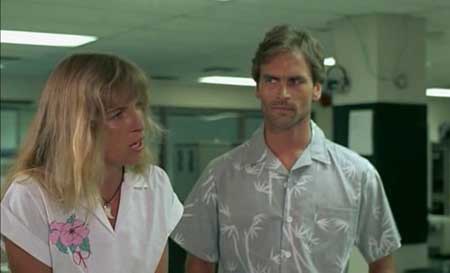 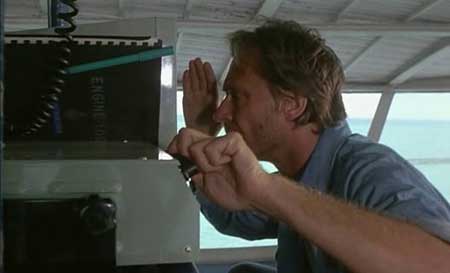 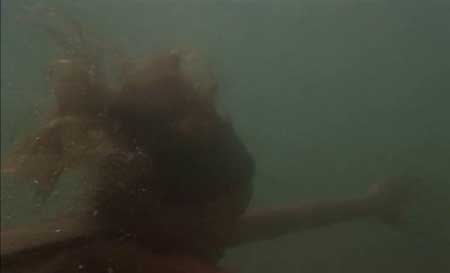 In the way that each actor channels such serious drama it is hard to dismiss that Bava was really trying to make a hard-hitting thriller and his own version of Jaws. I mean you only really get to see the monster in bits and pieces and that’s about 3o minutes into the film. Instead of gory deaths we just get talking…..lots and lots of talking. Thank God for the terrible dub otherwise my interest for the film would have been non-existent. The English dub adds lots of hilarity including screams and shouts which are so out of sync and out of character that it gives the film a comedic element that I’m sure it didn’t have before. Other than that the acting is forgettable, not being bad enough to enjoy.

A noticeable trend of the male characters throughout the film is the terrible way they treat the women in Devil Fish. Firstly Peter (the male protagonist) already has a assistance who he sleeps with and the foreplay between them both is Peter telling her she is nothing and that he sleeps with a lot of other women. However once Stella and Peter fall in love and have passionate sex on a beach (with what sounds like soft core P*rn music in the background) the assistant is all but forgotten. The film also has some great one liners directed at women including “you are luscious and juicy” and “for a woman who has the sensitivity of a slut..” which all seem pretty harsh towards the feminine sex. Lastly the majority of the violence on screen involves a woman, either being attacked by the monster or in one scene being stripped naked, strangled and drowned in her own bathtub. The only reasoning I can think of is that maybe Bava had a bad break up while filming Dead Fish. 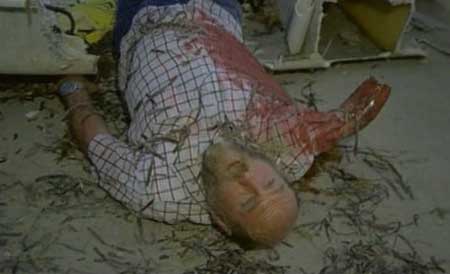 Apart from those titillating scenes we get very little action time with the monster. Only in a few instances do you see flashes of the monsters face and its tentacles reaching out to kill its prey. Yet even these scenes aren’t gory enough to make up for the slow pace of the rest of the film. Mystery Science Theater 3000 does an episode on Devil Fish so I would recommend if you wanted to check this film out to probably see it with the running commentary of MST3K. At least to make the film a bit more bearable.

This film is good-bad at rare moments but usually by accident, it’s need to take itself so seriously is its downfall. With a plethora of monster movies out there much better than this one, I suggest to go out and explore elsewhere because Devil Fish is a fishy flop.