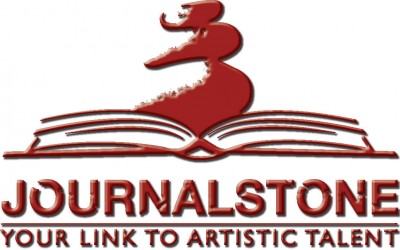 JournalStone Publishing (JSP) President, Christopher C. Payne is pleased to announce the signing of multi-year contracts with multi-award-winning, celebrated authors, Joe McKinney and Lisa Morton, each, respectively, for the publication of six new novels. Joe McKinney will be writing a currently undisclosed three-novel series as well as three stand-alone novels. Lisa Morton will be writing two three-novel series, the first of which, Netherworld, involves Lady Diana Furnaval, who is on a mission to close the 81 gateways to the Netherworld. Even for a well-heeled widow in 1879, however, travelling alone can be difficult, so she’s joined by a charismatic young man, Stephen Chappell, and a daring young Chinese sailor named Yi-kin on her global, and transdimensional journeys that will put her face to face with evil greater than she’d ever imagined. Ms. Morton will also be writing a second, currently undisclosed three-novel series.

About the Authors: Joe McKinney is a San Antonio based author of numerous horror, crime and science fiction stories and novels. His works include the four part Dead World series, the crime novel, Dodging Bullets, the science fiction disaster tale, Quarantined, his horror novel, Apocalypse of the Dead, these last two being Finalists for the Horror Writers Association’s Bram Stoker Award® for Superior Achievement in a Novel, and Flesh Eaters, which won the Bram Stoker Award for Superior Achievement in a Novel for 2011. His short fiction has been collected in The Red Empire and Other Stories and Dating in Dead World.  In his day job, Joe McKinney is a sergeant with the San Antonio Police Department, where he works as a patrol supervisor. Before being promoted to sergeant, Joe worked as a homicide detective and as a disaster mitigation specialist, with over fifteen years of law enforcement experience.

Lisa Morton is a screenwriter, author of non-fiction books, award-winning prose writer, and Halloween expert. Her work was described by the American Library Association’s Readers’ Advisory Guide to Horror as “consistently dark, unsettling, and frightening”, and Famous Monsters called her “one of the best writers in dark fiction today.” She began her career in Hollywood, co-writing the cult favorite Meet the Hollowheads (on which she also served as Associate Producer), but soon made a successful transition into writing short works of horror. After appearing in dozens of anthologies and magazines, including The Mammoth Book of Dracula, Dark Delicacies, The Museum of Horrors, and Cemetery Dance, in 2010 her first novel, The Castle of Los Angeles, was published to critical acclaim, appearing on numerous “Best of the Year” lists. Her book The Halloween Encyclopedia (now in an expanded second edition) was described by Reference & Research Book News as “the most complete reference to the holiday available,” and Lisa has been interviewed on The History Channel and in The Wall Street Journal as a Halloween authority. She is a four-time winner of the Bram Stoker Award®, a recipient of the Black Quill Award, and winner of the 2012 Grand Prize from the Halloween Book Festival, and she recently received her ninth Bram Stoker Award® nomination for the graphic novel Witch Hunts: A Graphic History of the Burning Times (co-authored with Rocky Wood and illustrated by Greg Chapman). A lifelong Californian, she lives in North Hollywood, and can be found online at www.lisamorton.com.

About the Publisher: JournalStone Publishing is a small press publishing company, focusing in the Science Fiction/Fantasy/Horror genres in both the adult and young adult markets. JSP also owns and operates the Hellnotes website, offering daily news and reviews of interest to genre readers and fans, and Dark Discoveries Magazine, a slick, full color, distinguished and internationally distributed quarterly magazine.