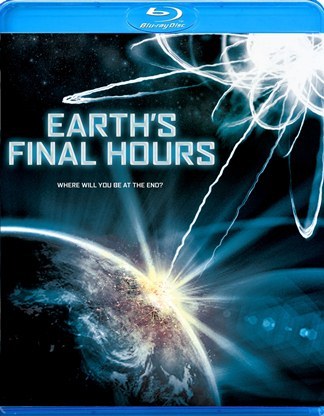 After dense matter from an imploded white hole hits Earth, the planet’s rotation is devastated. A group of government agents must locate a lost satellite network that is the world’s only hope for survival.

Well, I was drawn into this one due to the marketing boasting some pretty cool Fx work. I will say that there are some really decent “end of the world” sky pyrotechnics going on. I won’t say I’m over “end of the world” films, but I am a bit burnt out on so many in the last few years. This one is coming off the SyFy channel collective which means it probably will drag things out longer than they have to (and for the record, it does)

The premise is grounded in one of those scenarios which essentially involves the earth’s rotation stopping (the axis) and the break down of magnetic fields within the earth’s atmosphere. Any reader of science conspiracy books knows that this idea is not a new one (and threatens our existence at any given moment, for that matter). So the premise is not off track as far as scenarios go. There are plenty of FBI agents and X-files-like cover-ups going on that you begin to wonder if the rest of the world is even paying attention to all this atmospheric destruction hovering over head. 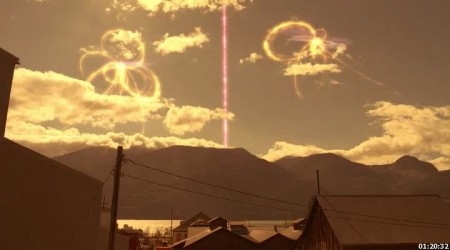 In the tradition of science we are inundated with a “white hole”, this round. Are white holes better than black holes? Nope, still destructive and pending an implosion of mass destruction…cool, eh? (Well at least in a viewer sense)

The cast is pretty decent which of course helps to blanket the idea that it’s a made for TV movie. Robert Knepper (yep, star of the series “Cult”) plays the role of John Streich, an FBI agent who despite being a company man, “get’s it” that something needs to be done or else face the extinction of most of the planet. Bruce Davison, is Rothman, a scientist who has been locked away in a mental facility for many years by the CIA to keep him away from his “end of the world” agenda (kind of like the “Walter” from “Fringe”, I suppose). 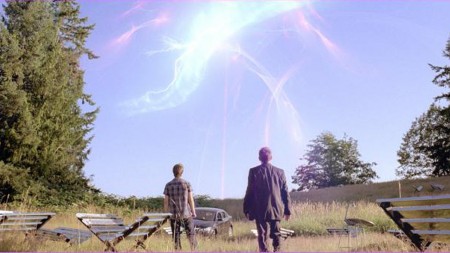 Rothman, of course is “needed” with all his predictions coming true. In fact, he is the only man who has the knowledge needed to complete his “Resonator” project which can save mankind. Yep, he gets the ultimate “I told you so…bastards” satisfaction out this (at least for a bit).

Actor Cameron Bright plays John’s son Andy Streich, who is also an elite hacker. The character setup falls real nicely into “whoops got caught again dad” hacking into the FBI’s private affairs. “Hey Dad, yep, it looks like they’ve been hiding the end of the world…crap!” Cameron Bright has been in quite a few movies but I most remember him as “Leech” from the ” X-Men: The Last Stand”. 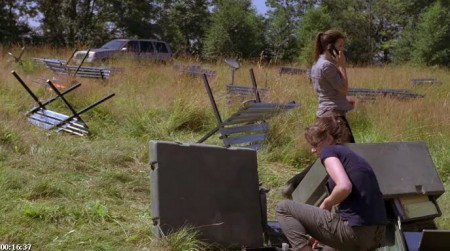 After going the distance and taking in the whole production front to back, I can summarize this film up as a “tease” of sorts. On the front end we get some cool razor-rays from the sky taking out buildings and unlucky agents, on the back end we never do see the destruction that we are building up to. Why? because all these films roughly end the same with some name star saving the day for mankind and some teen (hacker, no less) aiding in the process. 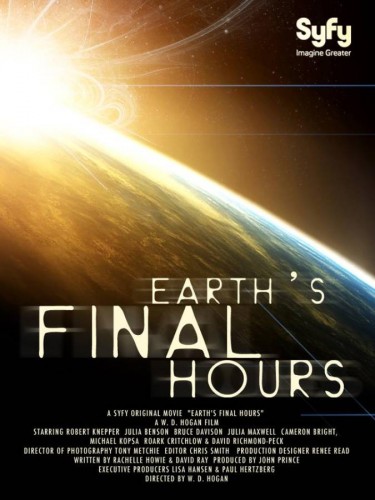 The formula here is a “wash, repeat” formula that has been done a dozen different ways with the same outcome. The difference between this one and “those” big budget films, is the inclusion of more visual wizardry to get us there…take for instance “The Core”, “Volcano”, 2012…..etc. In other words, “Earth’s Final Hours” doesn’t really hit its marks.