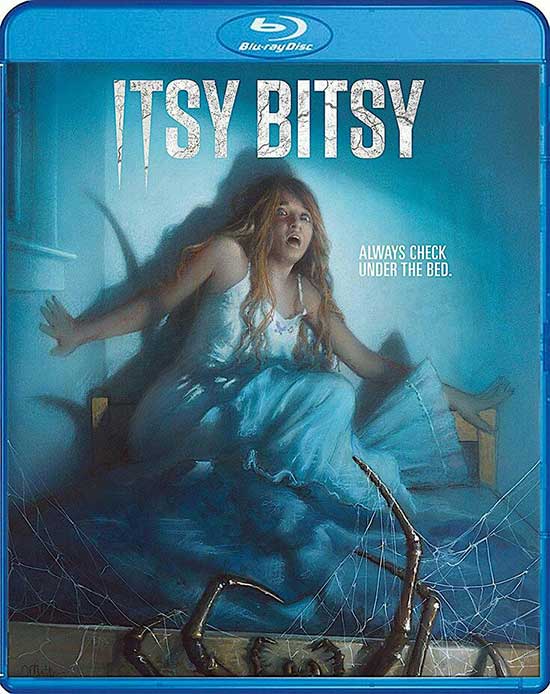 Based on the centuries old poem, a family moves into a secluded mansion where they soon find themselves being targeted by an entity taking the form of a giant spider.

Have I expressed my dislike of spiders before? I really don’t like them. Not phobic, but I don’t trust them to just walk away and go enjoy the wilderness or something. Face it – in a world full of weird and creepy things, spiders rank up near the top of the “things that might truly be alien or Cthulhu’s drinking buddy” list.

When it comes to spider movies, you have the silly ones, like 1955’s “Tarantula”, or comedy riots, like William Shatner in “Kingdom of the Spiders”, or films that give the spiders their creepy due, like “Arachnophobia”, which was a comedy, but the spiders were no laughing matter. 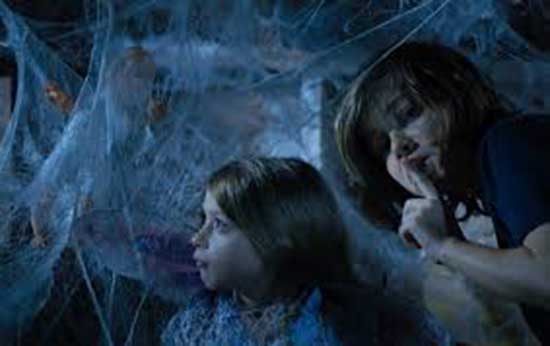 “Itsy Bitsy” knows how unnerving these monsters can be and uses that to a fine advantage.

Kara is a mother with two kids, a new live-in job, and steamer-trunks-full of emotional baggage that we see her aggressively self-medicating with pills from a bottle. Throughout the first hour of the film, we are shown flashbacks to the event that resulted in the family’s current situation. A car accident claimed the life of the youngest son, and Kara was driving. Even after having a child to replace the one who died, the relationship collapsed. Kara took a job caring for an older man with limited mobility and left with the kids. 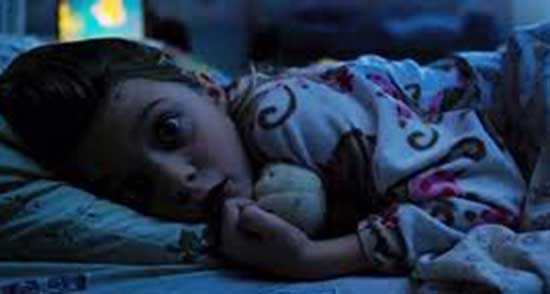 She feels like she has failed her marriage, her family, and herself.

The son, Jesse, rebels against his mother’s self-obsession, but cannot seem to make her understand how far away she has gone, emotionally. Plus, he is tasked with caring for his younger sister, Cambria, and the stress of his responsibility and his urge to just be a kid is tearing his psyche apart.

If that isn’t enough to deal with, Walter Clark, the guy Kara is hired to care for, has a visit from Ahkeeba, a young man who was helped by Walter’s wife. When the wife died, Ahkeeba blamed a local tribe of spider-god worshippers for the woman’s death. After years of trying, Ahkeeba gets his revenge against the tribe and steals the precious and dangerous Black Egg as a blood offering to Walter. The old collector refuses the gift as he wants nothing more to do with his past life. His guest smashes the egg in frustration when Walter leaves to greet Kara.

Ahkeeba leaves, wounded and in a panic, only to crash as a fresh bite wound shows signs of necrosis. 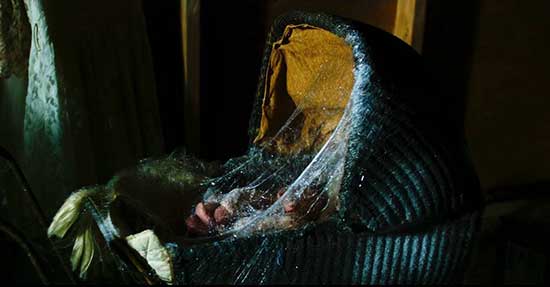 Unfortunately, those legends about the spider god are real. In the form of a very large spider. Forget your rolled-up newspaper. You’re gonna need a bigger weapon.

“Itsy Bitsy”, thankfully, plays the bulk of the film dead serious. That feeds the tension between the characters as well as being stalked by a creepy-ass spider about the size of a small bulldog. Between scenes of the characters tearing each other apart inside, we see the spider scurry about the property, watching the people and animals as likely meals.

I will admit the “spider vision” bit made me giggle a time or two as it seems silly; it appears to be there simply to keep low-brain-activity viewers aware the spider is stalking someone. If you don’t roll your eyes at the effect at least once, you should play high-stakes poker.

As other reviews have pointed out, the first 45 minutes are mostly built around setting up the characters and letting their conflicts bubble to the surface. This is a good move as there just is not enough spider action to cover more than the intense last 20 minutes or so. Instead, we need to understand why these characters don’t just cut and run at the first sign of difficulty. Yes, it means the first chunk of the film is primarily emotional turmoil. If you are here for non-stop action and gore, you have come to the wrong place.

The spider effects are almost all physical effects, which gave the spider a hint more gravity than the usual all-CGI creatures. Boy, is this critter one ugly mess. It’s more effective, when wrestling with a creature, if you can actually see the actors GRAB the creature, and I’m confident that actors do better when they have a physical enemy to act and interact with. Nearly all the action scenes do an excellent job of holding your attention even if you aren’t likely to sit on the edge of your futon during any of them.

Fortunately, “Itsy Bitsy” knew you’d be spending most of your time with the people, and the film has a cast more than capable of carrying the emotional side of the story. 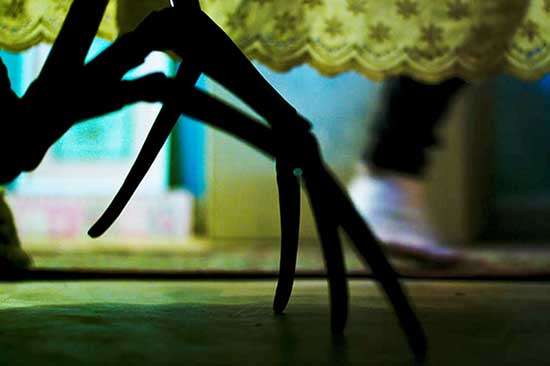 Bruce Davidson has been one of my favorite character actors since I first saw him in “Willard”. You can tell he does the best he can as he always stands out, as in the Jeremy Renner-led “Dahmer” where he played the serial killer’s father, and you could feel the character’s frustration with his son who is obviously hiding something. In “Itsy Bitsy”, he isn’t given as much to work with, but, despite the character’s questionable past, Walter Clark becomes likeable and sympathetic only because of Davidson’s skill.

Stuck with playing characters without large amounts of personality granted in the writing, Elizabeth Roberts (Kara), Arman Darbo (Jesse), and Chloe Perrin (Cambria) make for a believable family damaged by divorce and personal tragedy. You even get nice character arcs for Kara and Jesse; Cambria is either cute or annoying, depending how well you deal with kids, but she was nice to the stray cat while it was around, so she’s okay by me. 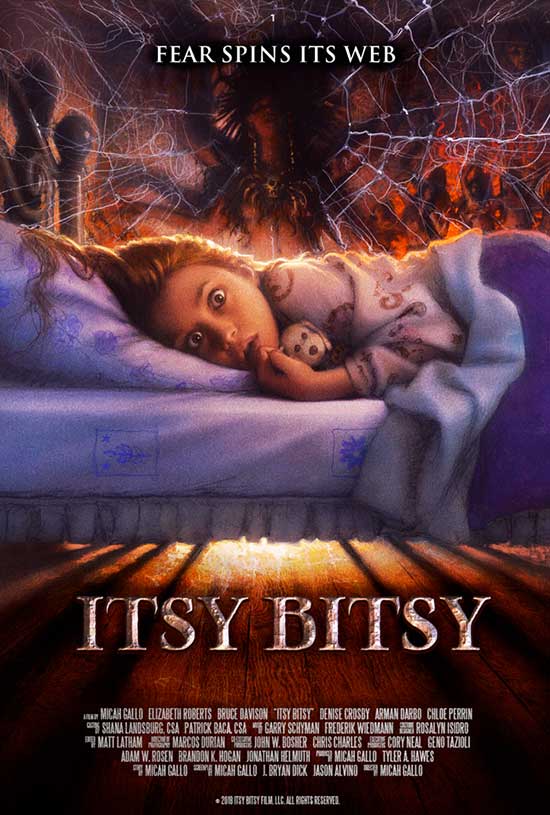 “Itsy Bitsy” is a fun way to spend 90 minutes as long as you aren’t expecting anything extreme, though I was impressed that no one was immune to harm, not even the kids. It plays to its strengths as a lower-budget film and gives what it promises and manages to do it with characters you can like. Almost a rarity these days.

Itsy Bitsy is now available on bluray per Shout Factory