Home | NBC Offers Up A “First Look” At HANNIBAL

NBC Offers Up A “First Look” At HANNIBAL 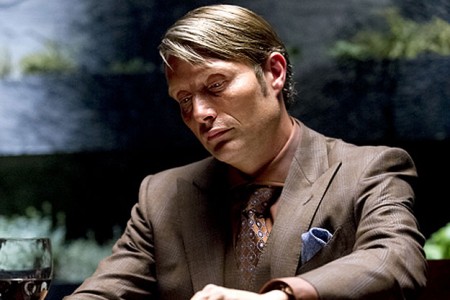 With only a few weeks to go till NBC rolls out their horror effort HANNIBAL they are pulling out all the stops to get the word out about the event. Horror on TV is HUGE right now and the latest additions, shows like THE FOLLOWING and BATES MOTEL opening strong and holding an audience NBC would love to get a piece of that action. Is HANNIBAL the answer? We’ll all find out together.

Now, back to this first look. NBC sent along the video below to acquaint us all with the concept we can expect with HANNIBAL and the press release explains things real well as well so…

One of the most fascinating literary characters comes to life on television for the first time: psychiatrist-turned-serial killer Dr. Hannibal Lecter. In this new drama from Bryan Fuller (“Pushing Daisies,” “Heroes”) based on the characters from Thomas Harris’ classic novels, we see where this incredible story began.

Will Graham is a gifted criminal profiler who is on the hunt for a serial killer with the FBI. Graham’s unique way of thinking gives him the astonishing ability to empathize with anyone – even psychopaths. He seems to know what makes them tick. But when the mind of the twisted killer he’s pursuing is too complicated for even Will to comprehend, he enlists the help of Dr. Lecter, one of the premier psychiatric minds in the country. Armed with the uncanny expertise of the brilliant doctor, Will and Hannibal (known as a serial killer only to the audience) form a brilliant partnership, and it seems there’s no villain they can’t catch. If Will only knew…

HANNIBAL premieres on April 4th at 10 PM on NBC.

Check out the video below and listen to the cast and crew talk all about the up coming show: