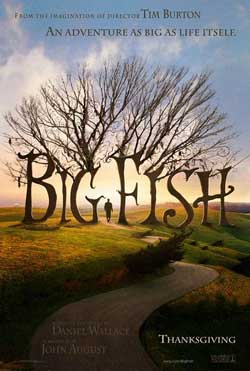 A son tries to learn more about his dying father by reliving stories and myths he told about his life.

Tim Burton has a knack for creating compelling films. Big Fish” takes something as simple as a metaphor “the fish that got away” and gives life to a feature full of fantasy, comedy and quirky “fish tales”. The film was noted as being based on a 1998 novel of the same name by author Daniel Wallace. The film is also a vehicle for the reconciling of a father-son relationship between characters.

Ed Bloom was a man full of these tales, in fact you might say he lived a life that compares to an urban folk legend with adventures spanning the imagination. Ed basically liked to tell stories. Though it’s his stories that have worn thin on his son Will Bloom (Billy Crudup) who is now a recently married adult. 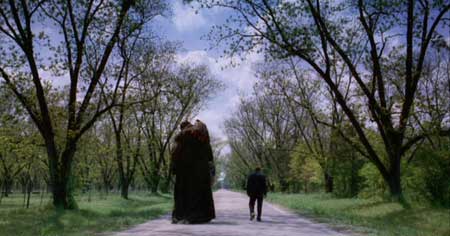 We find out (from the past) that after a small argument with his father Ed, (about Ed’s constant rambling of fairy tales) a conflict rift develops that leaves the 2 of them at many years without speaking to each other.

Will receives a call that his father’s ill, and so Will heads out to see his dad in his final hours. The past is quickly forgotten as Will insists that his dad give him the “truthful” version of these tall tales.

This sets our story which follows Ed in his younger days thru a series of adventures. Ed Bloom is played by actor Ewan McGregor in his youth, with actor Albert Finney as Ed the senior. The stories range in a series of fantastical encounters centering on one story in particular……a giant fish that has alluded capture and swallowed a gold ring long ago. 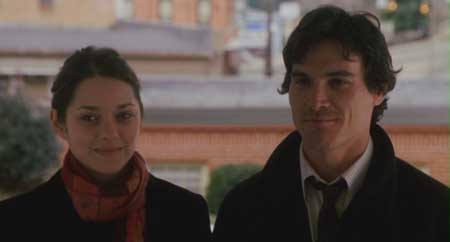 From a visual standpoint, we head on a “Wizard of oz” sort-of adventure that follows Ed thru his journeys beginning with a “Giant” that Ed befriends (whom Ed was asked to confront to convince to move on). Ed comes across a small village that is hidden in the woods full of lively spirits who welcome him and has been expecting him for some time. It is here that much is presented in a surreal fable style with many fantastic adventures to follow. The illusion is later revealed that “all” is not “exactly as it sounds, but at the same time is not complete lies either.

Tim Burton has created a warm family movie that teeters on cult stylings with its imaginary embellishments. All the while we are experiencing this thru past reflections questioning the very nature of truth and legitimacy. This creates the greatest mystery of all in a way that mirrors an “Adventures of Baron Munchausen” kind of premise. The film is rich with a variety of acting talents that contribute to each of the meet-ups. It’s not Alice in Wonderland, but it is something off the beaten path. 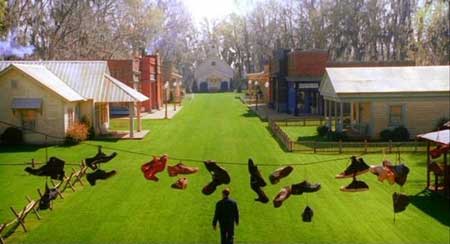 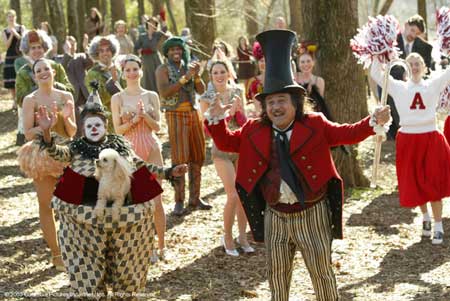 A repeat favorite from the Burton films, actress Helena Bonham Carter appears first as an old witch with an eye that reveals other’s fate. Later she is presented as a poor woman who just needs some assistance. 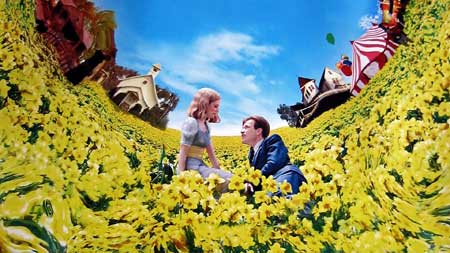 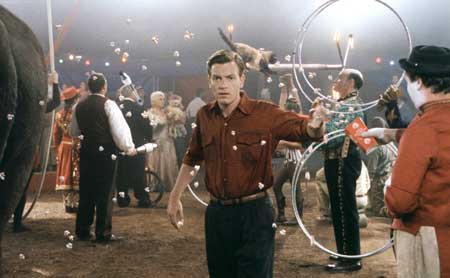 The ending is in fact foreshadowed right from the start as Ed Bloom proclaims that the greatest mystery is yet to happen (suggesting his final hours). Fans of Burton’s work should love this inclusion (as many who us simply like a crazy adventure-style fantasy film). What was most intriguing is the way that fantasy and reality are approached again leading us to the nature of tall tales and embellished pasts. It says something about the nature of our history and how things can change in perspective when retold. I believe this was the root of Burton’s need to tell this story. While the film keeps to its subject matter, it also makes you question “our” history and what has been re-shaped over centuries past.