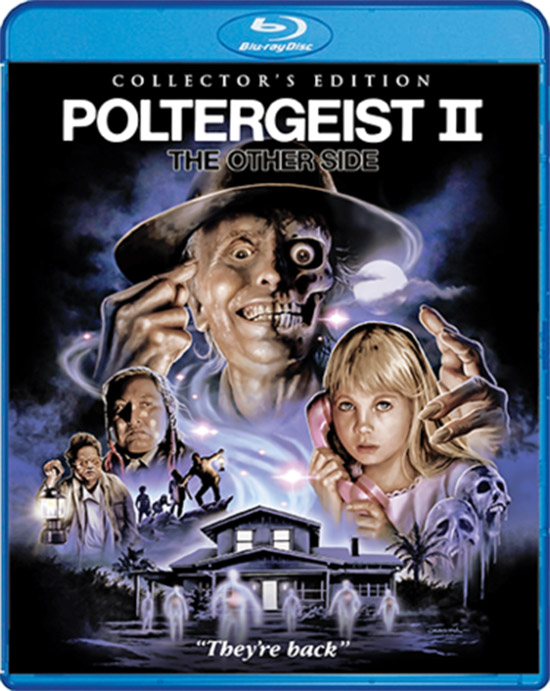 The Freeling family have a new house, but their troubles with supernatural forces don’t seem to be over.

Picking up right where the last one left off, the Freeling family have moved in with grandma seeing that their house was sucked into the earth and seems to be missing now (it could happen…). This may be an issue for the family who have learned to lived without TV, however they are content just being out of the chaos (or are they??). The original cast is back which is always a plus for fans of the first release. Brian Gibson has taken over directing seeing that Spielberg has moved on to other projects. 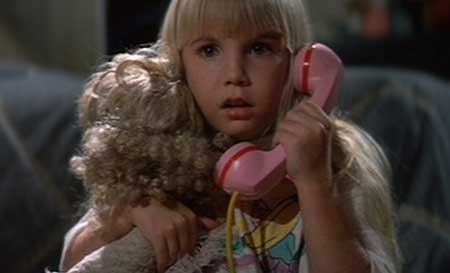 I’ve always considered this the 2nd best of the franchise, which is right in line with the 3rd film being the 3rd best for that matter. The feel of the first film is incorporated rather well brining in a new villain by the name of Reverend Henry Kane. Now Kane was played by (Julian Beck) who is portrayed to be the former deceased leader of an Utopian cult that lead his people into a death tribe convincing them to stay with him in a cave until their fateful deaths. This cave, if you haven’t guessed, is located under the Freelings former house lot. It is discovered by eerie medium Tangina Barrons (Zelda Rubinstein) who brings in some reinforcement help for the Freeling family in the form of a spiritual Indian shaman named Taylor (Will Sampson). Taylor provides some subtle humor in his talk of spiritual matters. 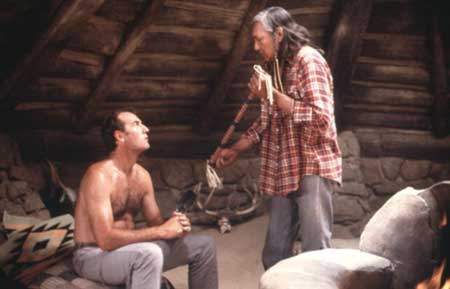 Kane is in fact the “beast” inhabiting the reverend’s former image as he crosses over planes to taunt and destroy the Freelings. He also is drawn to Carol Anne who he aims to possess. His trademark dialog includes the repeated singing of “God is in his holy Temple” which comes across less than Holy and more as the sinister beast he was spawned from. As the film progresses, this beast is seen in his true CGI form taking on more of a “Thing-style” incarnation.

The Freelings who are just trying to get their lives back together, discover that the spirits that haunted them are intent on following them wherever they reside at. This becomes a focal point issue creating a need for the extreme as they prepare to battle evil itself. Now most fans of the movie will agree that by the time the film is over, you’ve probably heard the name “Carol Anne” shouted out more times than you “ever” need to hear again. I actually laughed a few times as the characters were forced to repeat her name again and again.

The film keeps things entertaining with plenty of wispy spirits, some humor and a few of the trademark special effect sequences that were inspired from the first film. Now “Poltergeist II: The Other Side” does have its slow parts which are usually picked up when the action starts up again. Actor Craig T. Nelson who reprised his role as “Steven” provides a unique and memorable performance jumping from hilarious to damn creepy in a way that feels natural rather than forced. Topping off the lineup we have his wife Diane (JoBeth Williams), their 2 children Robbie (Oliver Robins) and the doey-eyed Carol Anne (Heather O’Rourke).

Heather O’Rourke would die from Crohn’s disease 2 years later (in 1987) leaving behind her legacy role. “Poltergeist III” would be released in 1988, and the last of the franchise. 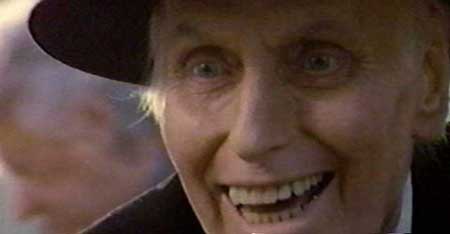 Actor Julian Beck who at the time was suffering from stomach cancer can be seen in his natural ill looking state which in many ways brought a extra level of creepiness to this character. In a scene where he confronts the Freelings at their doorstep, it is apparent that his illness is in full form with an extremely thin profile and shallow cheek bones. Whether it was intended or not, the character of Henry Kane is thought to be among one of the top creepiest villains of all time.

Poltergeist II: The Other Side (1986) was a great addition to the Poltergeist films (now available on DVD bundled with part 3). I highly suggest sitting thru the entire series for maximum effect

Poltergeist II: The Other Side (1986) is now available on bluray per Shout Factory