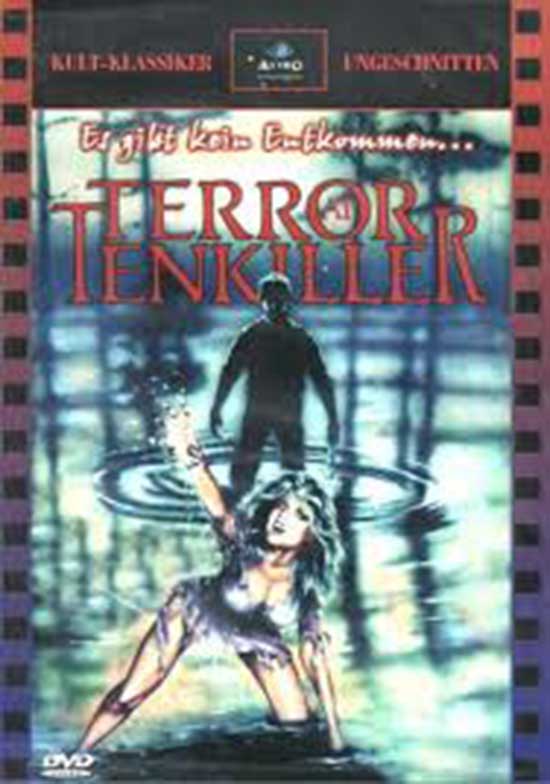 Leslie is in an abusive relationship with her fiancé Josh and needs a break from him so she heads out to a cabin by the lake with her best friend Janna. After they get there they take a job at a local diner and meet nice guy Tor (who takes an instant liking to Leslie). What they don’t know is that Tor is actually a deranged killer and he plans on making them him next victims. Will they be able to survive or will this be the last vacation either of them ever take?

For some reason I just never got around to watching Terror at Tenkiller until recently even though it was released back in 1986. I remember seeing it at the local video store when I was younger but for reasons I really can’t explain I never checked it out (which is weird as it is a slasher flick and pretty much right up my alley). I’d heard a lot of bad things about it in recent years so I assumed that it wasn’t very good but I decided to give it a shot the other day. I’m glad I did because I actually enjoyed it and thought that it was a fun little slasher flick that had a lot going for it. It isn’t perfect and it most likely isn’t for everyone but there was just something about it that I dug and I think that anyone that is into the old school low budget 80’s slasher flicks will feel the same way. 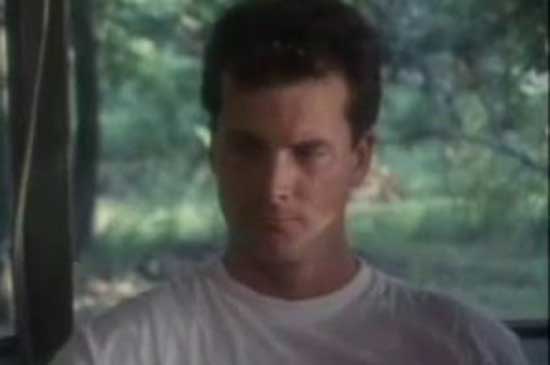 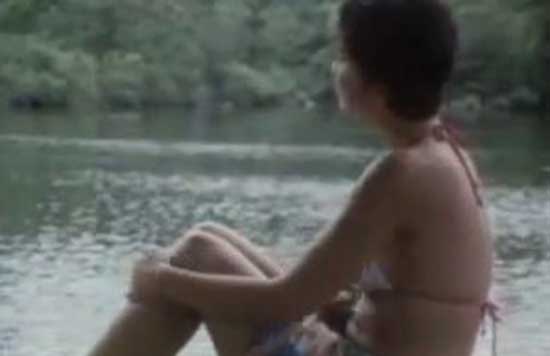 The premise is quite simple and even though it may not be the most original in the world (it reminded me a little of the equally cool 1985 horror flick Junior AKA Hot Water AKA A Cut Above) I still enjoyed it. We have your pretty standard slasher flick set up here as we get two friends that head to the country for vacation only to be stalked by a demented guy that enjoys hacking up anyone unlucky enough to cross his path. It doesn’t bring anything new to the table but that’s okay because it works. Sometimes simpler is better and that is definitely the case with this movie if you ask me. It knows what it is and doesn’t try to be anything but your usual slasher flick and that is fine with me as it doesn’t try too hard to be complicated and as a result you can sit back, relax, turn off your brain and just enjoy it for what it is without thinking too hard about it. There’s really no mystery or suspense as we find out who the killer is pretty early on but that’s okay because I honestly think it works better that way. While this fact may turn some viewers off I actually thought that it was a nice touch and I really didn’t mind it at all.  Basically what I’m saying here is that what you see is what you get with Terror at Tenkiller and I wouldn’t have wanted it any other way. 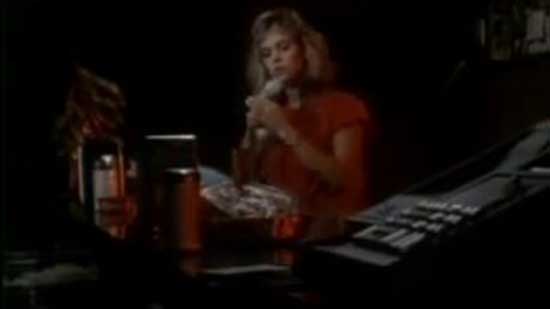 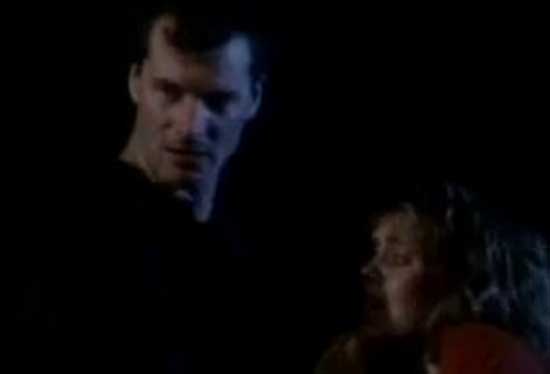 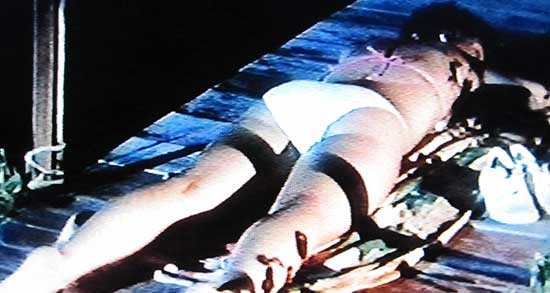 I liked the characters too. I really dug Leslie as I thought that there was just something sweet and cute about her (plus she had an amazing body!) and I couldn’t help but feel for her as she was going through a very rough time with her abusive, possessive jerk of a significant other Josh (who is one of those characters that you love to hate). Some viewers may find her a little whiney at times and while she does do some pretty goofy things at times I still liked her and thought that she was a great character even if she isn’t the strongest person in the world. I liked Tor as well and even though he isn’t exactly the most intimidating looking killer in the world of horror films he could be pretty hard core when he needed to be and without a doubt got a lot of pleasure out of slaughtering his victims.  I dug the fact that he doesn’t really have a backstory and the reason he kills people is simply because he’s nuts and enjoys doing so. My favorite character though was without a doubt Janna. She is a take no crap kind of character that can take care of herself and doesn’t have a problem with speaking her mind when she needs to. I liked the fact that she is pretty much Leslie’s protector for the most part and she spends a lot of her time trying to keep her safe from Josh as she isn’t afraid to stand up to him. She is just a sassy and fun character and I thought that she was one of the highlights of the film as she owns every scene that she is in. I thought that her interactions with Leslie were great and while some people may argue otherwise I thought that their scenes together seemed very genuine and realistic. 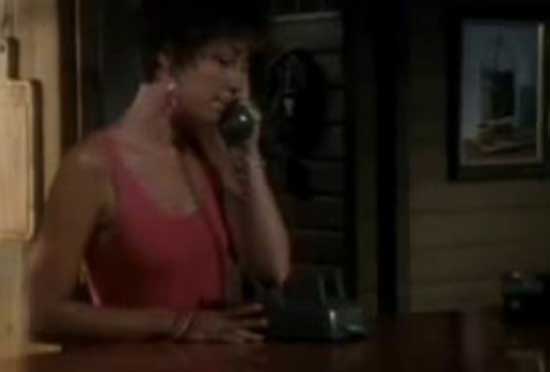 The only downside is that most of the death scenes aren’t that amazing in terms of variety. Tor just simply stabs people when he is taking them out and that is about it other than one instance where he slits someone’s throat. I wish he had been a little more creative with the way he killed people as seeing him constantly stab someone got a little boring and I was hoping for a little more. With that being said though I have to admit that the special effects looked pretty decent for a low budget movie. One death scene (that involves a character being stabbed in the back as she washes her hair in the kitchen sink) looked awesome as we see the blade of the knife enter her skin and I was impressed by how cool the effect came off. I understand that the people behind the film most likely had very limited resources and didn’t have the money to do a lot of elaborate death scenes but it would have been nice to have at least seen a decapitation if nothing else just to break up the monotony. I think they could have pulled this off with the budget that they had because obviously they had a talented effects person on set that most likely could have done it without having to use a ton of money to make it look cool. 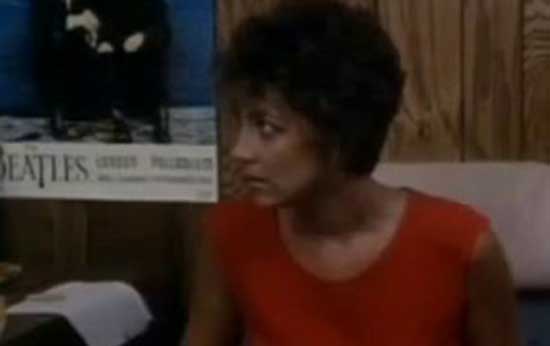 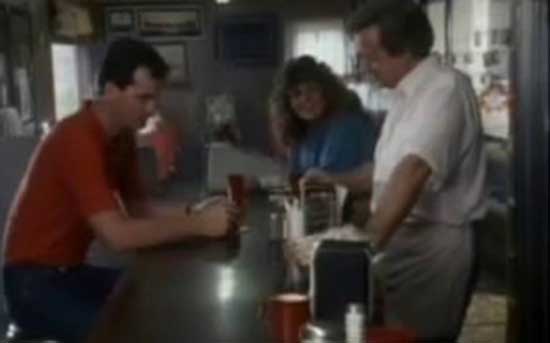 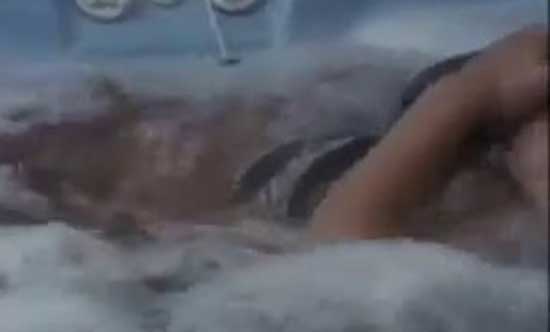 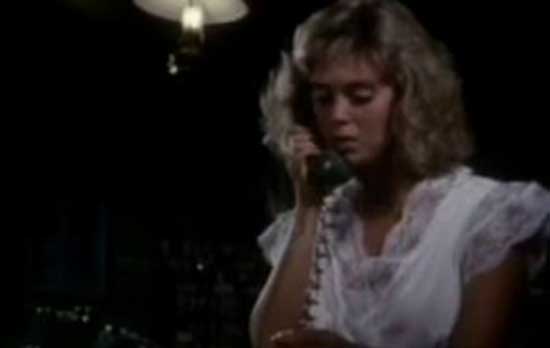 I really enjoyed Terror at Tenkiller and I hate that it took me so long to check it out. It has a lot going for it and to be honest I don’t quite understand all the hate for it that I saw online as it is nowhere near as bad as some people claimed it to be. I thought that it was a fun slasher flick that was a blast to watch and it made me feel all warm and fuzzy inside (as well as nostalgic for the 80’s in general). I loved the ending (which reminded me of the last scene of the Chuck Norris classic Silent Rage) and thought that it was just a cool way to wrap things up. If you are a fan of 80’s slasher flicks and are looking for a hidden gem then I highly recommend you check this movie out as soon as you can. It won’t change your life and most likely won’t become your favorite horror film of all time or anything but you will totally have a good time while you are watching it.