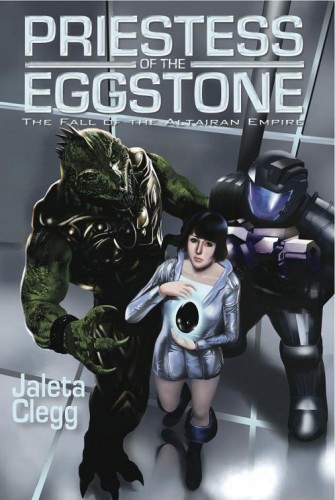 Dace is an interplanetary pilot, captain of the newly acquired vessel, titled the Twinkle. Hiring Jerimon, a noteworthy cosmic aviator in his own right, the two plan to engage in aspirations of lucrative import/export space business. Before long they realize something is dreadfully amiss aboard the ship. A valuable religious artifact stolen from the Sessimoniss civilization, a legendary lizard, humanoid culture that is ruthless and hell bent on getting their sacred keepsake back. The Patrol, a universal government is also in pursuit of The Twinkle, highly suspicious of smuggling, piracy and theft. Will the crew manage to find the right stuff and survive cosmic consequence or will their fate lie at the hands of the ominous Sessimoniss?

Journalstone strikes again with this highly imaginative Sci-Fi, interplanetary adventure that is comparable to Star Wars or The Hitchhiker’s Guide to The Galaxy. It’s unclear however if the novel is intended for a young adult demographic or otherwise. At times it is awkward and embarrassing to witness the author’s reluctance and caution towards any controversial content such as cursing. At first glance one would have to commend the writer’s efforts in telling a tale without succumbing to gratuitous profanity. Yet at the same time in a genre that thrives upon the shocking, disturbing and at times controversial, our subconscious virtually gives a preconceived notion of permission to venture forth with the unexpected. Often passages of dialogue are concluded with passive statements such as, I thought of those bad words. It’s flimsy and makes the story weak. I’d much rather see the occasional curse word or have the premise omitted altogether. Otherwise the reader has the impression they’re engaged in a Christian or Mormon themed Sci-Fi space adventure, which could be entirely acceptable if that is how the book was marketed but in this case we’re often rendered perplexed by its non-committal approach.

The lead protagonist of Dace is a little on the naïve side for a grown woman of the world so to speak. Gluttonous blushing, giggling and juvenile point of view towards intimate relationships and gestures is difficult to buy. If the novel is intended for a female demographic aged six to fourteen, absolutely all the power to the endeavor. Given the overall premise and advanced vocabulary one may have to suspect the opposite making the reader reluctant to invest in the lead character. Time and again we ask ourselves what is wrong with her. At very least it enables us to trudge along further to see if her flippant, flighty indifference can be eventually unravelled. I must admit at times I had the impression I was reading a Judy Blume outer space novel; just bizarre.

Depiction of different space cultures and religion is highly creative and intriguing. I think Clegg’s imagination is what truly redeems this journey. While a relative novice towards science fiction appreciation, I must commend the level of thought and care that must have been used in creating languages, customs, beliefs and inner governments.

The characters for the most part I found were drama queens, highly emotional and flighty. I found myself more often than not wishing someone would just give the lead character Dace a spanking or time out and get it over with. I think overall the character traits and developments would have worked better in a novel intended for a young audience. In these instances as the characters repetitively return to the same tired, old arguments it dramatically detracts from the merit of the story, distracts the reader and in some cases many will reject the novel before its completion. I think Priestess of The Eggstone with some revisions here and there could make an interesting G rated Sci-Fi film but for the most part I was sadly, spaced out.