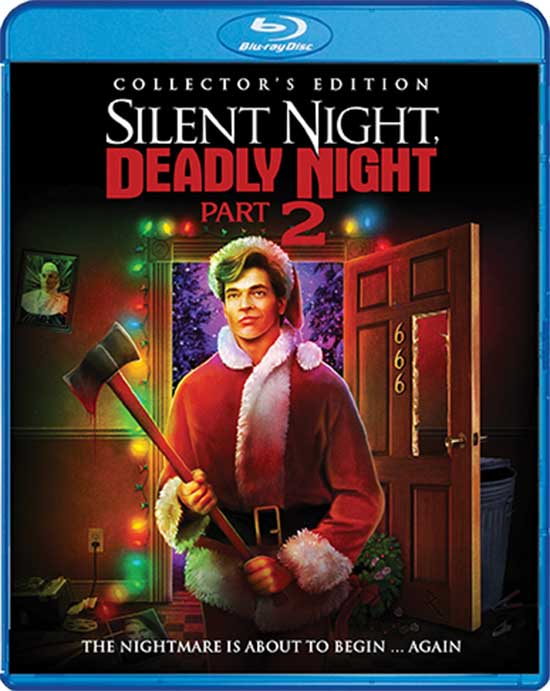 Ricky is a mentally unstable young man who decides to follow in his psychotic brother’s footsteps and go on a killing spree dressed as Santa Claus.

It’s Christmas, and one of the Martin family’s long-standing holiday traditions is to watch Silent Night, Deadly Night (and the original Black Christmas) the Saturday night before X-mas. This year we were lucky enough to watch Silent Night, Deadly Night Part 2 as well, and while it may not be as good as the first film I still think it kicks its share of ass and is just a fun little movie in general. Some people have argued that the sequel is actually better than the first one and even though I disagree (the original is nothing short of a holiday classic in my opinion) I will admit that Ricky stands out a little better than his brother Billy did (thanks mainly to all of his cheesy one-liners and the over the top acting of Eric Freeman who has a blast playing the role). Whereas Billy was a pretty one-dimensional character who was just basically obsessed with Santa and killing those he considered naughty, his brother has at least a little personality and is a tad more charismatic. 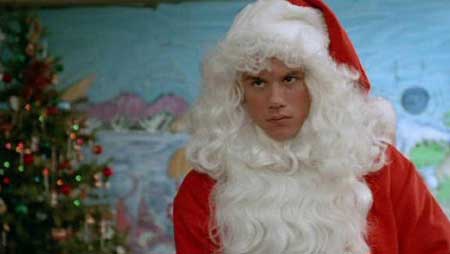 To be honest most of the film is made up of clips from the first movie. It starts out with an incarcerated Ricky telling his story to a psychiatrist and we get a series of flashbacks that recap what happened in the previous film. Since I love the first film I didn’t really mind so much as we really just get to see the best parts from the original movie, but I could see where some people would feel ripped off after popping it into their DVD player and not seeing anything new until around the halfway point (which is the exact same thing that happens in the case of 1983’s The Boogeyman II). Once we do get past the flashbacks and start to move ahead with Ricky’s story though things get very interesting in a hurry and I can’t help but wonder why the filmmakers decided to pad out the first half of the movie with old footage we’ve already seen before since Ricky is a strong enough character to carry the movie himself. I know that they had to acknowledge Billy since he played such an important part in the previous film, but at the same time I think that they could have done so without showing a ton of clips that most of the people watching the sequel have already seen. 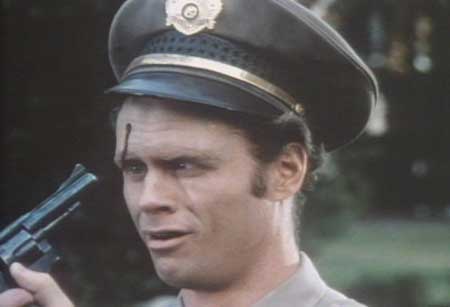 There is more of a comedic element to this film, and I am not sure that many hardcore fans of the first movie will appreciate this fact. As I mentioned before, Ricky likes to deliver one-liners as he is killing people and while some of them work (the infamous “Garbage Day!” scene comes to mind) some of them fail miserably and come off sounding really forced. Eric Freeman is a pretty bad actor, and as such I’m not certain if some of the things he says and does are supposed to be funny or if they just ended up that way. He uses this weird voice (I hope to God it isn’t his real voice, if so I feel bad for him) when he speaks that I think is supposed to be menacing (it isn’t as bad as the ridiculously terrible thing Christian Bale does when he is Batman but it is pretty close) and his “maniacal” laughter is just silly and a little annoying after the second or third time. Don’t get me wrong, I like this movie and wasn’t too bothered by the fact that there are some comedic moments, but I would have liked it if it had been played a little more serious like the first film. 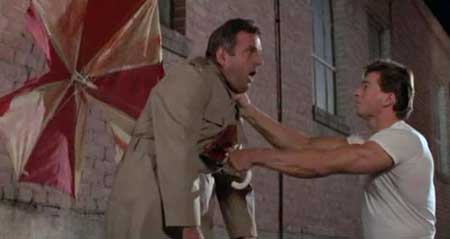 I did like the fact that there is a ton of blood, guts, and violent deaths throughout the movie (even if most of them are from the first film shown in flashback form). In addition to some shootings and some fun with an ax we get a person run over several times with a Jeep, a woman strangled with a car antenna, and someone has jumper cables hooked up to a car battery crammed into his mouth (which is a pretty awesome scene). My favorite though, involves a character who escaped Billy’s wrath in the previous film who finally gets hers (and she totally deserves it) at the hands of Ricky this time around. The film boasts a pretty high body count and Ricky really enjoys decking the halls-with the blood of his victims. 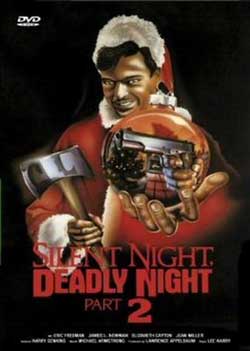 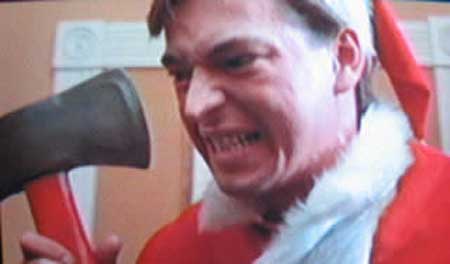 I dig Silent Night, Deadly Night Part 2, but in general I just prefer the original movie more. This was probably the last good movie of the series (the third one-which includes genre legend Bill Moseley as Ricky walking around with his exposed brain as he kills people-is pretty lousy)and even though it has its problems it is still fun to watch. At times it has a little too much cheese for my liking, but I still found myself enjoying it nonetheless. Check it out if you are in the mood for a Christmas-related horror film, but keep in mind that you shouldn’t take it too seriously.