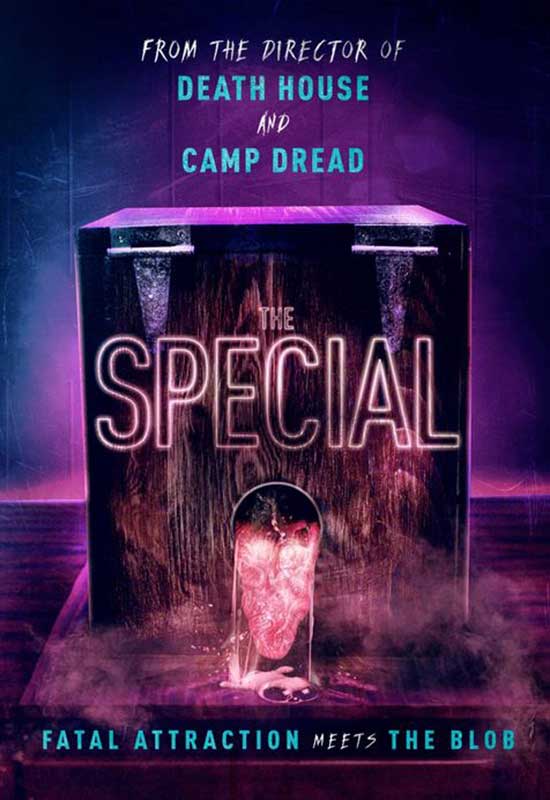 Suspecting his wife of infidelity, Jerry follows his friend down a dark rabbit hole into a horror landscape of addiction.

Of all the sub-genres in horror, body horror is one that has provided very mixed results in movies over the years. A fairly hard genre to define, many people have differing opinions on what constitutes body horror at all; there are many bona fide classic examples, including The Thing, Society, From Beyond, The Blob and David Cronenberg’s remake of The Fly (in fact much of the Canadian oddball’s early to mid period efforts), as well as a myriad of lesser but still entertaining options like The Incredible Melting Man, Street Trash and Virus.

Body horror films tend to work well as both low-budget fare which err more on the comic side of proceedings, but can excel when they manage to successfully combine sinister elements of subjects like experimentation gone wrong, shady government conspiracies, and supernatural or otherworldly forces with, of course, a healthy dose of nauseating (preferably practical) gloopy special effects. A recent entry into the genre is 2019’s The Special, coming to us from director B. Harrison Smith and writers James Newman and Mark Steensland. Smith is no stranger to the horror genre, having previously helmed films such as Death House and Camp Dread.

With The Special, Smith presents to us a sordid little tale centring around Jerry (Dave Raphaely), a middle-aged, misanthropic narcissist who suspects – on very little evidence – his wife Lisa (Sarah French) of having an affair. The movie opens with an enigmatic and stylish sequence, of an unseen man carefully crafting a small wooden box with a single hole in one side; believe me, this box will come to be as important a player as any of the actors. We then meet Jerry in the midst of drowning his sorrows with his pal and co-worker Mike (Dave Sheridan of both The Devil’s Rejects and Doofy from Scary Movie fame), whose suggestion it is that Jerry takes his revenge on Lisa by indulging in a night of anonymous passion at a brothel he frequents regularly; he insists on Jerry being blindfolded for the drive over to avoid him becoming addicted to the delights on offer there. 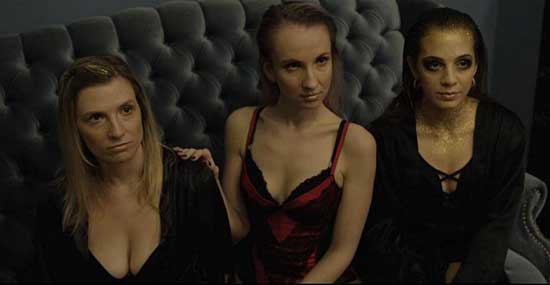 Run by Madame Zhora (Susan Moses, giving the scenery a darn good chewing and the kerrazy accent a proper workout), this odd establishment offers the usual assortment of working girls to choose from, but also a mysterious option known as ‘The Special’, which come with Mike’s enthusiastic personal recommendation; although he does temper this with the insistence that it’s strictly a one-time only affair.

Jerry of course turns down the various girls on offer and leaps straight in for The Special; at first glance he’s disappointed to find a seemingly empty room, until he notices a small, black, locked wooden box, the only features of which are a subtle painted instruction to ‘stick it in here’ pointing to the hole in its front. Clearly not shy of new experiences Jerry complies with gusto, resulting in the single greatest orgasm of his life! The downside being that he’s instantly hooked on whatever is inside the box; to the point where he’s soon trawling the streets and the internet for clues as to the location of Madame Zhora’s. Unfortunately for Jerry and those closest to him, he eventually succeeds in finding both the brothel and his beloved box – which soon leads to a sordid sequence of events unfolding which include theft, deception, addiction and murder.

It’s a huge ask of Dave Raphaely, to not only portray a character who is, even before his descent into madness, an unlikeable asshole; but also one who spends much of the film’s runtime having frantic, orgasmic sex with a small wooden box. To be fair, Raphaely actually pulls the whole thing off with aplomb, showing admirable commitment to the role. One thing that irks constantly is why it takes so long for Jerry to even think about looking inside the box to see what he’s repeatedly ploughing, necessitating as it does the breaking of just the single flimsy hasp and lock on it; but that’s a script issue, and once the contents of the box are revealed to be somewhat underwhelming the movie struggles to recover. Once the element of mystery is gone there’s very little else to the tale. 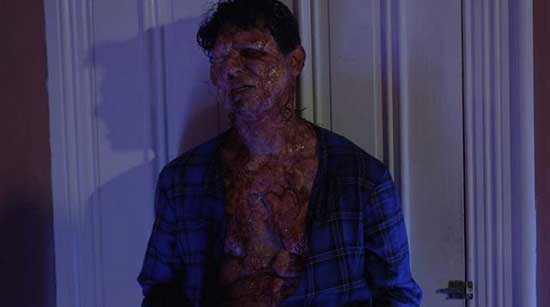 Overall though The Special (2020) is an entertaining little oddity; it is clearly aware of its own wacky premise, and has a sly sense of humour throughout proceedings. The special effects, though sparsely used and not stellar, are admirably practical in nature. And by and large the actors do a great job with the material, with special mention going to Doug Henderson as the mysterious Ivan, Madame Zhora’s general handyman, who clearly knows far more about the nature of the box and its contents than he lets on. The ending, if a little easy to see coming, is nevertheless pretty satisfying and wraps things up well. As a whole The Special makes the most of its limited budget to tell a sad tale of corruption and addiction, and the consequences of these not just to the person becoming addicted but to those closest to them as well; it’s not perfect but it is heartfelt and entertaining.