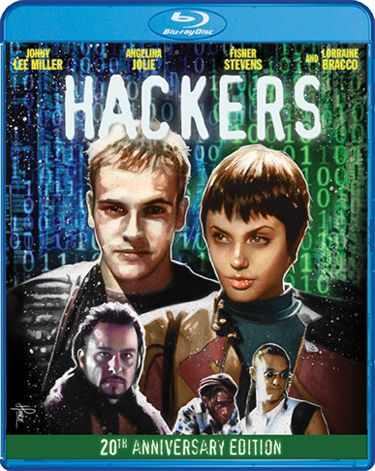 1995, things were a little different than they are now. The term hackers had alot of weight in the eyes of a culture that was still adjusting to becoming a computer based society. Often the model of the hacker was one of incredible computing intelligence and portrayed as an underground culture that frequented raves, were referred to by handles, and discussed nerdy engineering books like they were comics. It was a time when a handful of elites were well know for their infamous exploits over a cyberspace realm that was still quite foreign to most of us. The film “Hackers” arrived taking an adequate stab at this culture while still keeping it interesting enough to warrant ticket sales. Now a cult film that boasts many absurdities, these absurdities were not “that” subjective as they are now. The film offers a indirect comedic appeal that can be looked at with new eyes. However, in 1995, it was deemed a pretty cool film,. I enjoy it as much now as I did then and encourage others to look thru the eyes of the past and how our culture has changed. Then again maybe it hasn’t. 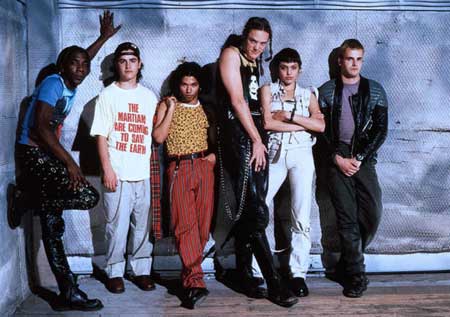 “Hackers” features an early debut of young talent Angelina Jolie who plays Kate the hacker “Acid Burn”. An unknown at the time, Jolie had only recently gotten into the film business with a handful of lesser knowns. This marked the introduction of Jolie to the world with many more majors to come. Jonny Lee Miller played the elite hacker Dade aka “Zero Cool” who was arrested at a young age (from introducing a virus that crashed several computer systems) and banned from computers till his 18th birthday. 7 years was a long time to wait, but as we find on his 18th birthday, Dade is very much still in tune with his beginnings. 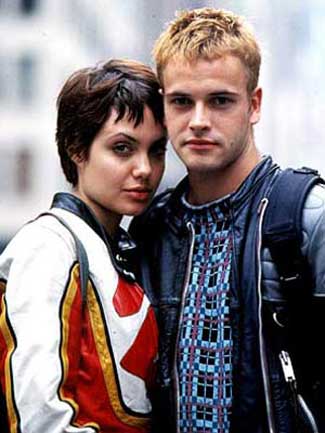 Dade, forced to move to New York with his mother who has to take a new job, finds that there are others like him that work beneath the public radar in an online capacity. He assumes the name “Crash Override” to hide his past from others who might recognize his hacker celebrity status. As a new high schooler, he quickly meets those within the local scene who possess comparable elite abilities.

The film follows the culture coming together with a premise that has a high tech firm plotting against hackers to use as a scapegoat. The top admin (aka The Plague) for Ellington has introduced a worm and virus to exploit funds, by siphoning bank accounts. This idea I found humorous in itself that uses the age old “siphon off the top” approach to “hacking for dollars”. Meanwhile we have the FBI flying in at every moment to arrest another kid with its key agent trying to send a message to the world about the evil that hackers do. Does anyone see the comedically skewed realism here? 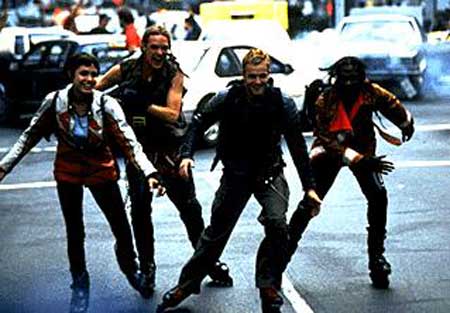 To add a certain level of “superhero-like eliteness”, the film features a motley group who go by the handles: “Cereal Killer” (Matthew Lillard), “Lord Nikon” (Laurence Mason), Joey, who has yet to claim a name (Jesse Bradford), “The Phantom Phreak” (Renoly Santiago), Razor”, “Blade” and the villain of the film…..”The Plague” (Fisher Stevens). Viewers might also snicker at the comedic joining of “Crash Override” and “Acid Burn” (this becoming….. “crash and burn) who form a love interest over the competition of trying to outdo each in the hacker realm.

As the plot thickens, the team of hackers are forced to defeat this worm virus by enlisting the help of others who ultimately have to recover the data an bring down a powerful computer known as the “Gibson” that resides at the Ellington corporation. The battle is a highly visual one that has data jumping around like its from a “Johnny Mnemonic” film with bell and whistles equivalent to a multi media show.

“Hackers” is alot of fun to watch as we can associate with the portions that are pure fiction. For instance, the elaborate multimedia startups, the highly visual realm of the Internet space, and the absurdity of a IT room looking more like a scene from “Tron” with its electronic towers, flashing orbs of lights and city-like structures displaying data as it comes back and forth among the circuits.

Much of this film plays like a game to more astute computer users who will recognize some of the books, discussions and hacker techniques used blended in with a certain silliness that was most likely added to boost the otherwise mundane. In opener sections we still see tapes being mechanically passed back and forth to play a local TV station. We see the era of modems attached to older model commuters that can be infiltrated simply by making an anonymous phone call (social engineering). We even learn about the 4 common passwords such as love, secret, sex and God that wouldn’t even be an option with today’s high tech IT administrators. 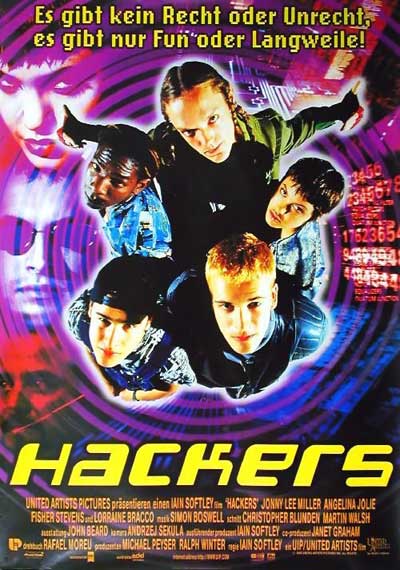 Directed by Iain Softley, “Hackers” was one of the early “computer-based” genre films to emerge that headed right to the big screen. The movie was received with mixed reviews (as expected) with critics loving its stylish visual approach but slamming it for its unrealistic look at the subculture. Of course true hackers would have issues with its approach, but for the general publics it was still held in regards for its entertainment value. The film now being reviewed 17 years later still has its charm and appeal. A great cultural cult film that demonstrates both the interest and the naive nature of the assumed hacking subculture.

Hackers (1995) is now on bluray per Shout Factory