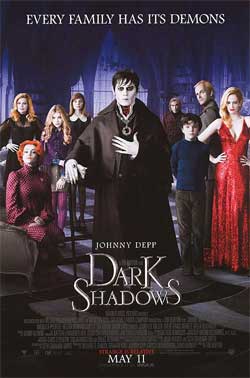 An imprisoned vampire, Barnabas Collins, is set free and returns to his ancestral home, where his dysfunctional descendants are in need of his protection.

Sadly I am old enough to remember watching “Dark Shadows” when it originally aired on daytime TV. I wasn’t a real fan of it but my mother was & I would come home from school to find her watching it. I watched along with her every so often but it was too talky for me and I needed immediate satisfaction so I didn’t really follow it. When this film was announced I thought it was something of a boondoggle myself despite the star power attached, especially since attempts have been made over the years to bring the series back to television and they failed miserably. But I went into “Dark Shadows” with the hopes that I would be entertained and to a point I was. But I had some issues when it was all said and done. 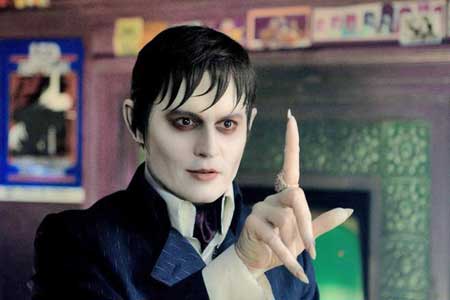 Directed by Tim Burton and starring Johnny Depp, “Dark Shadows” tells the story of Barnabas Collins (Depp) who (As a child in the year 1752) emigrates from Liverpool to the US with his family. They end up in Collinsport, Maine and soon become the richest family there due to their successful fishing business. As Barnabas matured into a young man he becomes smitten with a maid named Angelique (Eva Green) and she falls in love with him. But Barnabas doesn’t really want to marry her as she desires. She’s a bit below him in social stature and he never really even acknowledges his affection for her. Too bad he doesn’t know she’s really a witch. And like the saying goes “Hell hath no fury like a woman scorned”, especially if the woman in question is a witch! So she kills him, resurrects him as a vampire and has him buried alive by the townspeople. 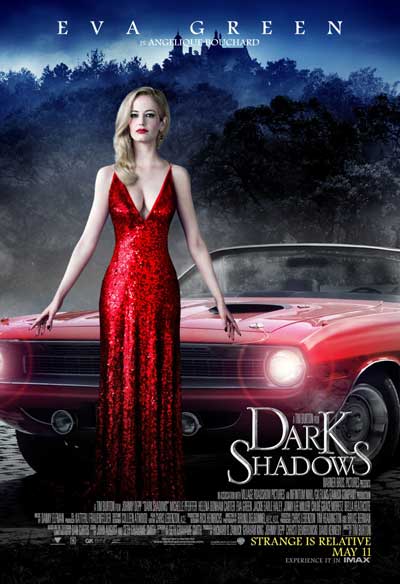 Fast forward a couple hundred years later and Barnabas is accidentally dug up by a construction crew. After promptly feasting on them (He was getting pretty hungry buried down there for so long), he finds himself in the year 1972. He manages to find his way back to his family mansion only to find it in complete disarray. Over the centuries the Collins family has fallen into poverty and is shunned by the local populace. All that is left is a few beat up fishing boats & a completely dilapidated cannery. Meanwhile Angelique still survives and is the owner of the rest of the fishing businesses in town. She’s also really, really wealthy to boot. Barnabas finds out that his descendants are some really odd folk who desperately cling to what little cache they have left as they go thru the dreariness of their lives. They include Elizabeth (Michelle Pfeifer), Roger (Johnny Lee Miller), Carolyn (Chloe Grace Moretz), David (Gulliver McGrath), Caretaker Willie (Jackie Earle Haley), Mrs. Johnson (Ray Shirley) and Helena Bonham Carter as their live in psychiatrist Dr. Julia Hoffman. All of them have issues and none of them seem to be particularly happy either. But Barnabas knows of a secret room that is full of hidden away treasure and takes it upon himself to restore the Collins name and in doing so raises the ire of Angelique who sets to finish what she started centuries earlier. 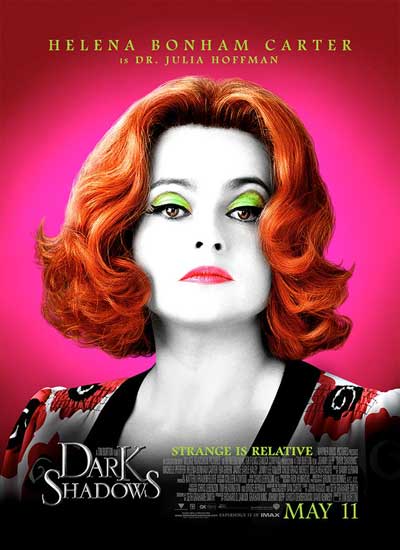 The best scenes of “Dark Shadows” take place as Barnabas tries to get up to speed with the world as it was in 1972. There are some genuinely funny setpieces that take place and Depp is obviously having a lot of fun with the character. Too bad you’ve probably seen most of these scenes in the trailer or commercials. What you don’t see are the murders that Barnabas commits in search of blood to feed on, like I said earlier he IS a vampire and he’s gotta do what vampires do. These scenes are effective but jarring because the juxtaposition from the humorous scenes to the darker ones are heavy handed and clumsily edited. The film begins to fall apart during these scenes and it became very dull for me because it seemed that Burton was trying to cram in as much as he could to make up for a script that loses it’s way very quickly. While amusing at first, the quirkiness of the earlier scenes became boring. We all know what Burton brings to the table when he directs a film. He has a very unique vision and as soon as the film starts you can immediately peg it as a Tim Burton film. But that vision doesn’t always translate into a good film (“Planet Of The Apes” anybody)? 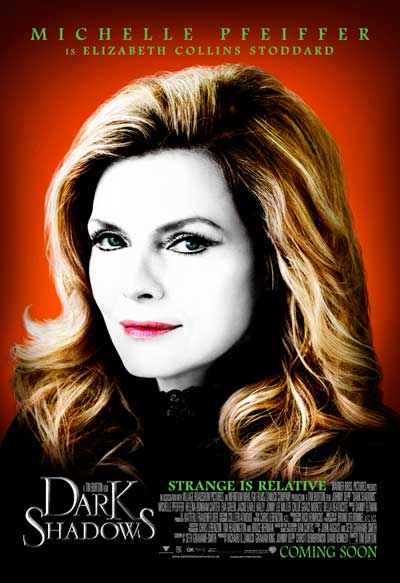 The script quickly degenerates into a confusing mess that culminates in a battle between Barnabas & Angelique. But along with a vampire and a witch slugging it out, we get a werewolf and a ghost thrown into the fray as well. These “surprises” aren’t very surprising at all, they reek of desperation actually. As if a big fight between the beasts would make up for the confusing mess I’d been sitting through, it didn’t. In the end it was all pretty lame and really didn’t give me much of a conclusion. 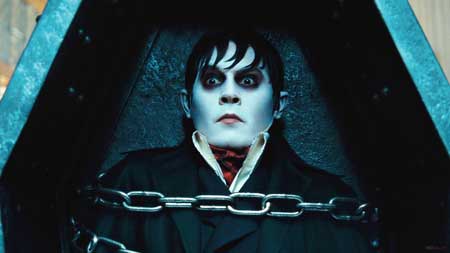 All of the actors are good and they all seem to be enjoying themselves but it’s as if they know something we don’t and they’re not telling either. There is a distinct lack of excitement here and all of the mugging the cast provides can’t make up for the fact that nothing is really going on. “Dark Shadows” just lumbers from one scene to the next with little to no explanation as to what the f*ck is going on. Burton’s direction seems to be lackluster as well, the movie just sits there for nearly two hours, that’s unacceptable considering the star power contained within it and I was very disappointed when it was all over. 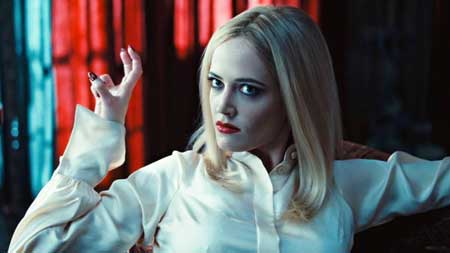 There is a nice cameo from Christopher Lee hidden away here and he (along with Depp) seem to be enjoying themselves but otherwise “Dark Shadows” is a joyless muddle of a movie that doesn’t really seem to know what it wants to be. Instead of being true to the original series which while very cheaply produced had tons of atmosphere & very little levity, the film has lots of levity & very little effective atmosphere. Burton & Depp have pronounced their love for the series and had their hearts in the right place I suppose but they sure didn’t make a film that fans of the series can take to heart. I’m giving “Dark Shadows” 1 1/2 shrouds for the scenes with Depp trying to adjust to the year 1972 and a really good soundtrack but it’s not a very good film at all & I suspect that it’s going to be gone from theaters really soon so if you want to catch it you better get moving people. But if I were you I’d just wait for it to debut on cable. In the end “Dark Shadows” is a disappointing mess.