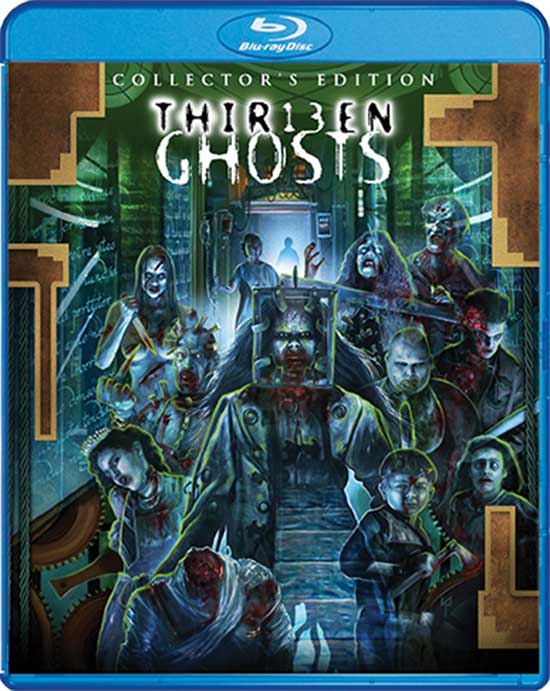 When Cyrus Kriticos, a very rich collector of unique things dies, he leaves it all to his nephew and his family. All including his house, his fortune, and his malicious collection of ghosts!

Easily one of my all time favorites, “Thir13en Ghosts” may not be for everyone, but it surely has its share of interesting characters. 2001 “Thir13en Ghosts” was marked as a remake to the 1960 William Castle version of same name. I won’t pretend I’ve ever seen the original, so rather its best I stick with the version at hand. Steve Beck provided direction this round giving the whole event a modernized approach. 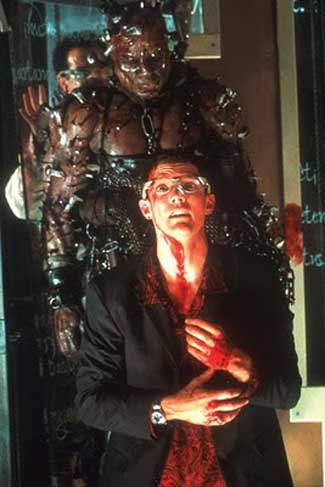 Note: Readers can access more details about each spirit per its wikipedia page 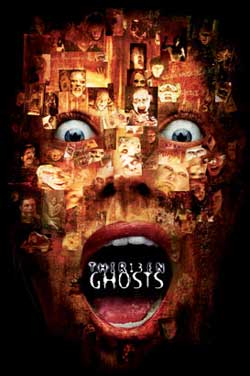 The characters are the meat and potatoes here occupying Kriticos’s funhouse of horrors. They are revealed to be essential for Kriticos’s plan of ruling Ocularis Infernum” (Eye of Hell). Under the design of the “Black Zodiac”, the configuration allows a portal for one to see past, present, and future all at once. Thus making the person most powerful within the realm of earth. 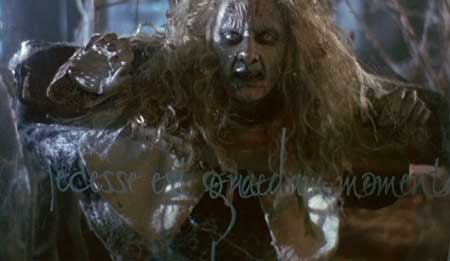 Thir13en Ghosts begins on an exciting note. A ghost capture is in process to imprison the most violent of the bunch, The Juggernaut. Cyrus Kriticos (F. Murray Abraham), a rich madman who squandered the family fortune on his obsession, is about to capture the 12th ghost to his collection. Aided by psychic Dennis Rafkin (Matthew Lillard), he has perfected his own methods in doing so. A glass cage of sorts sits waiting with Latin text surrounding it. Cyrus Kriticos is killed in the process, though the bait was enough to contain the spirit for other means. This introduction is quite a clever way to engage viewers with action hitting you right from the get go. 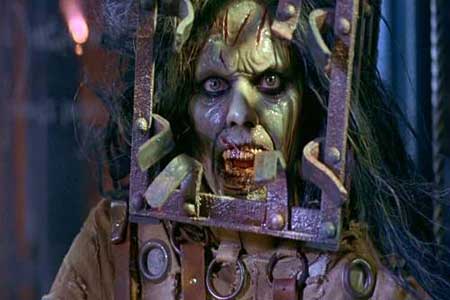 Arthur Kriticos (Tony Shalhoub), is struggling due to his wife’s (Jean Kriticos) death. Bills are past due while him and his children are doing what they can to make ends meet. We get the sense that the loss had taken its toll forcing them to move to a small apartment. In short, times are tough. They have a live-in nanny on hand who helps to take care of the family.

Cyrus’ estate lawyer Ben Moss (JR Bourne) pays the family a visit announcing that they are the sole heir to Cyrus’s estate. They are also awarded his wealth, which despite rumored to be exhausted is still enough to cover their expenses for life.

Things move pretty fast from here on in with Arthur and his family given the key so that they can take residence. Dennis Rafkin who is disguised as a city worker also manages to work his way in later revealing his association and history with Cyrus. 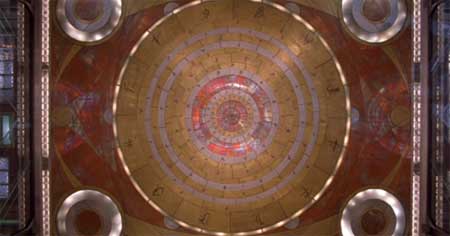 The family explores a bit but is quickly alerted to the fact that the elaborate glass house is in fact a holding ground for some of histories most violent evil spirits. One of which called “the Jackal”. proves to be most disturbing. Others on hand are revealed as the family discovers special glasses allowing them to “see” the spirit realm. 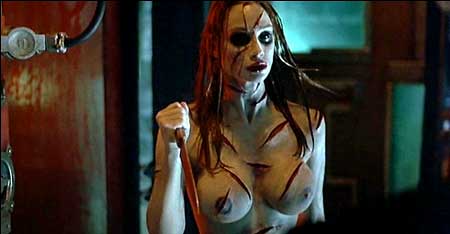 “Thir13en Ghosts” is a unique concept of a film with an even more unique set design. An all glass house (set) marks this as a remarkable inclusion into the horror genre. (“Thir13en Ghosts” was reported to have a budget of $20,000,000) The film received mixed views by critics who cited it as not scary enough or missing details. It’s ending may be a bit too conveniently wrapped up, though you can’t argue that “Thir13en Ghosts” wasn’t fun to watch. The set design also incorporated a gear driven system that would change the position of the glass walls at various intervals. The gears themselves were created with CGI effects (the main system) however the set was decorated using traditional means with real glass and gadgets. 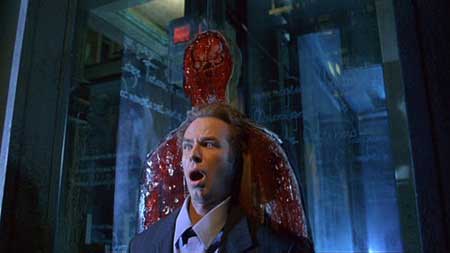 In criticism, Thir13en Ghosts moves a bit too fast for comfort. We get just enough to move forward but not enough to feel like we know all the details. The DVD itself contains back stories on each of the menacing ghosts. Viewers might find that the extras fill in some of those missing pieces. We never learn much of Cyrus Kriticos or the in-process storyline. This is most likely a result at keeping the film limited to 90 minutes. A film this elaborate probably would serve better as a 2 edition franchise, though that’s not always a luxury. 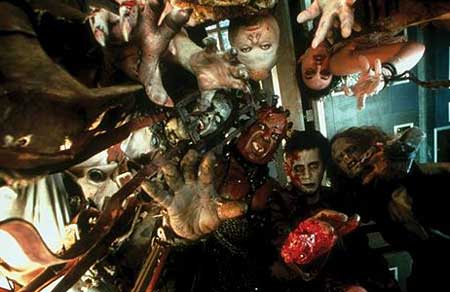 On the other hand, “Thir13en Ghosts” provides alot of action and freaky looking ghost characters. This aspect is what makes the whole film fun. I’ll have to give kudos to actor Matthew Lillard who also provides a great neurotic character to latch onto, but my biggest attraction is to the makeup job and range of evil spits lurking around in this one. Howard Berger and team are credited for the fantastic makeup job. The DVD also takes a behind the scenes look into the work that was entailed. While I’ll agree to that elements could have been more informative, I confess to coming back to this film time and time again just to watch all the madness unfold. It’s definitely worth a viewing or 2 if you can leave your sense of completion at the front door. “Thir13en Ghosts” is well edited and quite visual. It would be exciting to see it franchise more, but for now we’ll have to take what we get.