Angelina Jolie, is not only alluring, but an iconic actress that has reinvented herself several times with a collective of impressive films. We would first come to know her thru the 1995 cult-ish (slightly absurd film) “Hackers” where she played a female hacker named Kate. She would quickly escalate  into several more features ranging from comedic, dramatic and fantasy.

Soon after, Jolie would raise eyebrows with her portrayal in the film “Gia” that signaled her to be well on her way to bigger things.

Known for her on screen charisma, Angelina would join Nicolas Cage in the film “Gone in 60 Seconds”, before taking on the iconic game feature titled “Lara Croft: Tomb Raider”. It would mark the start of her now A-list status that spanned the gamut of genre type roles, with a special affinity for spy and fantasy features.

2014’s movie “Maleficent” proved to be additionally iconic as she played the Disney character of same name. In all, Angelina Jolie’s film palette stays pretty rich leading us up to the future Marvel feature titled: “The Eternals” (where she will play the comic book role of Athena).

As we lead into Angelina’s modeling career, it goes without saying that she has graced the covers of several top leading magazines. Showcasing her style and grace against her remarkable good looks, Jolie even occasionally managed to grant us the occasional blond-haired shot as she accepted different character roles. 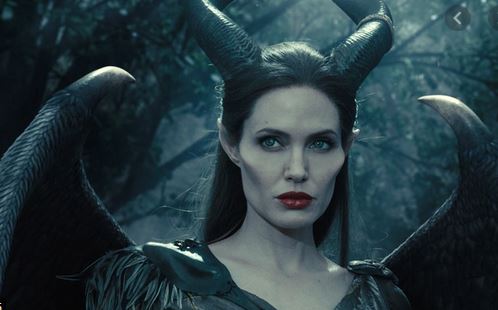 This particular feature of images also showcases the transitions she has made over the years as a leading cover model. While striking as a classification is an understatement, we are happy to provide a few of the many shots from sessions taken over the years. We are happy to present Angelina Jolie’s Hottest sexiest photos collection!