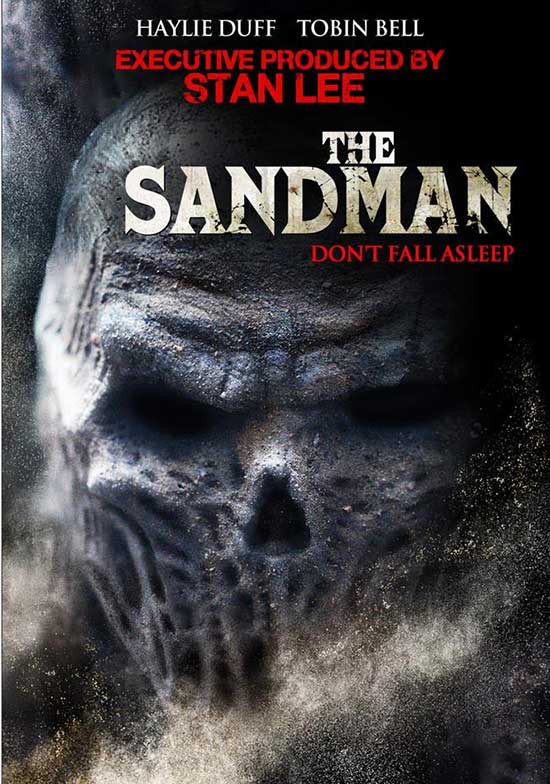 A little girl with formidable powers imagines into existence the Sandman, a terrible monster from her nightmares that brings harm to anyone who wants to hurt her.

The thrill of all things supernatural and monstrous is alive and well in the latest release from Lionsgate Home and the SyFy network. The film “The Sandman” takes on a urban myth and gives it a new twist as a self conjured entity that arises out of the fear of a young girl named Madison (Shae Smolik).

With her father now deceased due to the complications of Madison’s self induced creature, Madison is soon taken into custody per aunt Claire (Haylie Duff) who trying to understand the nature of Madison’s unique ability. It appears that Madison is able to summon a creature from the beyond made of sand called ‘The Sandman who is realized thru her nightmares. Death and chaos ensue as violent deaths pile up everywhere Madison goes. A small team of doctors (investigators?) who are aware of Madison’s unique talents are hard pressed to find answers and a way to keep this entity contained. 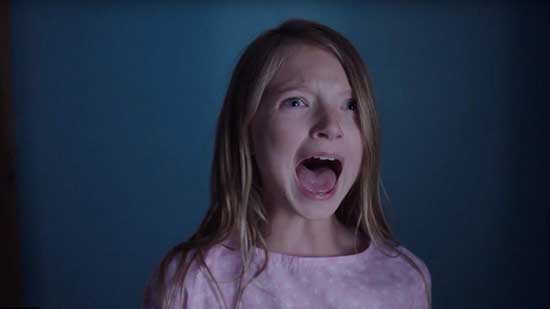 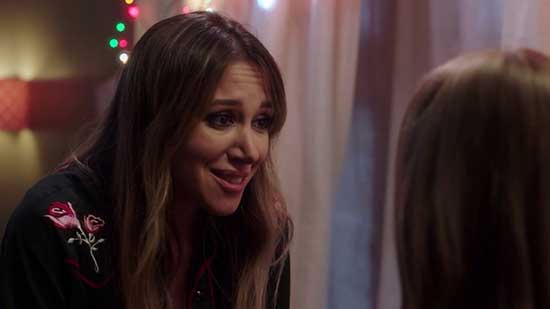 Note: This aspect felt more like a hole in the film’s context than a bonus to the storyline. As it is not long before the military and associated agents are hot on the trail of this zombie-esque specter (none the less), which despite the wake of murders, felt a bit forced into the story, rather than a part of the intended narrative. The concept would have worked fine if we would have gotten more history into this aspect. I compared it to the likeness of an episode of TV series “The Gifted”. Tobin Bell is fine as an actor, but his role in this film was compromised by this lack of background.

With any evil entity from beyond there is a degree of separation that usually entails the entity breaking free from its confines and reigning terror outside of these boundaries. In short, that is the direction of this film. Which is, the idea that anything supernatural sooner or later becomes self realized and continues to do what it does best…murder people

There are some pretty cool mayhem scenes at the hands of the monster which help to keep the film from becoming drone in its delivery. “The Sandman” is decent for a once over, though I can’t see too many extra viewing sessions of it in my future. I have seen a handful of films sporting the title of “Sandman over the years, and I will say this one had the better FX work. Fans of TV horror would also be quick to compare the monster to an X-Files level creation (that was my takeaway at least). 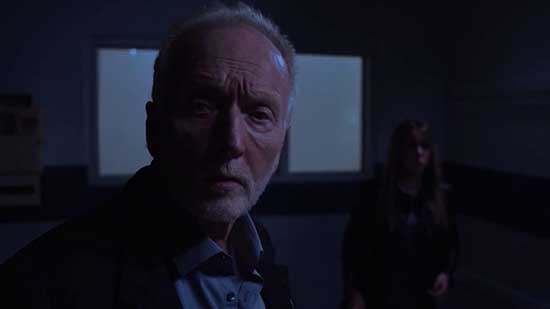 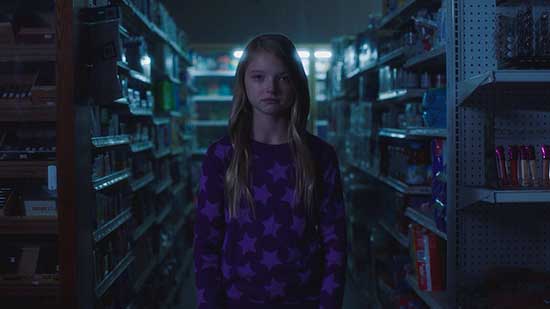 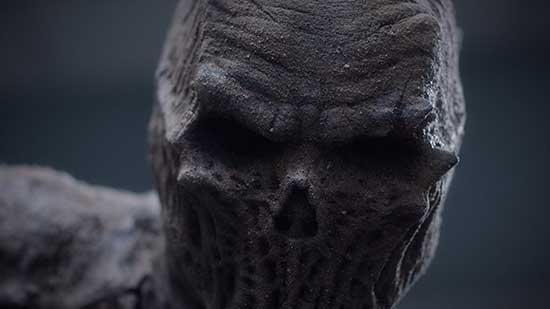 “The Sandman” has a great cast in place to support the premise which include: Tobin Bell, Haylie Duff, Amanda Wyss and Shaun Sipos. The cast keeps the drama in check by giving us better than average acting performances. A bonus to this production lists Stan Lee as the film’s executive producer. Now, keep in mind that this is also a SyFY original horror piece. Those who are familiar with the previous SYFY films scattered over the previous years already have an idea of the budget constraints the network has to work with.

The Sandman is a film that simply works as an entertaining monster movie and nothing more. The creature which appears to be inspired by the likeness of a mummy (or mummy corpse rather) is unique in its supernatural presence that comes and goes throughout the film. As a fan myself of old monster movies, it’s a great pleasure to see film makers who appreciate the aspect of a focal creature (an often overlooked concept that seems to be father and fewer between). The cast adds the drama, while the effects work adds the flair. The film is not a perfect piece in the least but it delivers (as stated before) on the degree of an X-files episode. I do try and keep in mind that the more impressive pieces released are usually done so under a studio budget that incorporates some degree of Tom Cruise (or other name actor) in it. 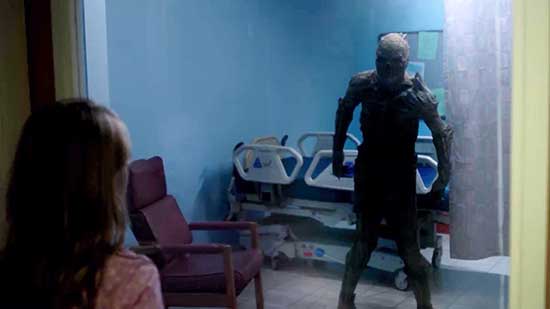 For now, us horror fans will take what offerings we can and make the best of them.

The Sandman is now available per Amazon