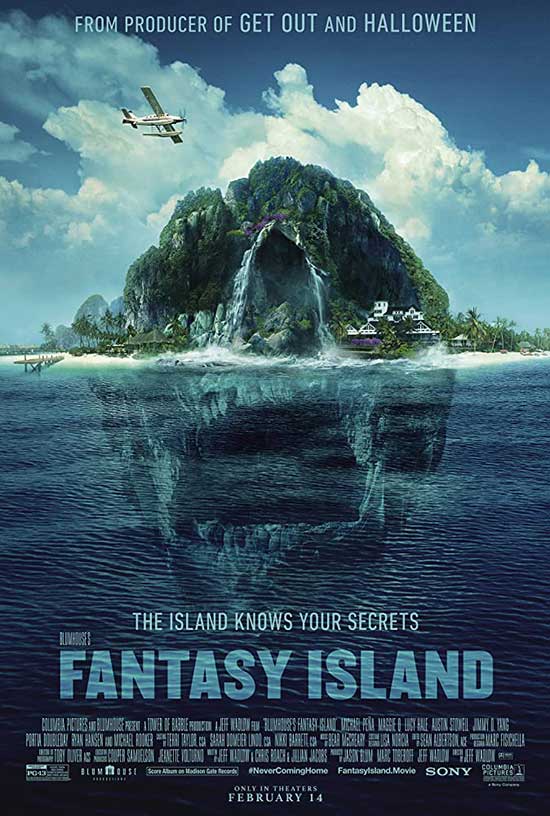 In this reimagining of the 1977 television show, a group of unsuspecting tourists are shocked when their dreams are granted on an exclusive resort island, only to devolve into nightmares.

Fantasy Island (2020) is a horror reimagining of the 1977 television series of the same title, where an island offers visitors a chance to live their fantasies that unfold in unexpected ways. In this updated version by Blumhouse Productions, Michael Peña (the Ant-Man franchise) replaces Ricardo Montalban as the island’s curator, Mr. Roarke. Also different is that the film takes a dark turn as each guest’s fantasy turns into a nightmarish scenario where their lives are in danger. Eventually, all fantasies overlap, revealing that there’s a manipulative member of their party who has hellish plans for them all.

Directed by Jeff Wadlow and written by Wadlow, Jillian Jacobs, and Christopher Roach, the script and directing hold up to scrutiny rather well. Much like the group’s earlier outing, Truth or Dare from 2018, the film begins with a selection of teen-movie stereotypes being introduced. Lucy Hale (Truth or Dare 2018, Katy Keene series 2020) plays the mean girl who, ironically, is seeking revenge on the high school girl who tormented her early years, played by Portia Sloane (Carrie 2013). Jimmy O. Yang (Crazy Rich Asians 2018) and Ryan Hansen (Friday the 13th 2009) play the “bros” of the group, who are also brothers and looking to have a good time. Austin Stowell (Bridge of Spies 2015) plays a shamed cop seeking an opportunity to soldier like his war-hero dad, and the fantastic Maggie Q (Naked Weapon 2002) plays a successful woman who mourns her rejection of a marriage proposal. Michael Rooker (Slither 2006) and Parisa Fitz-Henley (Luke Cage series 2016) round out the cast as the exposition-delivering P.I. investigating the island and Mr. Roarke’s ill wife, respectively. 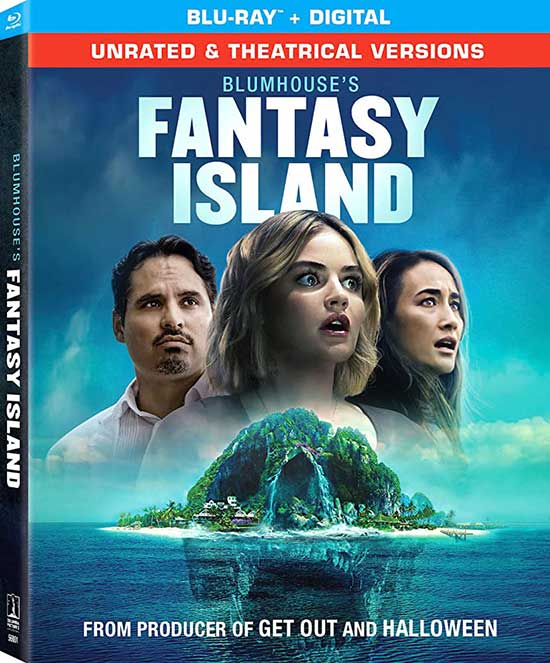 The plot has a twist that, while not shocking, is clever enough to feel satisfying. All loose ends are tied up, though some assumptions must be made, and each character exhibits either growth or reveals some “aha!” secrets. This is impressive, given the fact that the bulk of the film is spent dumping on more and more Lost-esque turns that I, as a viewer, was skeptical could be resolved satisfactorily. Luckily, the teen-shtick drops away fairly quickly, and the ominous overtones set in thanks to Q’s genuine-feeling concern and Peña’s cold demeanor that belies his warm words. It’s fantastic to see Q back in stateside mainstream cinema, and she’s the defacto protagonist that offers the thread of serious inquiry ultimately driving the plot. Peña, too, is a pleasure on screen, and there isn’t an ounce of his typical roles’ stereotyped sidekick humor present.

The real standouts, however, are Yang and Hansen’s brothers, who turn from annoying to endearing with expert pacing. Introducing their sibling dynamics adds heart to the picture, and is more successful than Stowell’s character’s arc which only plays out as a series of plot points. Rooker’s character, too, is fairly unnecessary beyond being a “hand-of-god light,” which is a shame, given his skills.

The gore effects are minimal, but the set design and cinematography make up for it by delivering the hazy-horizons and dreamlike atmosphere one would expect from a Fantasy Island tale. While this film could be seen in its early stages as a continuation rather than a reboot of the franchise (despite the horror bent), the ending reveals it to be a true reboot.

Overall, Fantasy Island offers the same teen-movie made contemporary cinema experience that Blumhouse’s 2018 Truth or Dare does, but with less horror and more of a suspense/whodunnit vibe. The twist works, as do the characters, and the casting is solid enough to warrant props. So, if you’re in the mood for a decent, if not mind-blowing, tension flick with good production values, give Fantasy Island a watch.