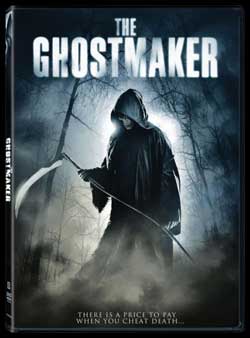 After Kyle, a flunking college student finds a fifteenth century coffin with the ability to create the death experience; he attains a new lease on life. Will Kyle be inspired to get his life in order or will his obsession with the box consume his very existence?

“There is a price to pay when you cheat death.”

The Ghost Maker, often referred to in some circles as Box of Shadows is immensely creative, highly imaginative, unsuspected treat. While the picture borrows the caption, ‘based upon actual events’ to lure its audience the truth of this claim remains to be seen. Whether based upon fact, fiction or otherwise I think the premise of the picture should be enough to stand on its own. There are certain elements reminiscent of Flatliners, others of Hellraiser, or Final Destination but the overall, central theme of an ancient casket capable of delivering the death experience is unique, making this production highly entertaining and compelling.

While some may argue the CGI is over indulgent, I feel the special effects are harnessed well. The bluish, vapour like apparitions are eerie and haunting and will remain with the average viewer long after the fact. The evil that lurks within the box’s users gradually seeps out at a moral cost. As Kyle (Eisenberg), Sutton (Holland) and Platt (Grey) become obsessed with exploring the purgatory like journeys the box provokes a simultaneous central theme of morbid curiosity exudes. Kyle seeks redemption against his druggy bullies while Sutton initiates his inner voyeur, spying on Julie, Kyle’s girlfriend that he happens to have an unhealthy attraction to. 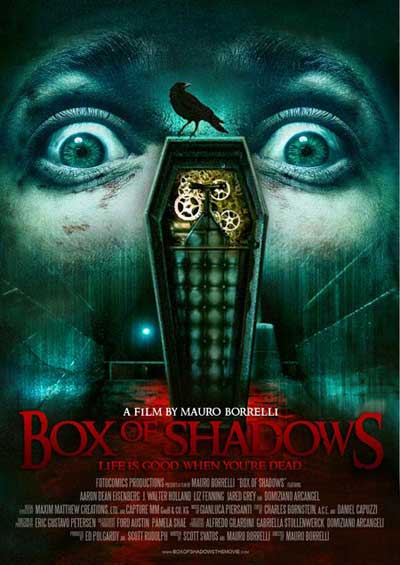 An interesting shift takes place within the second and third acts of the film. The protagonists’ character traits unravel one by one. Where we’re initially drawn to the lead role of Kyle we learn of his meth addiction, dishonesty and lack of morals surrounding his girlfriend Julie (played by the breath taking Liz Fenning). It’s an interesting downward spiral but for a main character it is difficult for us to remain loyal to our empathy principle. As we shun his actions and reactions, roommate and friend Sutton is gradually healing from an accident, having confined him to a wheel chair. We find ourselves rooting on the secondary character and washing our hands of the lead. Yet another shift takes place where we learn of Sutton’s true colors and sinister intention. Once again the average viewer will embrace the humanistic side of Kyle. It’s brilliant, complex character development and conflict expose. I’m hesitant to believe it is a good fit here. Ultimately we find ourselves torn as to who to relate to making the story much more muddled and contrived that it needs to be. 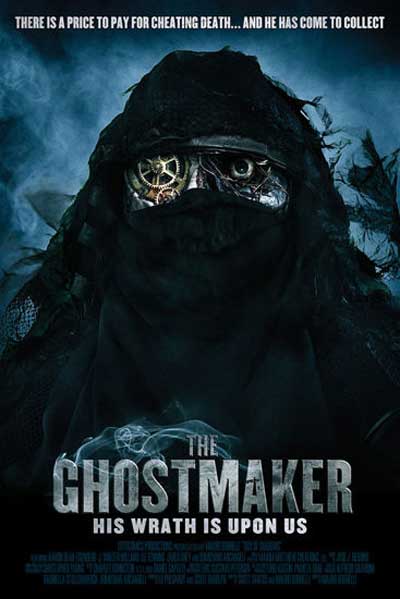 The action sequences seem to drag on a little, tarnishing the overall production. While Kyle and Sutton have their final showdown we’re reminded of the dreaded jumping the shark syndrome. Their exchange is so over the top it truly borderlines parody type caliber scenes.

There isn’t nearly as much death and blood shed that you may suspect for a horror picture. Once again as this is a supernatural based theme, perhaps the necessity for actual death isn’t as crucial as you’d expect at first glance. 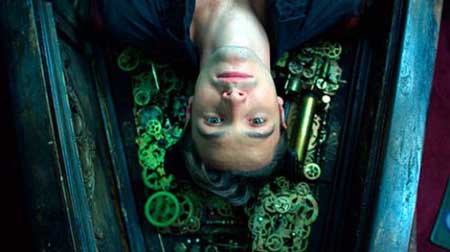 We don’t get to see nearly enough of the esthetically pleasing Julie (Fenning). Her role in the film could have been increased ten-fold and captivated a larger audience. The special effects and make up that were utilized on the meth-heads is every bit as creepy as the CGI deployed to create spirit of Wolfgang Von Tristen’s the creator of the demonic devise.

The overall premise of a gateway to death through cogs, wheels, and metal gears within the coffin is refreshing, yet sadly its execution was just a little too stiff for me.