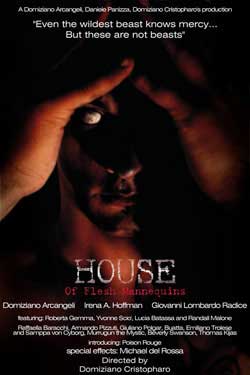 “House of Flesh Mannequins” is a nostalgic homage – and sure amused – that winks at the classic films from the 70’s. A movie set that look like a stage (and the film itself is divided in 3 Acts), searched costumes and hairdos, cinematography of Mirco Sgarzi that recalls with personality the atmospheres of the best Fulci and Argento’s movie. This is cinema maded from who loves the cinema, a movie rich of winks and citations that the most expert (but not only them) will be amused to pick: from Lynch to the surrealism of the 30’s, passing trought Fulci and Cronenberg. International p*rn stars and regular actors working together for the first time with extreme body art performers used in the torture scenes. Everything is real, but at the same time, everything is done for the purpose of creating a movie, which is anything but real. The movie presents a compelling case against the use of gratuitous violence on TV as well as the self-righteous, sanctimonious ways that society chooses to confront children’s issues.

While these days in movie making it’s easy to call anything bizarre Lynchian with hopes of leaving it at that to fill in the gaps, House of Flesh Mannequins stands in a class all its own. Surely the most bizarre I’ve seen this year and yet at times closer to Hell than many who’ve tried. Directed and written by Domiziano Cristopharo, HOFM is really not for everyone and perhaps even not for alot of horror fans. P*rnography litters through out but only in sprinkles rather than overtaking. 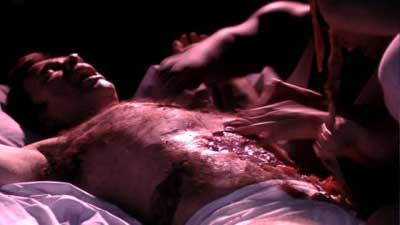 Add to that the fact that those scenes are much more connected to a “Dante’s inferno” reality than what you would see else where. The film is hard to follow at times due to some accents and some low speaking sections. However it has a remarkable talent for making viewers feel like a voyeur of nastiness than being a participant. Add to the fact that some of the horrors shown within are real acted moments combined at times with body mutilation and dark underground humor. If that lead in isn’t enough to peak your curiosity then read on.

We find he has suffered an abused childhood that his psychologist father tortured him by sleep deprivation and constant home videos. Explained as a series of tests to drive industry reports, his father also crossed the taboos of child father relationships with inappropriate behavior and exposure. Things begin to change for him when an apartment tenant Sarah Roeg ( Irena A. Hoffman) begin to take interest in his work and Sebastian himself. Mr. Roeg, Sarah’s father seems to be handicapped in a number of ways. He is partially blind, speaks thru a throat aid and spends most of his time sitting in a throne like chair. Though viewers may be wishing for subtitles as I found most his lines incomprehensible and at a lower volume than I could decipher. Sarah and Sebastian evolve into a relationship of sorts. Sarah also begins to open up to Sebastian’s bizarre imagery. 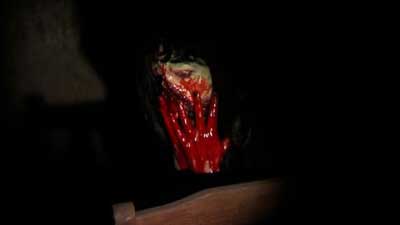 The movie is probably the closest to an art house film as you’re likely to see. When Sebastian visits a local fetish house, the showcased acts and participants take on a more supernatural tone which waver between gory and just plain creepy.

Domiziano Arcangeli’s performance was less than inspiring. Shallow, broken and quaint… I really wasn’t sure what to make of him or what he is about. Irena A. Hoffman is lovely, alluring and every bit the temptress with a talent for mysterious and edgy. Randal Malone who plays Cannoluti is perfect for his seedy street pervert child p*rn ringleader. Interested viewers can also catch him playing the role of John Wayne Gacy in Dahmer vs. Gacy. 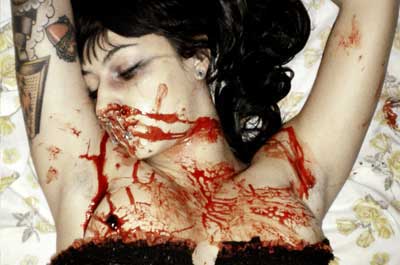 In research, the movie has maintained a very criticized impression upon movie goers with its over the top at times gratuity and sexual perversions. Though that impression is also intertwined with film critic brilliance putting it in a weird place for placement. Whatever the case, the film raised more than a few eyebrows by labeling it quickly under controversy where ever it has been shown…which by today’s standards means that it will rise to the frontline to the interest of several viewers. 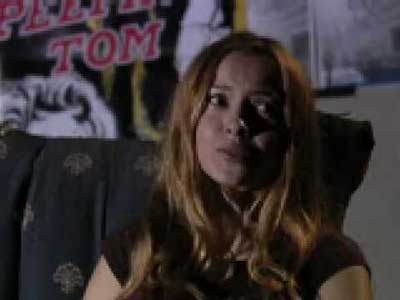 House of the Flesh Mannequins