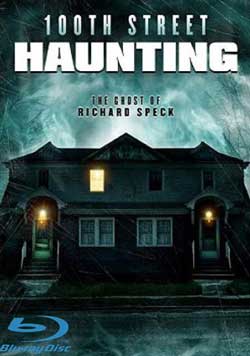 A team of paranormal investigators go to the site where notorious serial killer Richard Speck murdered several nurses years ago and try to make contact with any spirits that may still be lingering there. Of course they end up encountering Speck’s ghost, and he isn’t very happy. The team soon finds themselves locked inside the building with no way out as the vengeful sprit starts picking them off one-by-one.

I don’t know about the rest of you guys but I think that the whole “found footage” thing has pretty much run its course. Apparently the people behind 100 Ghost Street: The Return of Richard Speck don’t agree as most of the film is shot from the perspective of the person operating one of the cameras and we are told at the beginning that what we are about to see is actually footage from the tapes that were found after the ghost hunting team disappeared ala Cannibal Holocaust, The Last Broadcast, The Blair Witch Project, and a ton of other similar movies. I wouldn’t say that this particular film was bad, as it does have some pretty cool scenes that may give some viewers the willies, but overall it wasn’t anything that I hadn’t already seen many times before.

Thanks to the popularity of shows that deal with the paranormal such as Paranormal State, Ghost Hunters, and for some unknown reason the God-awful Ghost Adventures, ghosts, haunted houses, and paranormal investigations are all the rage now. It would only make sense that filmmakers would start making movies that centered around these things while they were red hot and popular, and as a result over the last couple of years we have been bombarded with a slew of horror movies that involves a team of researchers being trapped in some sort of haunted place and then getting killed by an evil spirit of some sort. I thought that it was a little odd that the people responsible for this movie decided to make Richard Speck the ghost that was going around tearing people apart for a couple of reasons. I am sure that there are a lot of younger viewers out there who won’t have a clue as to who he is, and in addition, he wasn’t really known for ripping people in half like he was Jason Voorhees or something. I think that they should have just made up some horrible, demented killer and given him a cool back story for the movie as I really don’t think that it works to have Speck’s evil spirit as the antagonist. 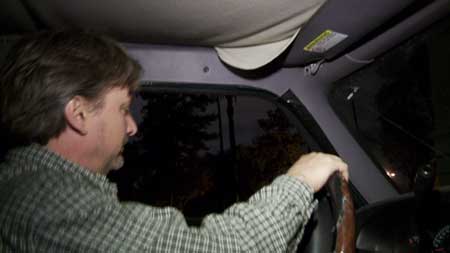 Taking a cue from Grave Encounters (which is pretty much interchangeable with this movie), a lot of the film involves the characters running around in dark hallways, hearing weird noises, and looking for other members of the group who have disappeared. We have the usual characters that always appear in these types of movies such as the asshole guy in charge of the team who just wants to get some great footage and doesn’t care if anyone dies in the process, a couple of attractive females, and the interchangeable camera/tech/sound guys who are basically just fodder for the evil presence to knock off. Surprisingly, the psychic medium wasn’t present this time around though, which I thought was a staple for these types of movies (I mean come on, you have to have someone freak out early on and try to warn the others to get out before it is too late like the psychic character always does in these films). None of the characters really stand out at all and as such I really didn’t care when they started dying off (with the exception of the one chick who is raped, killed, and then raped again by the ghost as I thought that she was a real cutie and deserved to be the final girl). 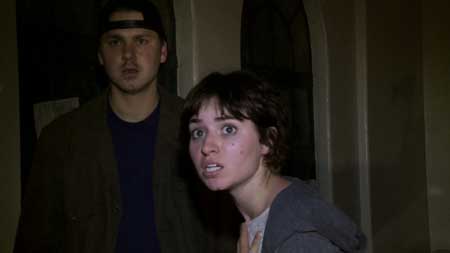 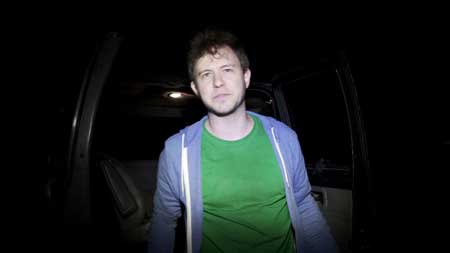 Most of the death scenes take place off screen and we just get to see the aftermath. This is unfortunate in one case at least because someone is ripped in half at the waist and I would have loved to have seen it actually take place but I guess it just wasn’t in the film’s budget. Instead we just see him getting dragged down a dark hallway (which reminded me of the last scene of Rec and its American remake, Quarantine) by an unseen force with only the bottom half of his body found later by the others. There are a lot of people who die in the movie-which is a good thing-but we don’t even get to see some of them as they take place behind a closed door or off screen. 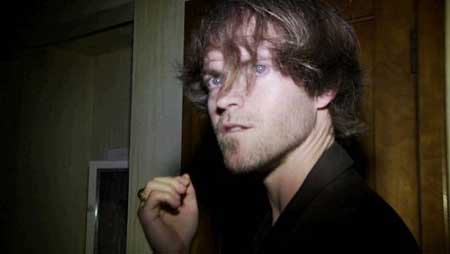 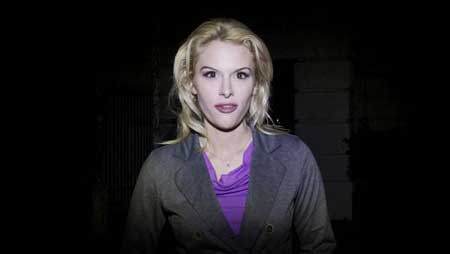 100 Ghost Street: The Return of Richard Speck may appeal to some people, but I have to be honest and say that if you have seen any movie recently that was about a team of ghost hunters investigating someplace where something terrible happened then you have pretty much already seen this movie as it doesn’t bring anything new to the table. I wouldn’t say that it was bad, but it is painfully unoriginal and just like at least four other movies I can think of just off the top of my head. I also felt that the ending really, really slow, dragging on to the point that I almost fast forwarded it because I was tired of watching the survivors run around in the pitch dark screaming at things I couldn’t see that goes on for way too long. Check it out if you are into these kinds of movies, but keep in mind that you won’t see anything new or original that will amaze you.