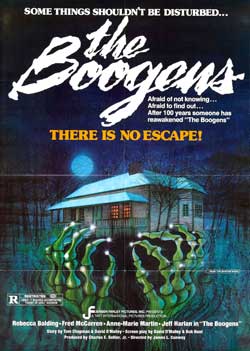 In a small town near Denver, two young men begin to explore a long-abandoned old mine recently re-opened by a group of minors. When one the men is discovered missing, his friends begin a search that leads them to horrifying consequences. They’re all unaware of the evil that’s been unleashed and soon, one by one, a monster that no one has seen snatches up the townspeople. Suddenly, the grisly truth is revealed and a young couple is forced to confront the unknown in order to save their lives… and the entire town. Directed by James L. Conway (Hanger 18).

“The Boogens“, an old lost gem from the 80’s (or so it has been said). I remember this film mostly from its newspaper advertisement at the time “There is no Escape” with those skeleton hands coming up under that house. 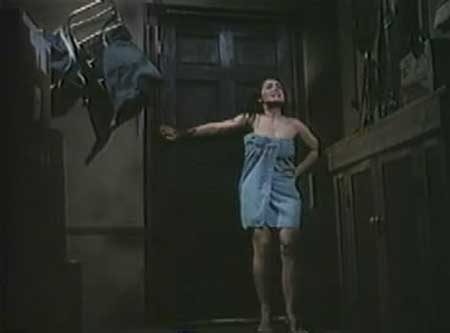 “The Boogens” capitalizes on that old familiar “thing in the basement” routine. We get right into things pretty early on when a traveler who just avoided a deer-in-the-road accident spends the night at the house. I was never really sure “why” she assumed that it’s ok to just grab a night at this unoccupied residence, however we’ll just say that she had no where to go for reason or other. In any case, she gets dragged from her room into the basement from some unknown entity (a Boogen perhaps?….ah your quick, you are)

The film begins with a slide show of newspaper clippings about the old mine and how it was shut down over the years with some being stranded and left behind. No mention of anything supernatural, just the ol abandoned mine reporting. I believe they called it the black mine incident (or something like that) 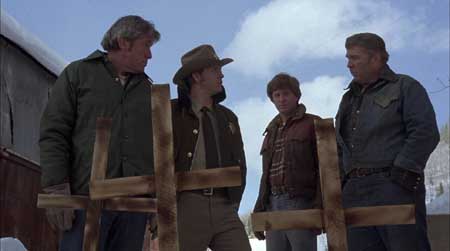 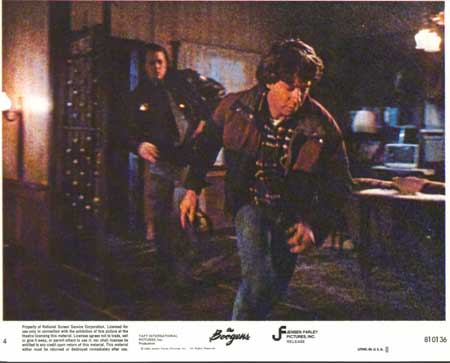 Cut to present as a small team are excavating it for potential cave-in structural issues. One of the jokesters Roger Lowrie (Jeff Harlan) spends most of his script complaining how he hasn’t gotten laid in 12 days. There is something about this that seems both annoying and a bit too scripted for comfort. Each of the workers make comical comments to Roger about how he’s got to get his business done so he can assist the team on more assignments. Well what did I expect…. it’s “Porky’s” age humor, none-the-less. 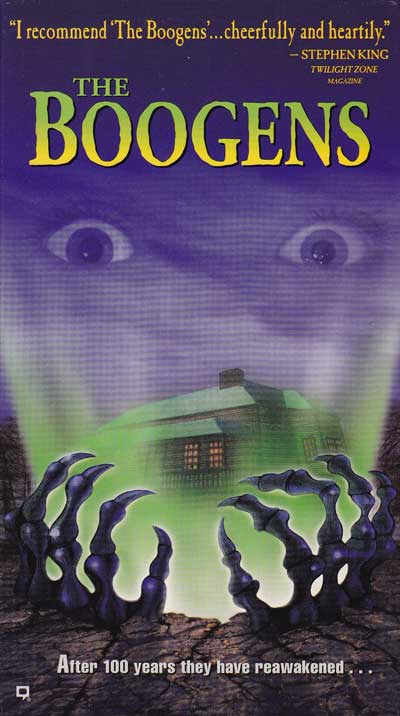 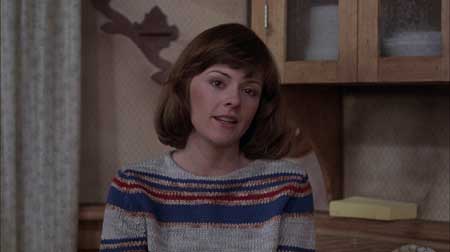 Roger and his best friend Mark Kinner (Fred McCarren) have rented a cabin for the week. Roger’s girlfriend Jessica Ford (Anne-Marie Martin) has also been invited to join them. With Jessica, is her friend Trish Michaels (Rebecca Balding). It doesn’t take too much thought to deduct that the cabin has been set up as a love interest getaway. In all, they pretty much assume it’s going to be a fun weekend away from things and an opportunity to relax. All the while we get hints of another entity lurking in the basement that begins to show itself in the form of the occasional tentacle.

An older man from the parts, has been keeping an eye of things in the interest of keeping the cave and its occupants from seeing the light of day. However, this “thing” has managed to occasionally turn up in the basement of the house. The idea of “Boogens” mostly exceeds what it ends up being. We get plenty of old style suspense and then the inevitable body count kill-offs. From looking at the cover your first thought wouldn’t be aquatic creature. And I believe “that” has been the attraction this movie has had over the years. With a name like “Boogens”, well…… it could be anything. 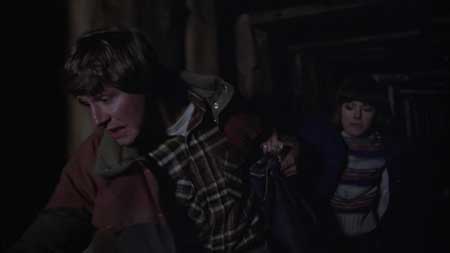 Our creature finally rears it ugly head (in act 4) while the last of the bunch standoff against it. I wouldn’t run out and grab a copy……. but it’s still ok for its time frame. The creature itself ends up resembling a snake-esque turtle parasite with eel-like fangs to snatch its prey. That model seemed to be popular back in the day with other films like “Parasite” and “Deadly Spawn” eventually taking similar route. 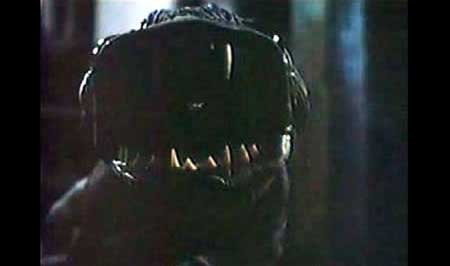 James L. Conway directs this quirky monster movie which got a boost from Stephen King who claimed it: “A wildly energetic monster movie!“. Finally reviewing this decades later, I can honestly say it’s pretty ordinary and uneventful. The final act sizzles out like a TV series episode and never really offers too much in the thrills department. The director reported that the name came from a hybrid word for the term “Boogie man”, but in short it doesn’t fit that description either.

James L. Conway would concentrate most of his future efforts on TV series work. Though fans probably didn’t realize that he also directed several episodes of the hit TV show “Supernatural”. Where would I place “The Boogens“? Well I’m not so sure it needs to be a stand alone, but it would go great with a 80’s pack of past VHS horror films. Some have referred to this as a cult classic. Maybe it brang back old memories, but I just didn’t make the connection to cult or classic.