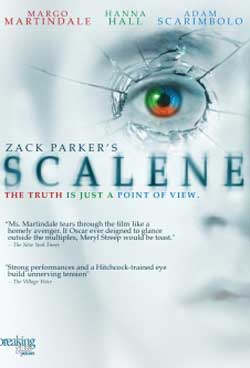 A Midwestern single mother has vengeance in mind after her invalid son is institutionalized for sexual assault.

*Of a triangle having three different sides with different lengths.

“The Truth Is Just A Point Of View”

Scalene is an artistic endeavor that is conveyed with such obscure finesse it may take the average viewer two or three times of viewing to fully understand the plot. I was a little frustrated at first feeling the story was a little muddled and hazy, beginning with the film’s heightened climax and digressing backwards into exposition. Approximately half way through the lapsed timing we get to where our story begins then it progresses interestingly enough from a different point of view from another character.

Jakob Trimble (Adam Scarimbolo) is for all intents and purposes developmentally handicapped and requires around the clock care. His mother Janice played by Margo Martindale that you make recognize as the file clerk from the runway hit television series Dexter has just about reached her wits end. She has virtually no time to herself, cannot hold a steady job and any kind of outside intimacy is out of the question. She hires college student Paige Alexander (Hanna Hall) part time to watch over Jakob while she tries in vain to fulfill all the voids in her life previously missing.

The cinematography is engaging, innovative and captures the audience’s attention immediately. From scene one where we commence the tale with an extreme close up of Janis’s pupil’s the camera gradually pans out to illustrate an expression worthy of a thousand words. Angst, despair, sorrow just to name a few consume the woman as she psyches herself up to commit the unspeakable. Some truly poetic examples of camera work is illustrated from the character’s point of view toppling over on a stair case to some panoramic, three hundred and sixty degrees of a room plagued with confusion, sadness and helplessness. Another memorable shot is of the lovely Paige with a kiss of sunburst just over her shoulder in the beholder of the invalid Jakob. It’s award worthy illustration and it far makes up for lack of bold in your face terror we’ve become so desensitized as horror fans.

Each of the cast put on a phenomenal performance. It’s interesting to see Martindale in a lead role and you cannot help but feel pity for her disposition yet all within the same movie become outraged that her lack of sensitivity could become so all consuming.
Scarimbolo is so believable as a helpless, torn developmentally challenged we cannot help but ponder if his affliction transcends into reality. The true psychological twist unfolds as Paige contemplates the unspeakable and actually instigates her plan to have Jakob removed from the Trimble household suspecting physical, emotional and psychological abuse is taking place. This is riveting story telling at its peak. Scalene is definitely worth watching for fans with a flair for dramatic fanfare, psychological film or otherwise. 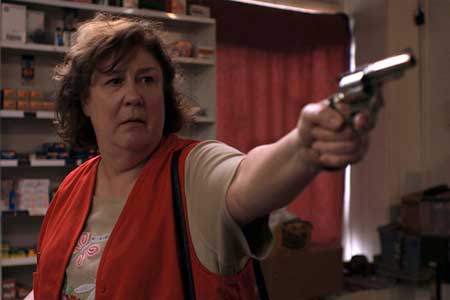 While the picture was produced on a modest $150 000 budget, it’s evident quality does not have to coincide with quantity. There aren’t really any special effects to speak of and the costume and make up department is far from over the top with glamorous exposes. Yet at the same time the team does a wonderful job of creating a very unassuming, middle class, suburban community so flawlessly we cannot help but take the efforts for granted. 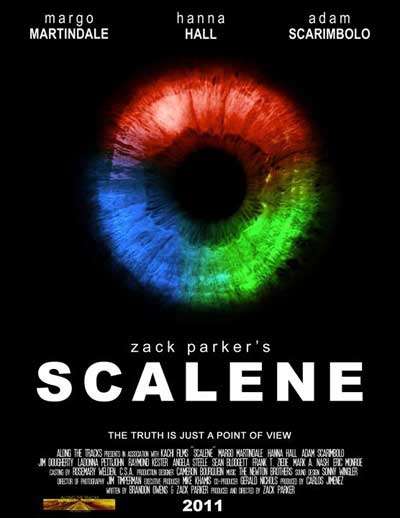 The original music score is subtle yet at times heightens the mood or emotion just enough to move the audience.

Guys if you’re a fan of bombs, boobs and banshees and want to stick to the tough guy façade while watching with your lady friends, I’d recommend watching this one alone as Scalene will tug at your heart strings without question. Scalene is an emotional gem of a production that breathes new life into independent thrillers.

Four out of five tombstones 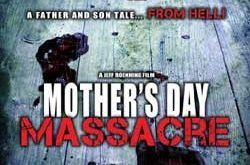 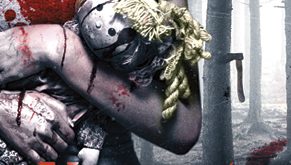 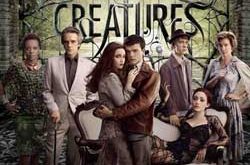