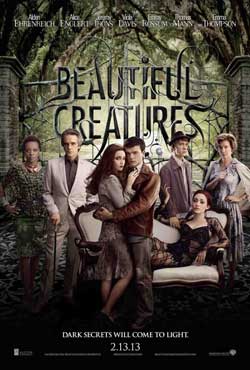 A supernatural drama centered on a local teenager and the mysterious new girl in town who uncover dark secrets about their respective families.

Based on the novel by authors Kami Garcia and Margaret Stohl, “Beautiful Creatures” is a film that while catering to a Twilight-style crowd, “feels” very much like the movie novelization it is. This well-directed, well-acted film achieves what other have tried and failed… a romantic fantasy film challenging the issues of light vs dark intermingled with the subject of witches. Though casting away the stereotypical term “witches”, these magical powered beings are referred to as “casters” in this film (a play on the words spell-casting).

The premise begins very simply in a first act that we are no strangers to (with TV series such as the 2011 “The Secret Circle” to reference from). Ethan Wate (Alden Ehrenreich) has been having reoccurring dreams about a girl he has “yet” to meet. His town, Gatlin, South Carolina, is as small and small-minded as they get with folks hanging on to religious superstitions and life never seeming to progress much (the area lacks a Starbucks AND gets movies in its theatres that have already gone on to DVD). The town even takes a note from the film “Footloose” by banning interesting books in exchange for Church-approved ones. 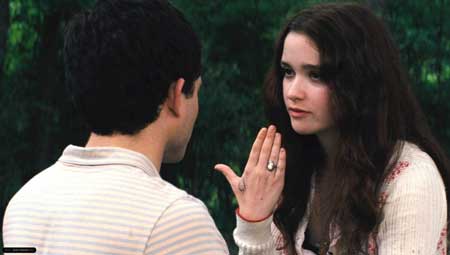 Lena Duchannes (Alice Englert) is the new high school arrival who is instantly mocked by jealous locals and subjected to ridicule without cause (she also seems to have modeled her attitude a bit after Kristen Stewart’s monotonistic performance). Ethan, recognizes something different about Lena making every effort to charm and win her over. It’s a strained first meeting that quickly develops into something more. Lena’s Uncle / caretaker Macon Ravenwood (Jeremy Irons) lives a reclusive life filled with the luxuries of wealth and the prestige of being one of the founders of Gatlin. He keeps Lena a recluse herself with a history of changing schools, constant moving, and disapproval of her mixing with the “mortals”.

This factor (though not apparent at first) sets the base for the story of Lena and her magical abstract family. While the town claims the Ravenwood estate to be that of Satanists, we find that the idea is nothing but a comfort classification that mortals have embraced. Though the Ravenwood estate is indeed that of power and magical abilities that far exceed the abilities of common folk. Lena and Ethan evolve from a light hearted friendship into a relationship that will test the fabric of even the “casters” limits. 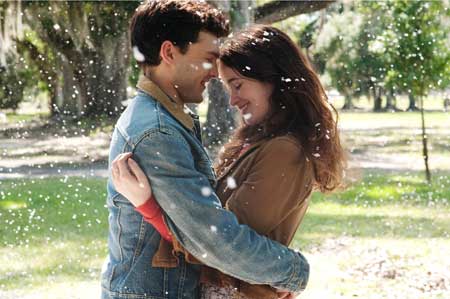 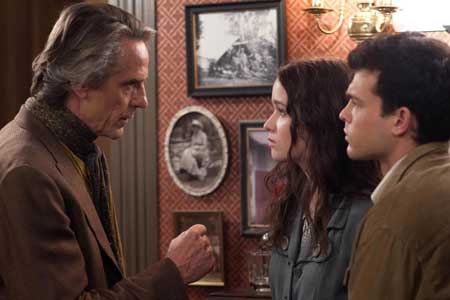 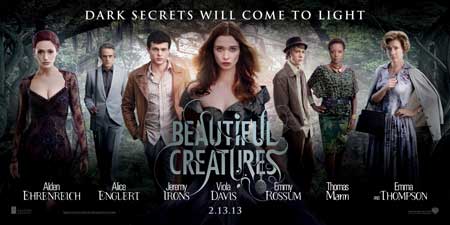 Lena is soon to be age 16. It is a tradition that upon turning 16 a female “caster” is subjected to either becoming “light” or “dark”, depending on her nature and circumstances. While she has to contend with Ridley Duchannes (a dark caster) and Lena’s deceased mother Genevieve Duchannes who has managed to return from beyond. Lena also has to deal with a curse that is intended to keep her destined for the dark side. This conflict puts a strain of the relationship between Ethan and Lena setting her up to make some hard choices at the threat of losing those she loves. 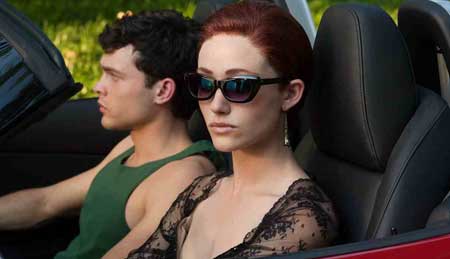 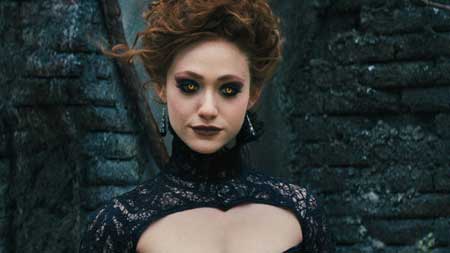 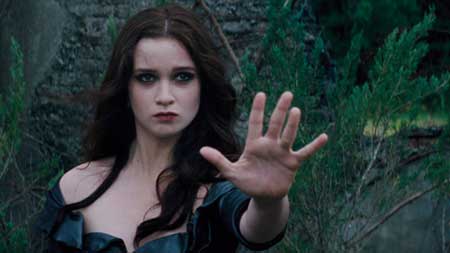 “Beautiful Creatures” is a film that offers stunning visual fx work and style elevating it over the drudge of similar mo vies. Of course it doesn’t hurt that master actor Jeremy Irons is on board to support the fine cast, but in this case, the elements feel like they simply work as they build upon one another. 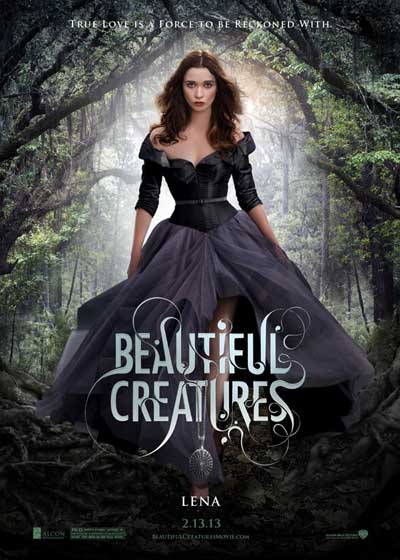 “Beautiful Creatures” which was directed by Richard LaGravenese, seems to follow in the same romantic fantastical envelope as another film that arrived this year by the name of “Warm Bodies“. While different movies with different circumstances, the 2 films are obviously written to appeal to a “like” core audience. I admit to really enjoying “Warm bodies” and have to say, I feel the same about “Beautiful Creatures”. It is a film that is built upon a strong story base that takes some of trendy consumer box office draw elements and presents it all back very nicely. It’s got a hint of Potter, a Twilight style drama, a good vs evil foundation and an interesting storyline that still manages to come out fresh on top. I’m calling this one a smart fantasy film that is appropriate for family viewing. It’s a great combination of moving parts. 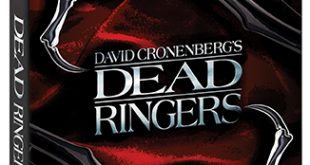 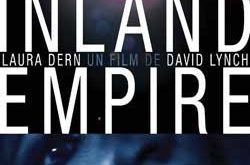