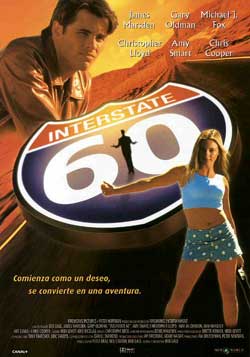 A confused young man (Marsden) takes a journey on a road that doesn’t exist on any map.

“Interstate 60 Episodes of the Road” was one film that caught me by surprise. I’ve always associated it with the stylings of a cult film although I’m not so sure it ever caught on to signal “that” classification. For starters we’ll just stick with the shorter name of “Interstate 60” (no one likes a run on title, yunno?)

The film certainly has its mix of characters and well known actors taking part. And yet, it was always one of those films you might pass over on a rental shelf. Well that’s what reviews are for……to alert others of great films and not so great films. This one, in my opinion was some of the quirky special ones. Call it a comedy, adventure, drama…but whatever it is, it’s got a touch of that magic introducing viewers to roads not yet taken. 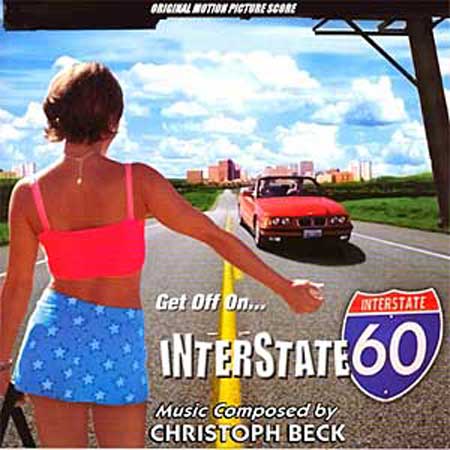 The film encounters young artist Neal Oliver (James Marsden). He comes from a wealthy background but really wants to chart his own course in life. Even with the promise of a “sure-fire” interview for a well known law firm, he feels that life has something in store for him. His painting is a passion that is often centered on an imaginary girl he never met (Amy Smart). And then of course there is that magic element to the whole deal.. We learn from early discussions that there is a special person in the world named O.W.Grant, who grants his passersbys 1 wish. Played by actor Gary Oldman , Grant is sort of leprechaun figure that has been around for quite some time. He wears a bow tie and smokes a monkey pipe (but he’s as seemingly ordinary and you and me).

Grant does exactly that. He grants wishes, but his nature is that of a trickster which sometimes bends the rules of “careful what you wish for”. Horror fans would see this same profile taken with the Djinn from the “Wishmaster” franchise series. When Neal asks for a single wish in his presence, the wish of “wanting an answer to life” inquires Grant enough to come along for the ride. And speaking of ride, Neal is summoned to a freelance job per a strange man by the name of Ray (Christopher Lloyd). 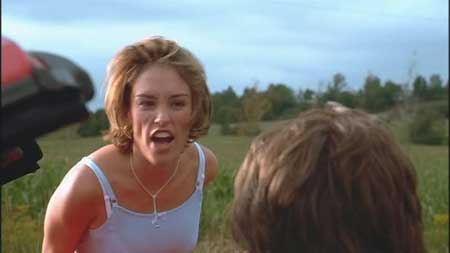 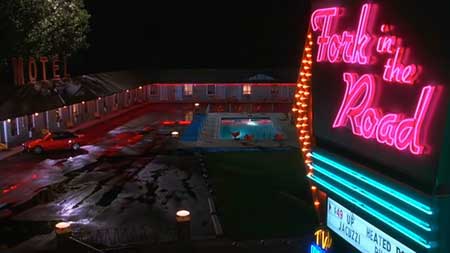 His task? to deliver a single package taking Interstate 60. This interstate doesn’t officially exist, and so Neal sets out to see if it does. As he take the journey, he discovers the hidden road behind all roads that is pathed with a colorful array of characters. Many of which have also seen their wishes transpire in odd ways.

“Interstate 60” takes a colorful tone rich with a series of odd cities and encounters. Neal first comes across a town which purposely indulges it visitors into taking a legal drug they call “euphoria”. The town posts multiple signs about its addictive qualities in full support form its local law enforcement officials. As its simply explained….they get free labor in exchange for supplying more of the drug to its residents. The residents stay happy, high and out of trouble which is a win win for all (nice concept eh???)

The fun doesn’t stop there as Neal ventures further down to a town that is populated by over-anxious lawyers. In fact the entire town exists purely by suing each other for anything and everything. It’s quirky dark humor that I found to be quite amusing. 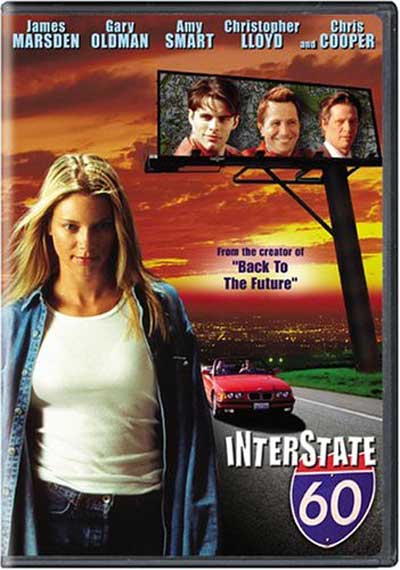 As Neal seeks his dream girl he also does so at the threat that a serial killer may appear at some point. With only a fortune-telling 8-ball at his side, it becomes clear that Neal will have to make some hard choices. 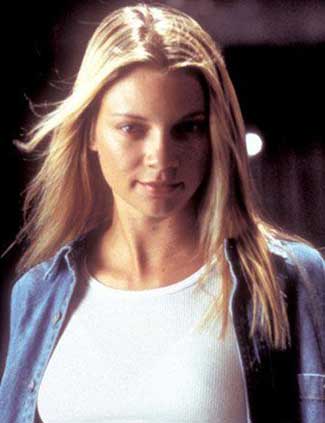 “Interstate 60” in summary, is alot of fun and seals the experience with a whole wrap around ending that brings life into perspective for Neal. It certainly is an offbeat story fashioning plenty of cameo appearances by great actors (call it a Wizard of Oz-style base?) The film follows in the same sort of “road to mystery” that the movie “Highway to Hell” did (leaving off the Hell portion) and while maybe not a sure-fire winner to every viewer…. is written quite cleverly. In analysis, I found Neal to be the subject of constantly having to make the right choice. He’s offered jobs, drugs, money, sex, residence and temptation at every point. Neal is being tested thru the whole film which leads him to the ultimate conclusion.

“Interstate 60” is about finding your soul mate, about dealing with the paths not taken and about the fantastical possibilities beyond our world that might just exist for those who are astute to it.