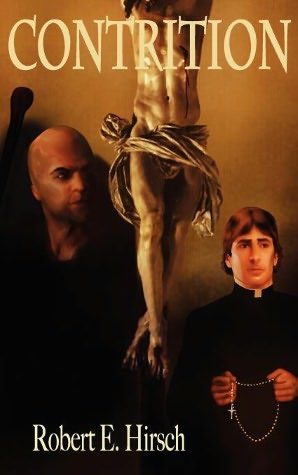 When a mysterious drifter is saved in a small town off the gulf coast of the Mississippi, strange things begin to transpire. Brother Joseph of The Holy Cross had saved the stranger, Tristan from certain drowning. He’s acquired a certain sense of amnesia knowing little about his past, how he’d gotten into his predicament or how he was stark naked. As The Holy Cross finds a murdered child Amanda LeFleur in the attic of the parish an investigation ensues. Nothing seems to add up conventionally for detective Peter Toche. Will they find the clues needed to apprehend the girl’s assailant or will an even darker secret be exhumed to threaten the very existence of the holy faith as we know it?

I’m further and further impressed with the caliber of budding talent flourishing from Journalstone publishing. At times its boggling just how much content can be jam packed in a mere 70 000 words. Mark my words the authors up and coming in this press will be the Laurel K. Hamilton’s, Stephanie Meyers, Clive Barkers and Stephen Kings of tomorrow.

The action is constant, relentless and lures the reader into uncovering the mysteries of the faith in a sense of urgency that rivals that of the local police force and one detective Peter Toche. A wayward catholic, having hardened in the line of duty, the long arm of the law has trouble swallowing the gospel. We feel for the cop, can relate and even silently cheer on the possibility of renewing his faith.

At first I embraced the author’s efforts with reluctance. I was concerned one would have to be a bible study major or speak fluent Latin to truly get Contrition. I’ll even go so far as to state that I had no idea what the title even meant. Personal limitations aside the story is most engaging and rest assured one does not need to be an authority in either topic to maximize enlightenment here. One may have been concerned the passages of foreign text and heaping portions of Catholicism would be overwhelming and distract attention from the plot. Quite the opposite is achieved in fact as we delve further into the psyches of brothers Placidus, Phillip, Joseph and Patrick.

The character Tristan is a viable commodity in his own right. The ancient symbolism of good versus evil is presented here embedding itself deep in the annals of primal, common fears among our audience. Many things remain unexplained in our society. The after-life and what becomes of the soul is without doubt the most common. It’s effective literary horror and for anyone that has sinned without remorse will ponder the ramifications found in the subtext of Contrition.

Hirsch drafts some most vivid imagery in his descriptions. The majestic country side of the deep south and the bordering seas and like postcards for the brain. Some of the graphic details outlined in the death scenes are most definitely not for the squeamish or faint of heart.
The author has a true knack for outlining the fallacies of the human psyche and behavior. Loss of faith in today’s society is so common place, it’s rendered as a given, almost expected. It’s endearing to find out more about the characters, how they’d fallen from grace and how each individual life rises above their scepticism.

As the protagonist unveils itself towards the latter portion of the tale we’re submerged in a good old fashioned good versus evil, pre revelations/apocalyptic story. It’s unpredictable what transpires and we’re left guessing until the very end if Amanda LeFleur’s murder will be avenged.

Most definitely give Contrition a chance, or you just may regret it.