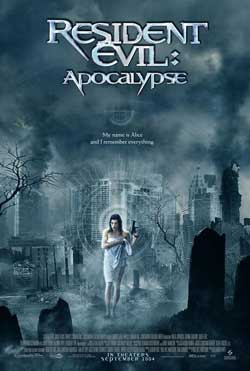 Alice awakes in Raccoon City, only to find it has become infested with zombies and monsters. With the help of Jill Valentine and Carlos Olivera, Alice must find a way out of the city before it is destroyed by a nuclear missile.

For me, “Resident Evil: Apocalypse” is a great follow up. The film leaves off right where the last one film ended (“Resident Evil (2002)”)(about 13 hours after) taking the universe of Resident Evil even more into the violent zombie-filled stratosphere of imagination and ugly creatures. Our leading lady Milla Jovovich is back with a vengeance as “Alice” being reactivated when the city of Raccoon goes haywire. To get the ball rolling we are old that the T-virus outbreak that was quarantined to “The Hive” at Umbrella Corporation was released when a research team botched their visit (upon being immediately attacked). As a result of this fatal outbreak, the corporation was forced to create a security perimeter surrounding the city with only 1 way out. The citizens of the town push forward to get out of harms way but are only met with resistance when its clear that the virus has indeed started spreading. 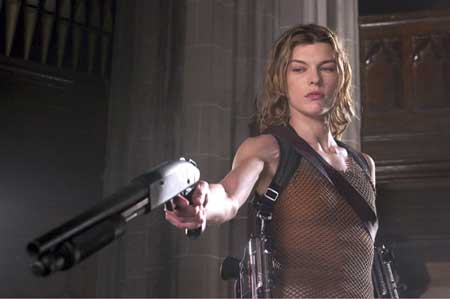 In this entry, we are joined with new characters Jill Valentine (Sienna Guillory) a police officer who despite lacking Alice’s superhuman abilities (a result of the T-Virus inside Alice) is one tough femme fatale herself. She and her partner Sergeant Peyton Welles are forced to take on the creatures of this “now quarantined city” to survive and hopefully gain a few answers. In fact it becomes painfully obvious that Umbrella Corporation has turned its back on them and is using the area for testing out their bio weaponry.

“Alice” later joins up with the team as they all are recruited to find the missing daughter of one of the chief engineers, Dr. Ashford. They first encounter a new race of lethal creatures that roam called “Lickers”. This is followed by hundreds of walking dead residents and violent vicious zombie dogs. 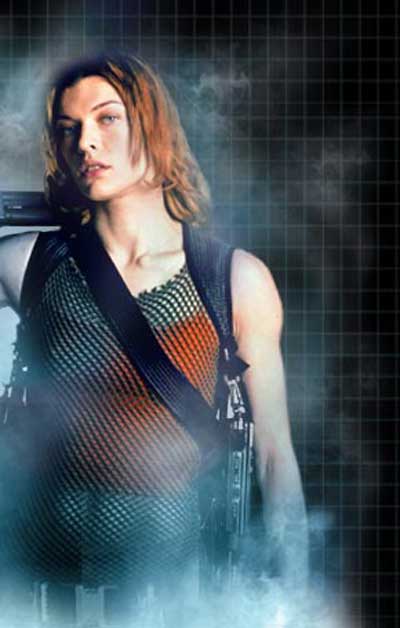 Speaking of Bio weapons, we are introduced to a new bad-ass experimental creature deemed “Nemesis”. “Nemesis” is a new experimental abomination equipped with a machine gun impervious to bullets. “Nemesis” is activated and dispatched to kill off the remaining STARS operatives. “Alice” is put to the test with this new warrior who is eventually pitted against by force in order to test how effective this beast is. “Nemesis” is revealed thru flashbacks to be the product of her former friend Matt Addison (from the previous film). It becomes apparent that the corporation turned Matt into an organic enhanced creature of mass proportion for their experimental weapon program. 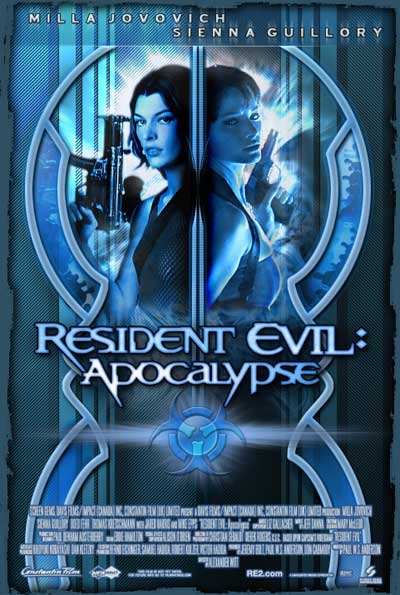 Others caught in the Umbrella mess include Carlos Olivera (Oded Fehr) and his partner who have also been left for dead in the wake of this outbreak. The film paints one of the corporation’s higher-ups Major Cain as the main villain in this film. We learn that he’s been leading much of the experimentation and terminations occurring thru out the city. The city is later targeted for full extermination thru the use of a nuclear missile. The team has to escape before being caught up in the wake of this. We also learn about Alice’s relationship to the T-virus and that she has become organically infused with the virus giving her a rather unique evolved internal makeup. 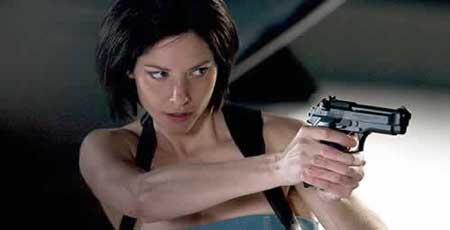 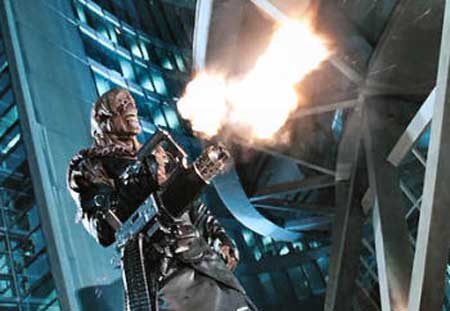 “Resident Evil: Apocalypse” is a high energy, character-filled action adventure horror show further cementing the Resident Evil franchise as a genre favorite to watch for. This particular film brings in a few more of the games central characters and reveals the ultimate purpose of the villainous corporation heads. As a zombie entry is has been cited as a favorite often making lists as a franchise entry. 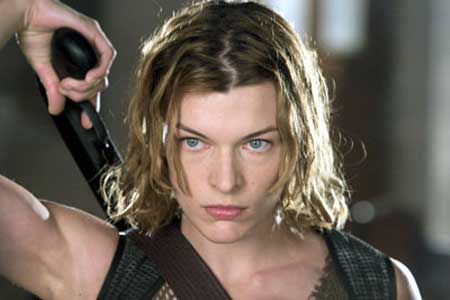 It was reported that the film borrows plot elements from the video game releases “Resident Evil 2 and Resident Evil 3: Nemesis”. Critics on the most part slammed the film in many instances claiming it a waste of time. I however fully disagree on this notion calling this a favorite in the franchise over others. It serves as a great combi-watch when combining it with the first film, for what I believe to be an exciting zombie chaos action flick viewing. “Resident Evil” is often used in comparison to its game products…though it should be stated that many of us viewer watchers are not game players only basing on interpretation on the actual film itself. I loved the inclusion of new characters and the cool addition of character Jill Valentine. In any case, I’m confident you’ll come away from this one with a few things you’ll enjoyed.