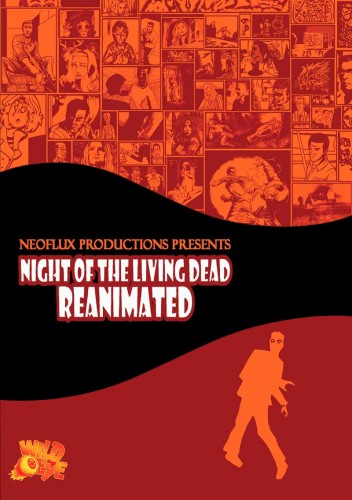 SYNOPSIS:
“Night Of The Living Dead: Reanimated features the work of various artists, animators, and filmmakers from around the globe. The mixed media featured include puppetry, CGI, hand-drawn animation, illustration, acrylics, claymation, and even tattoos, just to name a few. This mass-collaboration approach is less about remaking Romero’s film and more about viewing the classic through an experimental lens. Instead of trying to alter Image Ten’s work, NOTLD:R seeks to showcase the responses that artists from around the world have had to this landmark film.” (courtesy IMDB)

REVIEW:
This week I have something really special. No, not like the Olympics, but more in a good way. I recently presented for the first time on Australian television, be it terrestrial, cable, hand-woven, or digital, the 2009 horror film Night Of The Living Dead: Reanimated (2009), compiled and produced by my good friend Mike Schneider. Okay, so it’s already played in the United States – so what? I had the Australian premiere, so stick that in your pipe and smoke it, World Movie Channel! Now, is Night Of The Living Dead: Reanimated any good?

Well, it’s art, using the soundtrack of George Romero‘s classic film Night Of The Living Dead (1968) as a canvas for over a hundred artists and animators to re-interpret the iconic images of a world overrun by flesh-eating zombies. But is it any good? It’s a premiere screening. Fine, but is it any good? Well, it’s too late to do anything about it now. I looked up ‘art’ in the dictionary and it said that art is the expression or application of human creative skill and imagination. I also looked up the word ‘Sting’ and it said ‘Annoying little prick’. You learn something new every day, but that’s not the point I’m trying to make. 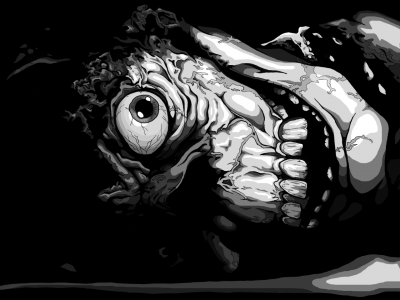 What I’m trying to say is, money is no-where to be found in the definition of art. Some might argue that art created for money ceases to be art, but they’re all poor nobodies, so who cares what they think. Night Of The Living Dead: Reanimated, produced and assembled by my impoverished friend Mike Schneider, is art by any definition – and refreshing. It’s a kick-in-the-arts, one might say – if you’ve taken enough barbiturates – told through a variety of fine arts and animation techniques: Traditional animation, CGI, stop-motion, oil painting, watercolours, ink, even sock puppets, Furbies, Lego and Barbie dolls – all synced up to the original audio track. 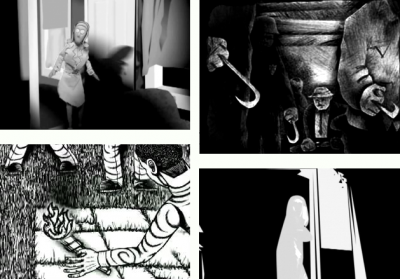 The trouble is, while the film does indeed feature pretty much every animation style under the sun – some of which very cool and fun – some parts are just eye-numbing. As you know, I hate to nitpick, but they often use still pictures, and it’s just like listening to a movie while looking at the storyboards. This may seem somewhat lazy, but despite contributions from more renowned artists than I can be bothered naming, Mister Schneider had to fill-in any remaining gaps as best he could. 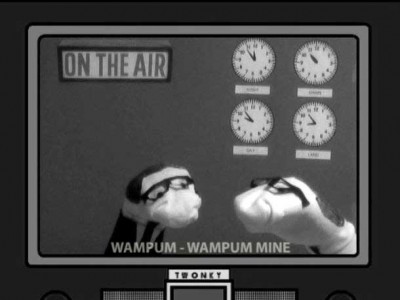 One key thing to remember is that the movie uses exactly the same audio as the original – a real blessing – because without it you’d have absolutely no idea where you are in the film! While the end result may not be exactly what you hoped for, you have to admire Mike Schneider and the team who had to edit all of this together – I’m sure this job took a few years off their lives. This is certainly the most imaginative idea I’ve ever seen when it comes to re-creating Night Of The Living Dead – or any film for that matter – but an idea that’s gone a bit pear-shaped in places. 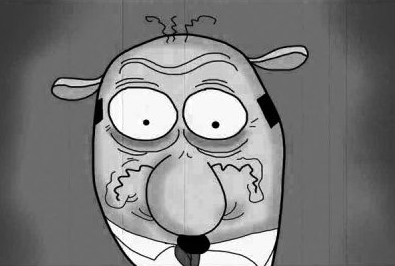 My old friend Sigmund Freud once told me that when you watch something over and over again, your mind stops observing and starts recalling the memories you have associated with its audio-visual cues. When you offer an alternative to these cues – such as new visuals – your mind recognises that there’s new information to take in and begins watching it again. Alternatively, it can just be very, very annoying. 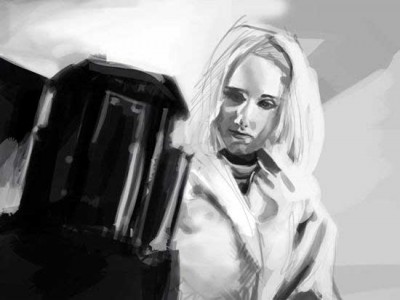 George Romero’s original Night Of The Living Dead has since been entered into the United States National Film Repository by the Library Of Congress with other films deemed historically, culturally or aesthetically important, which puts it alongside other classic films like The Birth Of A Nation (1915), The Ten Commandments (1956), and National Lampoon’s Animal House (1978) – you think I’m joking, don’t you? So remember, if you’re watching the cast being munched on, what you’re watching is ‘art’. I’d like to express my extreme gratitude to Mr. Mike Schneider for allowing me to say such rude things about his extraordinary film, and I’d also like to thank you for joining me for this week’s special edition of…Horror News! Toodles!