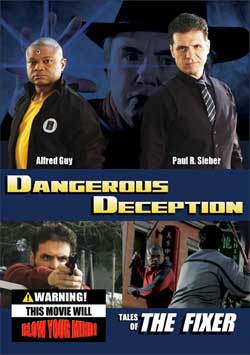 The Fixer (Paul R. Sieber) and Yeb-Beb (Alfred Guy) are the intended victims of the Cult of Nyarlathotep. Evil Cult Leader, Nez (George Stover), has duped a mysterious stranger (Jason Patrick Presson) to join forces to unleash chaos and madness. Magic, mysticism, and a monster combine with fencing, fighting, and foul-play as our heroes uncover a Dangerous Deception

“Dangerous Deception Tales of the Fixer” was my introduction to the film work of Lee Doll. and quite a unique film at that! “Dangerous Deception” begins on a very retro feeling style opener….. one that you might have seen in some of the earlier TV shows that segue from an “origin” into the episode itself (I’m thinking Isis, Shazam, 6 million Dollar Man…or such). The entire (or most of) the film is shot in front of a green screen making it an odd experience with action and drama being carried out over the appropriate backings. Add to that a music video opener, we’ll call it opener #2 which features a full song sung by singer / actress Louanna Lee. (song “Dangerous Deception”). The song is presented almost in a earlier “James Bond” style presentation complete with backing dancing girls (no nudity) and Louanna singing over top. Now its worth a mention that the song is sung twice in the production….the opener and another abrupt inclusion by actress Jennifer Rouse. I don’t necessarily think this tactic is a bad thing…as from a marketing stand point, you come away humming that silly song (“connection…something, something ….a dangerous deception) In further research it appears that the 2 actress are also being marketed to some extent as singer/performers, so I guess it all makes sense. You can tell that Louanna Lee is new to the Demi Lovato game, but none-the-less we wish her luck in her career. 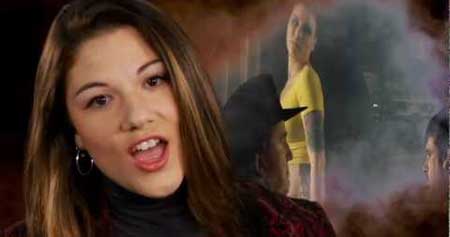 But moving forward…”So what is ‘Dangerous Deception Tales of the Fixer?”. Well I’ll say right off the bat, that this film has alot of charm. I like to use that word “charm” alot…but DD “really” is about charm. It’s retro, it’s silly, its slight Lovecraftian (there’s that other word again), it’s old 40’s detective influenced and it’s modern all wrapped up in one. The FX work also fits the profile (whether you like CGI or not)

With that being said I’ve seen alot of film that try and stay serious but come across “campy”. DD on the other hand is purposely campy coming across more serious. It’s this notion that works to its advantage.

DD is the brain child of Director Lee Doll. Doll has his own style that I’m willing to bet from the perspective of those who know him is reflective of just simply being a “Lee Doll product”. Fans of campy cinema, old films and fantasy horror films will certainly find some elements her they really embrace. It’s hybrid style and green-screeny scenes paint the image of a product we’ve seen in pieces but maybe not entirely in quite this fashion. 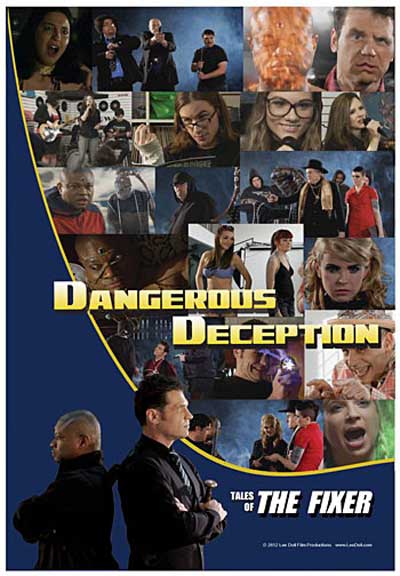 Getting to the premise might be a bit harder for me to put entirely into words. I think this occurs when your thrown into a universe you haven’t read the synopsis to yet. But in essence the film centers on “Disgraced former District Attorney William Lawson” who is played by actor Paul R. Sieber. He ends up meeting Yeb-Beb (Alfred Guy), a martial arts master who trains Lawson into the way of spiritual enlightenment and martial techniques. Thus from this union arrives “The Fixer”. In their film mission they encounter the Cult of Nyarlathotep, led by the evil Nez (George Stover). Nez is a master shape shifter who has been around for quite some time. His cult members also seem to possess this warping body ability and have their sites on duping Lawson. Meanwhile him and his master Yeb-Beb are taking on Duke’s street fighters, stick fighting and thug warfare.

Some portions I found hard to follow from a plot perspective. I’m not sure I ever really connected all the plot points, however it’s better to just sit back and watch thins unfold. 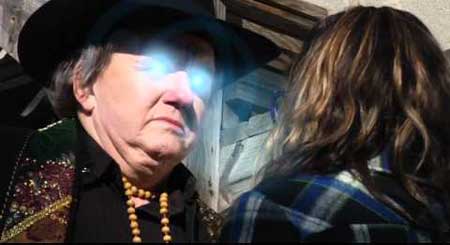 The film seems to have started as a episodal project that was combined into a full feature. It’s first release featured a different lead actor playing Fixer, with this release being the first featuring actor Paul R. Sieber. Sieber has a likeable appeal that makes him a great choice for the role. You can also find assorted music tracks from the production at the site mentioned below. The DVD features various extras including music videos.

To summarize, “Dangerous Deception Tales of the Fixer” will put a smile on your face while being diverse enough to be enteraining.The cover art states it will “blow your mind”… which in the very least will at surprise the crap out of ya.

You can learn more about the prodcution and prodcuts over at www.LeeDoll.com

Dangerous Deception Tales of the Fixer (2012) 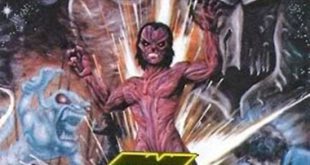 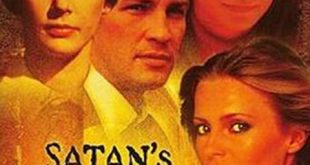 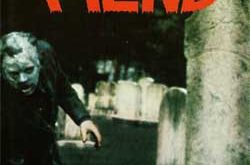