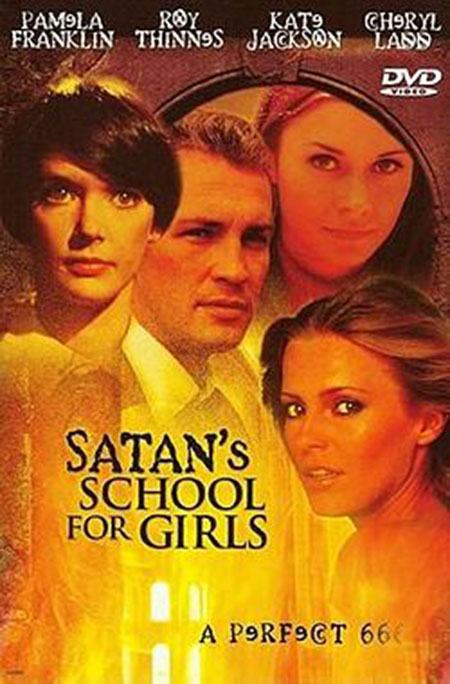 A young woman goes undercover at an elite girls’ boarding school to find her sister’s killer. But instead she uncovers a satanic conspiracy that drives innocent girls to commit suicide … or worse. Two future Charlie’s Angels face the devil himself in this 1973 made for television chiller.

I’m sitting here having a flashback to 1973 when I was the tender age of eight. I remember riding the school bus and listening to the older kids raving about this cool movie they’d seen the night before. That was right before they took their daily break to pummel any remnants of self-esteem out of us little guys; in 1973 a school bus was like the island from Lord of the Flies.

Alas, my family’s home rested in a small valley, so our roof antenna couldn’t pick up ABC, leaving only CBS, NBC and WOR-TV (if you spun the antenna around with a pipe wrench) as surrogate babysitters. Primitive, right? Luckily, we still had our county fairs and witch burnings for entertainment, so it wasn’t that bad. But my little heart sank because fate and the earth’s curvature kept me from seeing a film with one of the greatest titles ever concocted—Satan’s School for Girls. 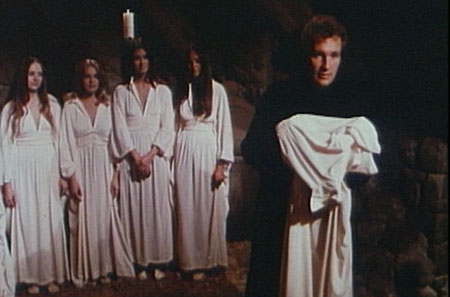 The very words Satan’s School for Girls still evokes tawdry visions of all the things Lucifer would teach beautiful young girls to do. Unfortunately, Satan’s School for Girls is a 1973 made for television film so the network’s Standards and Practices Department severely limited the devil’s naughty curriculum. ABC produced a lot of these diet-horror films that tactfully avoided showing anything that might draw parental hate mail.  You won’t find many satanic symbols or black masses on display and the female cast all wear ankle length, long sleeve nightgowns.

This film was produced as part of ABC’s Movie of the Week timeslot—a series of standalone productions that ran from 1969-1975. Although the majority of the films were shot with low budgets and tight schedules there were still creepy gems like Duel (1971), The Night Stalker (1972), Killdozer (1974) and Trilogy of Terror (1975).  Satan’s School for Girls is no Duel, but it has its chilling and memorable moments. 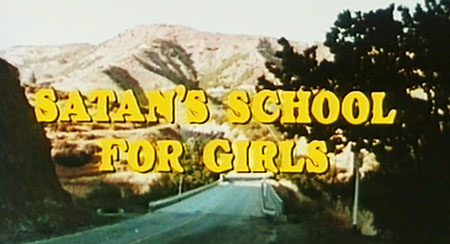 The film opens with a young woman being pursued by unseen stalkers. Eventually she makes it to the safety of her older sister Elizabeth’s house. But when Elizabeth (Pamela Franklin) returns home, her young sibling is hanging from the rafters. The police deem it a suicide, but Elizabeth remains unconvinced and goes undercover as a student at Salem Academy for Young Ladies—yeah, it’s that Salem.

There’s a fussy headmistress (Joan Van Vleet), a nutty science professor (Lloyd Bochner) obsessed with rat mazes and an ever so cool art professor (Roy Thinnes). You know he’s cool because he says things like, “You have to let your mind hang loose,” and drinks wine with his students. Okay, maybe cool and predatory were sort of interchangeable terms back in the day.  Elizabeth teams up with fellow student Roberta (Kate Jackson) to investigate the mystery. There are whispers about accused girls being hung in the academy’s basement during the Salem Witch Trials, and an inexplicable number of the current students (including future Charlie’s Angel Cheryl Ladd) are orphans. From there the plot thickens, but never really solidifies. 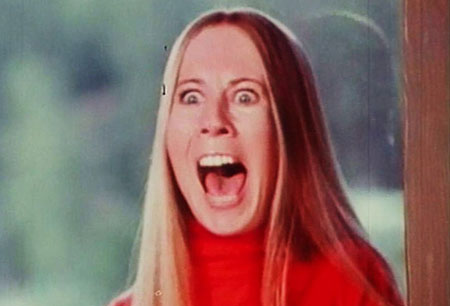 Part of the problem lay in the Movie of the Week format, with it’s endless recapping of plot points for those who tuned in late. Remember, those were the days before VCRs and VOD. The film also spends an inordinate amount of time trying to mislead the viewer, even though you’ve probably already figured out who the real baddies are. There’s still a nice plot twist at the end involving the ever so radiant Kate Jackson and some suspenseful scenes of our heroines creeping through the seemingly endless basements of their campus. Laurence Rosenthal’s menacing score bolsters these scenes significantly. But even these get a bit tiring because director David Lowell Rich reuses camera setups to an extent that would make Jim Wynorski blush.

Satan’s School for Girls (I even like typing it) is a good visual time capsule of the era but the biggest surprise is how little things have changed. Sure, the jeans are cut a bit different, and there’s so much long, straight hair you’d assume the sponsor was Satan’s Hair Straightener for Girls, but overall the fashions and hairstyles aren’t nearly the John Waters freak show you’d expect based on current seventies period movies. Overall, Satan’s School for Girls is an inoffensive time passer with some pretty girls and creepy moments but absolutely no blood or nudity. 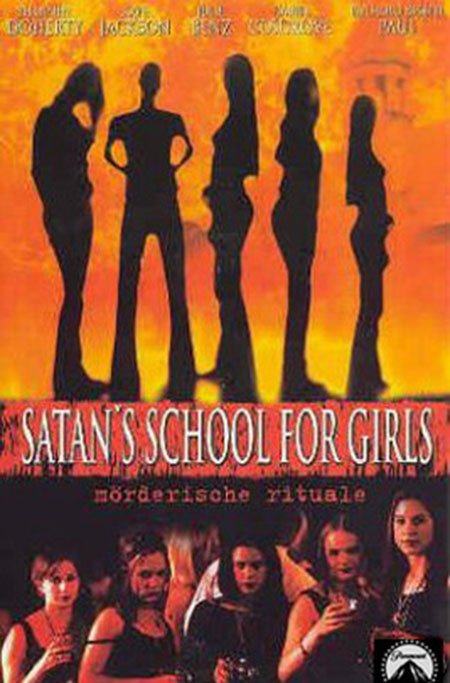 The film does sport a pretty cool roster of seventies era talent. It was produced by television legend Aaron Spelling who, along with Quinn Martin and Norman Lear, ruled the era’s television airwaves. After graduating Satan’s School, Spelling allowed actresses Kate Jackson and Cheryl Ladd to ascend to Heaven as members of Charlie’s Angels.

Non Charlie’s Angel Pamela Franklin carved out a little niche in horror film history, starting at age eleven in the supernatural classic The Innocents (1961). Other highlights include Food of the Gods (1976), Legend of Hell House (1973) and Necromancy (1972). 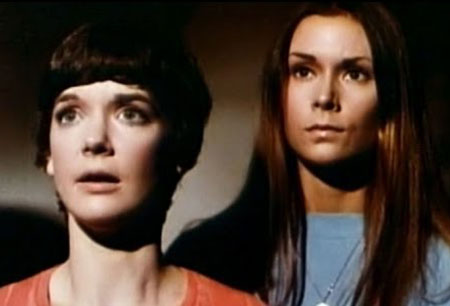 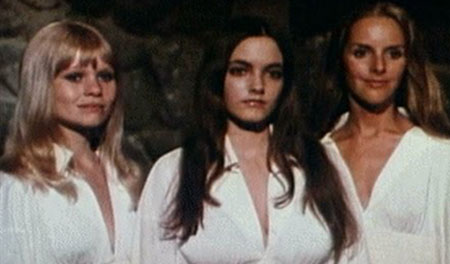 And finally we come to director David Lowell Rich, who had a long, though not overly distinguished, career directing episodic television and movies of the week. That is until 1979 when he helmed the theatrical feature The Concorde… Airport 79, which is one of the most delightfully horrible films ever produced by a major studio. Seriously, it’s mind-blowing!

In 2000, Satan’s School for Girls was remade with Shannon Doherty in the lead … but that version is for another semester.