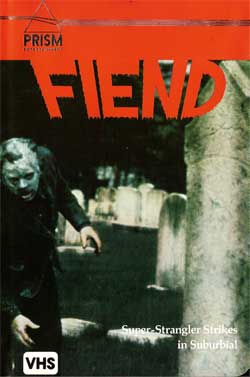 A corpse that is brought back to life by an unknown entity terrorizes a small town, feeding on the life essence of anyone that it comes into contact with.

Don Dohler may not have been the best horror director in the history of cinema but he had a lot of heart and I don’t think that his movies are nearly as bad as people make them out to be (I would gladly watch one of his movies as opposed to anything M. Night Shyamalan did). His film Fiend may be extremely low budget but that doesn’t mean that it isn’t good. I thought that it was actually pretty well done and I enjoyed it for what it was. It has a lot going for it and while some viewers may not like it I thought that it was a lot better than many people give it credit for. It’s a fun little movie and even though it isn’t perfect I still thought that it rocked. 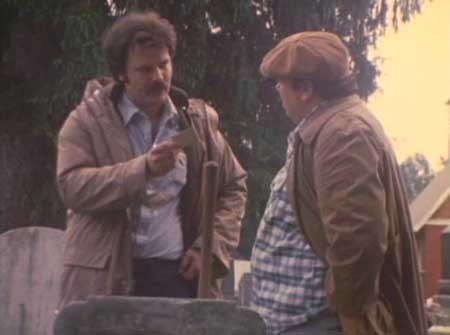 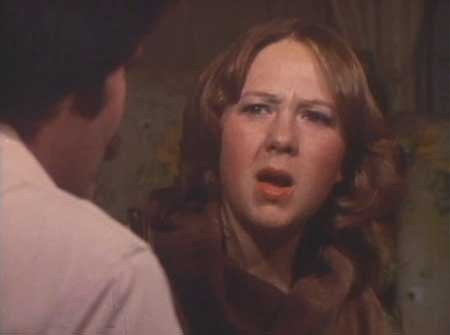 I really enjoyed the premise. Basically we just have this guy that moves to a small town that happens to be a corpse that is reanimated by some sort of unknown spirit. Since the spirit needs to feed on the life force of others it isn’t long before people start turning up dead and the only person who suspects that the new guy (who calls himself Mr. Longfellow) may be responsible is his neighbor. It has a simple enough plot that isn’t overcomplicated but that’s okay because it works. In some ways it reminded me a little bit of Fright Night as you have the whole thing with someone knowing that the neighbor isn’t quite what he appears to be but no one believing him until it is too late. I know that it doesn’t sound like the most original idea in the world but there is just something about the way that it is executed that makes it highly enjoyable (mainly due to the fact that Dohler obviously put his heart and soul into the writing and directing duties). 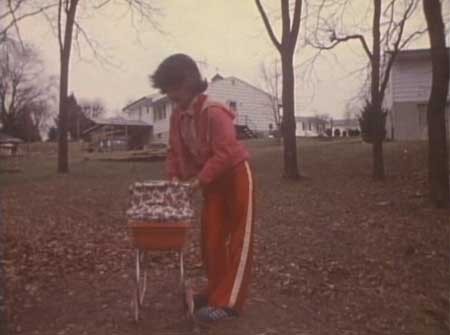 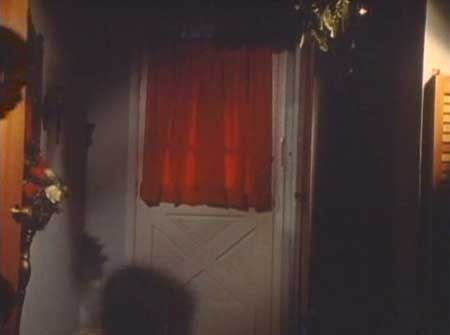 I also really enjoyed the film’s villain. Even though he shares some similarities to them Longfellow isn’t quite what I would call a vampire as he can walk around in broad daylight whenever he wants with no ill effects and doesn’t really have any of their other weaknesses (or strengths for that matter). I love the fact that he feeds off of people’s life energy by simply grabbing them by the neck with his hands and literally draining the life out of them. Don Leifert (who also added some elements to the script) does an exceptional job of bringing Longfellow to life and really gets into the role. In addition to being a coldblooded killer Longfellow is also quite a pretentious asshole who looks down on others and I had a blast watching him talk down to some of the other characters as if he was their superior in every possible way. He’s arrogant as hell as he is dangerous and is just an all around fun character (plus I thought that it was a nice touch that he actually starts rotting when he hasn’t fed on anyone for a while and begins to look more like the corpse that he actually is as opposed to a normal person). 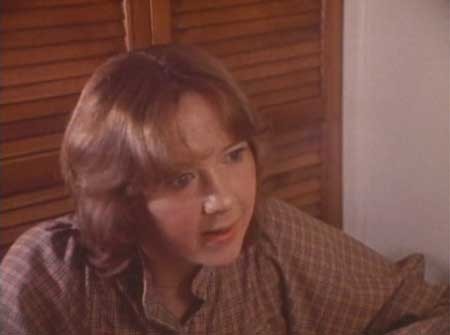 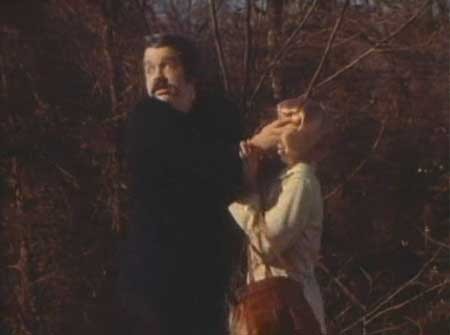 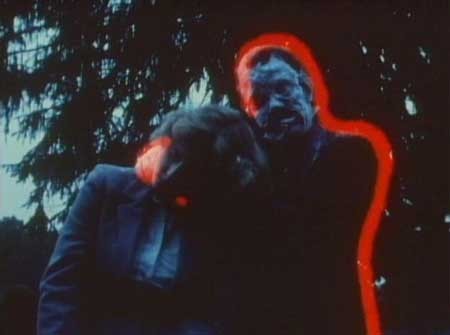 I feel like I have to say something about the special effects that take place in the movie as well. Though they are very low budget I still thought that they rocked and if you ask me they looked great in a cheesy sort of way. The opening scene that features the entity floating around the cemetery looking for a body to inhabit is awesome and even though I am sure a lot of people out there would argue that it looks horrible I have to disagree. I also thought that Longfellow himself looked pretty good when he was in corpse mode (especially during the excellent finale) despite the fact that the filmmakers obviously didn’t have a lot of money to spend on makeup effects (Hell, if you ask me he looks a thousand times better than the crappy looking CGI creatures that appear in movies today). I even enjoyed the effects that take place when Longfellow is killing someone as they are corny in a cool and fun way. The cheap effects in this film work and in my opinion Fiend is living proof that you don’t need a ton of money and amazing, over the top effects in order to make a good movie. 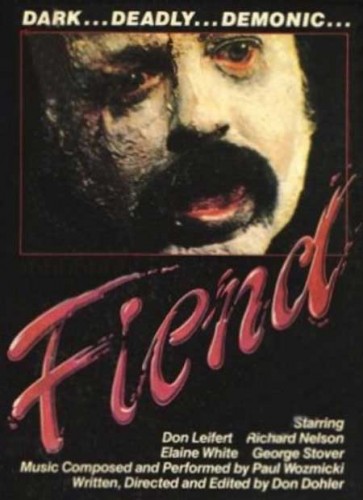 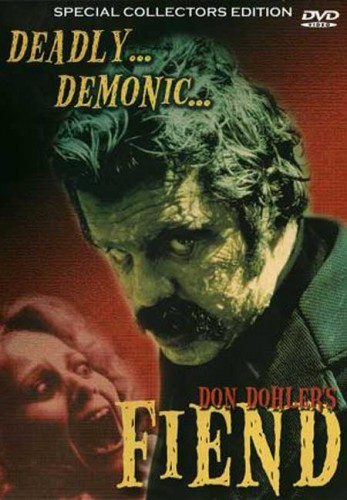 I’ll admit that Fiend isn’t for everyone but I really dug it. A lot of things about it really work (such as an awesome antagonist and a great score) and it just has a wonderful old school horror film feel to in it general. I had a great time watching it and I think that many viewers out there will too if they give it a chance. Check it out if you run across a copy of it as it is definitely worth your time.