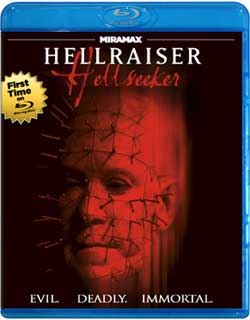 A shady businessman attempts to piece together the details of the car crash that killed his wife and rendered him an amnesiac– and left him in possession of a sinister puzzle box that summons monsters.

Directed by Hellraiser regular Rick Bota (also Hellraiser Deader and Hellraiser Hellworld) comes another odd entry into the Cenobium-driven franchise. This time it wears the more promising flag of returning star Ashley Laurence reprising her role as Kirsty Cotton (Note that this is also regarded as Hellraiser VI) We get a hint of this thru dialog later but not to the point of referencing “too” much from the original Hellraiser films she appeared in. (We learn that Kirsty lost her dad to mysterious circumstances when she was youner…aka plucked away by cenobites) 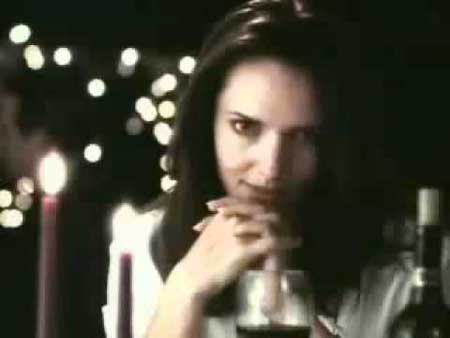 Taking a cue from the “Jacobs Ladder” approach, this particular entry is a bit weirder than others. We’ve seem to have gotten into his cycle where Hell and Cenobites are like Twilight zone players only taunting at their victims as they experience a barrage of nightmarish circumstances. But adding to that further…it follows this Jacobs Ladder-style that presents as their current lives with a few odd things stuck between. 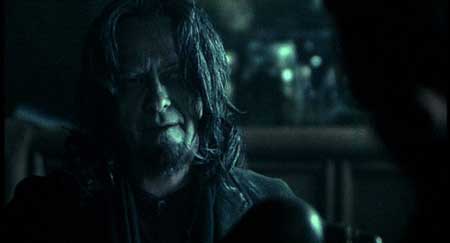 As we open, Kirsty Cotton and her husband Trevor Gooden (Yep that actor from the All State commercials) are on their way for a getaway. The 2 of them have had some obvious rough edges to deal with but it sounds like everything’s on the path to being alright. As they sneak a kiss, they lose control of their car thus heading right into the river. Trevor escapes and swims back underneath to save Kirsty…but is too late.

Waking up in the hospital, disoriented Trevor finds that Kirsty has gone missing. Instantly the detective on the case begins to ask him questions, but Trevor is still confused as to why they didn’t find her body.

As Trevor begins to jump back into his life while trying to deal with the loss of a loved one, it becomes quickly apparent that things are a bit “off” with those around him, his coworkers, and the traces of the life he had before. “Hellraiser Hellseeker” sets to accomplish 2 things…a reflection of the seedy life Trevor lived and the slow torment of Hell’s effects on him while reflecting on this. The film may have a bit of that…”what’s going on” aspect to it, but I think most viewers will quickly get with the realization that Trevor is in fact experiencing one of those “end of life flashbacks’. This is reaffirmed thru the choking of water, eels coming out of his mouth and this silently narrated path of showing Trevor the events of his life before hand. We also learn right away that he was an unfaithful husband who had alot of affairs with neighbors and co-workers. This includes a steamy affair with his boss Gwen (Sarah-Jane Redmond) and his air headed neighbor Tawny (Jody Thompson). It when he discovers a card “all problems solved” that we connect a bit with the supernatural. 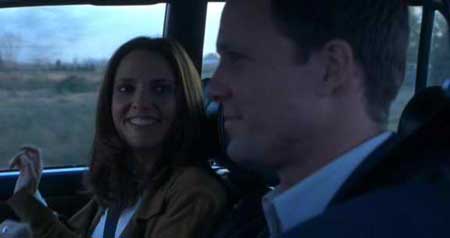 To add to the visuals, we get a brief encounter with a few Joel Peter Witkin inspired scenes..nothing too elaborate, just a prop here and there inspire by his photographs. Cenobites this round I assume were introduced on a limited budget as while we get to see a few new demons, they are only brief and uneventful (aka “Chief Surgeon” and the “Bound Cenobite”). Though they did get new life when they were released into the Hellraiser action figures releases. 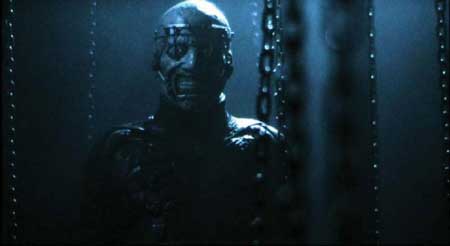 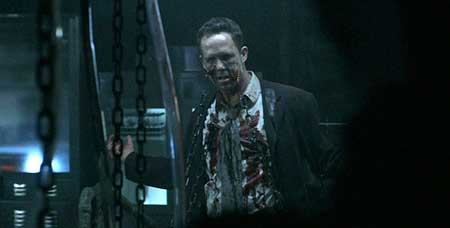 “Hellraiser Hellseeker” is not my favorite of the franchise, but it certainly isn’t the worse. This entry unlike some of the others does a full wraparound of all the segments leading to the end. The statement…”running away from your demons” is taken literally here as Trevor soon discovers that everything around him is growing more confusing and darker. He is fed Hell in pieces leading up to the biggest reveal of all. Kirsty as we find out …..is still running from the legacy of Pinhead and his minions. Willing to make a deal, she yet escapes another Hell inspired mess. I do love the return to the original premise if even approached from an abstract story angle. The story does a pretty good job at creating a horror mystery that should be acknowledged. 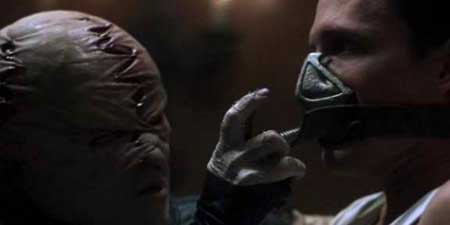 Doug Bradley as Pinhead is unflawed as usual. You have to love his lines and his character’s ability to disregard the human condition always answering in a riddle sermon-sort-of response. It’s the meat that holds his character together and paints him as a cold bastard of a demon.

“Hellraiser Hellseeker” is worth checking out, though as mentioned, there is not much cenobite action to partake in. Maybe the routine of only revealing them in small portions is what fans want. You’ll have to check your response to “Hellraiser 3” and determine which angle you like better.