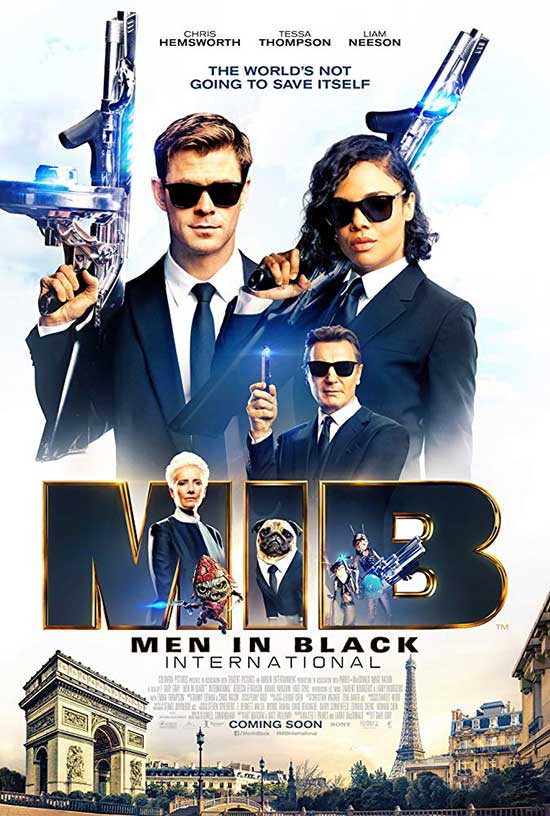 A young woman sneaks her way into the mysterious Men in Black, and aids a disreputable member of the group in uncovering a nefarious infiltration into the organization.

Men in Black: International is the fourth film based loosely off the Men in Black comic series by Lowell Cunningham. While the previous films centered around characters made famous by Will Smith and Tommy Lee Jones, this iteration follows new member Agent M (Tessa Thompson of Thor: Ragnarok and the Dear White People series) and Agent H (Chris Hemsworth of the Thor franchise and Ghostbusters 2016) as they uncover a mole within the very walls of the Men in Black organization. F. Gary Gray (Straight Outta Compton, the upcoming M.A.S.K.: Mobile Armored Strike Kommand) helms the director’s chair, bringing to life a script by writing team Matt Holloway and Art Marcum (Iron Man 2008). While there’s a nice chemistry between Tessa Thompson and Chris Hemsworth, the film’s lackluster action doesn’t deliver the same level of excitement as the franchise’s previous entries.

Backing up Tessa Thompson and Hemsworth are heavyweights Emma Thompson (Missing Link 2019, Beauty and the Beast 2017) as U.S. MIB head Agent O and Liam Neeson (the Taken franchise) as London branch head Agent High T. Kumail Nanjiani (Stuber, upcoming Eternals 2020) adds the majority of the film’s comedy as the voice of the pocket-sized alien Pawny, who becomes attached at the hip to Agent M during the movie’s run. Laurent and Larry Bourgeois (the upcoming Cats 2019) play the dancer-ly alien hitmen that can control matter, but despite their cool design, they aren’t given enough screen-time to make much impact. 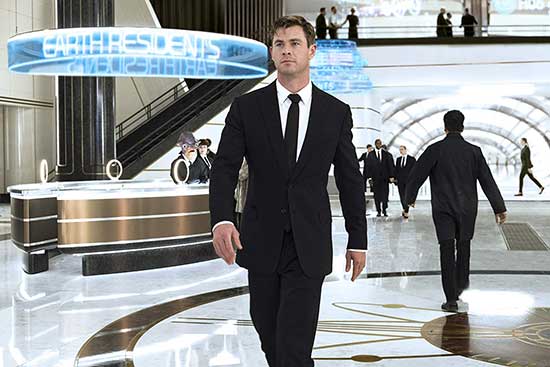 There seems to have been a fair amount of ad-lib in the film, which is made apparent by some slightly unusual pauses. Sometimes it works, but it rarely lands with a bang. The cast certainly has the acting pedigree to carry a solid script to laughs, but not everyone on hand is a comedian, which makes the decision to ad-lib tough to support. The only real success in this department is Pawny, whose lines carry Nanjiani’s hilarious comic influence. Hemsworth’s character is basically a washed-up 007 type, whose partnering with Tessa Thompson’s nerdish new-recruit character attempts to offer up a Mutt and Jeff, key-that-fits-the-lock duo made famous in the buddy-cop genre. It works okay, but isn’t developed in the script enough to be more than just an idea. 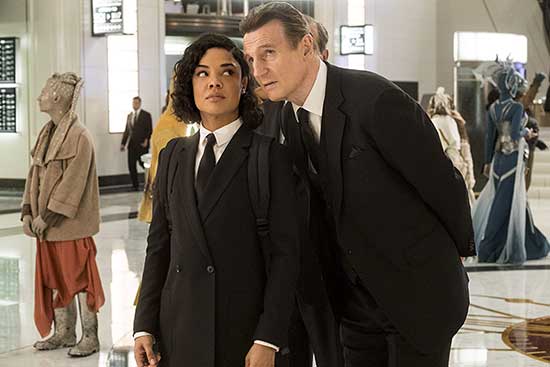 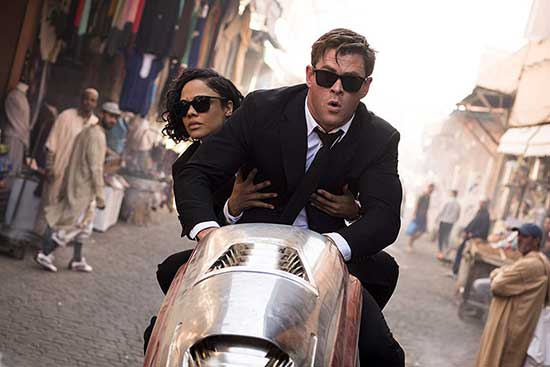 The action is okay but not abundant, and it lacks the oomph of a sci-fi blockbuster. It feels more like the stuff you’d have in a great pilot for a television show instead of something gracing the big screen. There are some cameos from the prior films as well, but none are substantial or memorable. Overall, MiB: International relies mostly on the name of the series linking it to the prior films rather than its content (read: not enough aliens!) 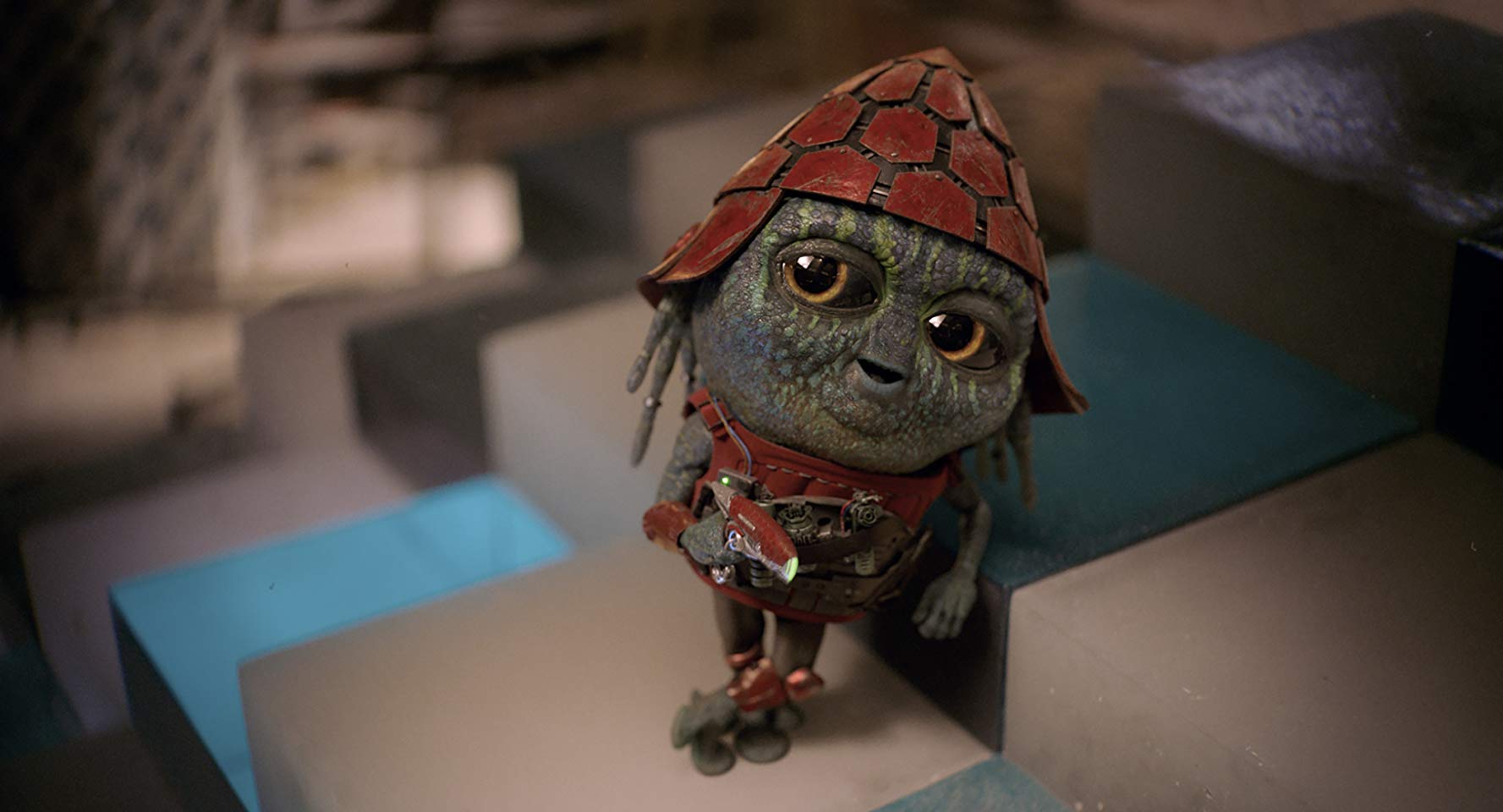 The main culprit responsible for the lackluster nature of the film comes from the script. Holloway and Marcum hit gold with Iron Man, but their run since then has been tainted by real stinkers like Punisher: War Zone and Transformers: The Last Knight, and this movie falls somewhere between the pair’s highs and lows. While MiB: International doesn’t have any of the ridiculous plot failures of Punisher: War Zone or Transformers: TLK, it is equally by-the-numbers. It has a twist of sorts, but it’s not surprising enough to provide the payoff hoped for. 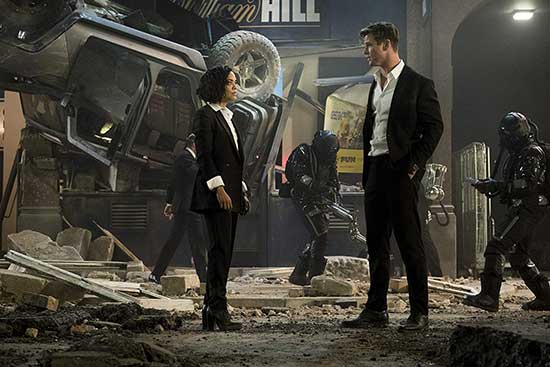 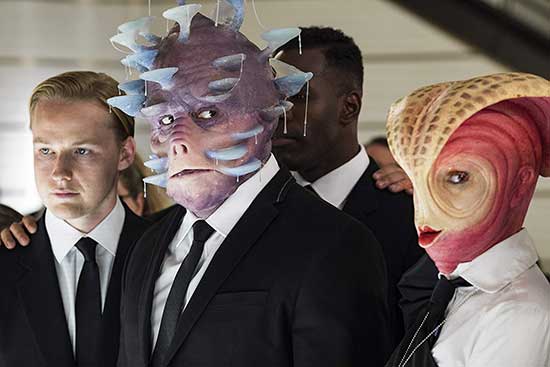 Ultimately, Men in Black: International isn’t a failure, but neither is it a promising start for a new series based on the original trio of films. The cast succeeds in being competent, but the directing isn’t exciting and the script fails to deliver on the excitement promised by the plot and characters. Overall, fans of the series won’t be devastated, but they’re likely to be keeping their fingers crossed that financiers will take their chances on another entry.