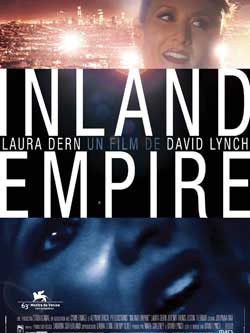 It almost goes without saying that what David Lynch creates rolls off the directors slate as instant cult style films. Whether the film itself becomes a “cult hit” is a different matter. Though taking on a film like “Inland Empire” as a reviewer is not an easy task. For one, the narrative is as far left field as I’ve seen from Lynch to date. Meaning that unless you have seen a few of his films, have spent any time doing a film analysis or are able to dissect deep thinking, your not alone in feeling left out or lost. 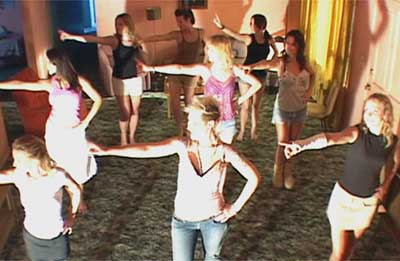 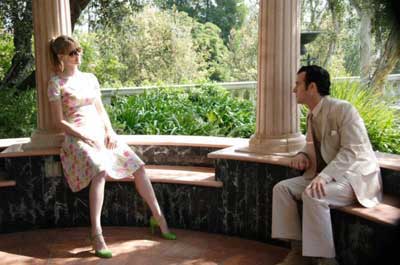 The real story behind “Inland Empire” is that there is no real story. In fact, that statement may come across odd seeing that you invested 179 minutes into a no story scenario. Well that’s because the direction is one that visits many ideas that seemingly don’t connect in natural ways and yet still make a statement about quite a few things. From the get go we are introduced to the rabbits, a mundane, skit-like piece that prompts laugh tracks for no reason and spouts out lines that don’t connect. Beyond the obvious absurdity, the piece is clearly making fun of old sitcom comedies like I love Lucy. The difference here is the absence of the usual comfort pieces. Such as complete lines, facial expressions, actions, reactions and a sense of what the audience laugh track is referring to. The piece also breaks fantasy as Mr. Rabbit walks thru the door into the films reality. Why? It’s anyone’s guess.

Laura Dern takes on several emotional states throughout the film. Some of which are her film character actress Nikki Grace, a well to do starlet who has been given the role of a lifetime. Others are represented in her “played” film character “Susan Blue”. The film is called “On high and Blue Tomorrow’s”. Nikki is informed that she has gotten the role. Now to consume what is thrown into your lap is to know a bit about the films background (Inland Empire) and the psychological directions that Lynch loves to indulge in. 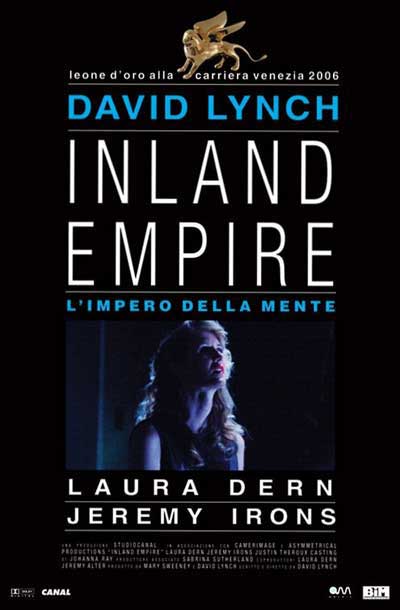 For one the actors Laura Dern, Justin Theroux and Jeremy Irons were only given scripts as they were written day by day. Because of this, no one on set really knew the direction that the characters were taking at any given time. Lynch who loves to mix his characters to the point of suspending disbelief and intertwining the roles uses this as a staple in the film often confusing the roles of actress Nikki and her played role of Susan. Scenes begin to merge into scenes on a nonlinear format that connect pieces in odd ways. So much that one character at time occupies the same worlds as the other. At the root, the film explores psychosis and infidelity issues. Some of this psychosis manifests itself into things like a room full of women discussing Nikki’s thoughts. Others are represented in characters out side of Nikki who explore the mental anguish she is feeling inside.

A clear path of resolution and understanding is never really completely apparent. Rather it’s left to the viewers to build relationships with. In the onset Nikki is visited by a psychotic ranting neighbor who in the same instance, predicts her future. The house is big, enriched and overly done leaving huge gaps of open unneeded space. This is in contrast to Nikki as she is seemingly placed in alternate realities that is just the opposite. Small, confined, simple, mundane and poor. Her husband fore-shadows the film with his overbearing nature and being an extremely protective husband that warns actor Devon Berk / Billy side to reframe form his usual reputation of romantic interludes with his main actresses. This potentially threatening situation almost sets the tone for failure on Nikki’s part. Part of which is also represented in her psychosis moments. The film being made is revealed as being a remake of a script and film that was never finished. The original was noted as being cursed as the 2 leads were murdered before its completion. Jeremy Irons who plays Kingsley, the films director mentions that the film was a German film titled “4/7” based on an old Polish Tale. 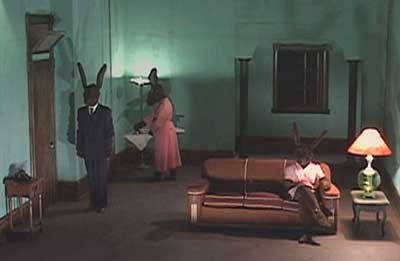 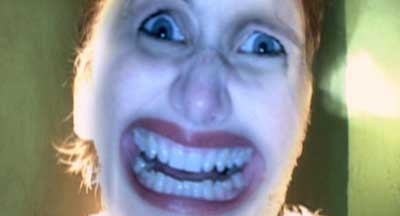 Multiple subplots litter “Inland empire” into a sea of madness, despair and revelation that quickly take on the form of a dream mixed with a flashback set into odd time intervals. The feeling of “Inland Empire” never really gets past the haunting dark and unnervingness that is felt from frame one. The feeling might be misplaced but it is definitely looming large like a inconceivable nightmare.

The film was all shot on digital. a first for director David Lynch. The treatment still remains rich with his approach and vivid stylings but is used often with extreme close ups to bring a sense of dread to the picture. From a recent wikiepedia article, the following details Lynch when questioned on its release:

When asked about Inland Empire, Lynch responded that it is “about a woman in trouble, and it’s a mystery, and that’s all I want to say about it.”When presenting screenings of the digital work, Lynch sometimes offers a clue in the form of a quotation from a translation of the Aitareya Upanishad: “We are like the spider. We weave our life and then move along in it. We are like the dreamer who dreams and then lives in the dream. This is true for the entire universe.” 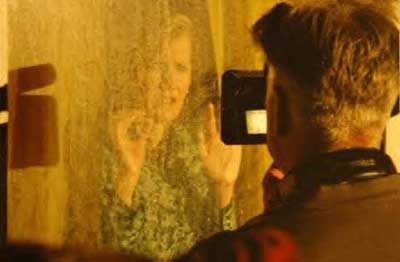 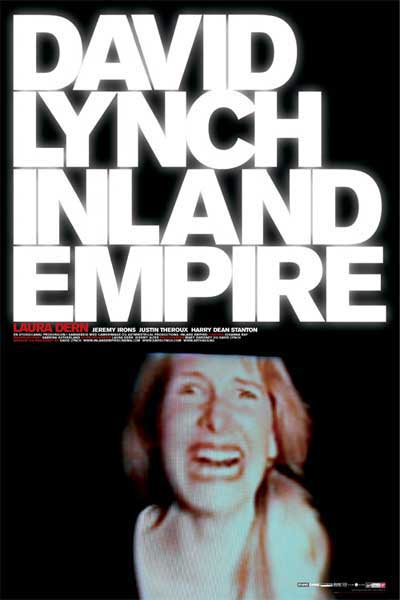 The cast credits are as follows:

Viewers beware as even for surreal ….this film is misaligned. I won’t follow some critics lead and call it brilliant but I will say its highly imaginative. Laura Dern is fantastic even if she didnt know how she got there. Lynch directs and offers this piece as purely self indulgent ignoring any means to communicate with his audiences in a normal manner.