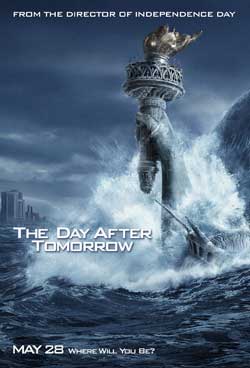 Jack Hall, paleoclimatologist for NORAD, must make a daring trek across America to reach his son, trapped in the cross-hairs of a sudden international storm which plunges the planet into a new Ice Age.

The era of cataclysm films was ramping up with a 2012 date quickly approaching. “The Day After Tomorrow” was one of the best in this category. It featured a strong cast, believable high energy special FX, and on top of it all is subject that is very real and very likely to occur in “some” future of ours. The effects of global warming only hints at what this film brings to life on screen. The polar ice caps have been reported as breaking off “even” in our recent news as of a few months ago. The rising of the ocean’s temperature is something that has been discussed and made a concern in recent years. I suppose if you were to speed things up to the extent of this film, you might have piece of fiction-become-reality very shortly. As I type this review, we only recently had a situation in New York that brought the rage of the oceans into their backyards. Perhaps (and I’ve said it before) science fiction is not that fictional. 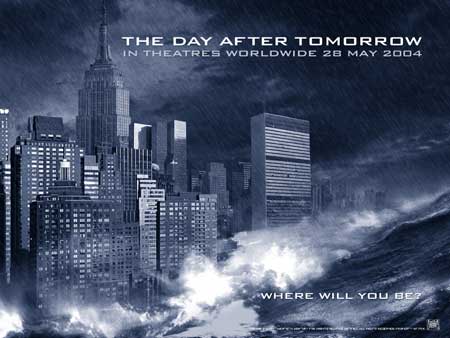 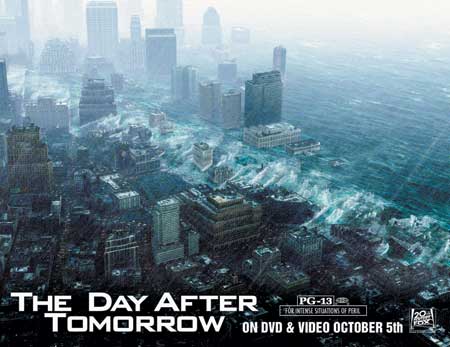 In any case, we have one of the greatest “end of the world” films of all time. I’d line this up against the film “2012” as a sister set, though “The Day After Tomorrow” feels “slightly” more down to earth. Our cast features a young Jake Gyllenhaal as “Sam Hall” son of paleoclimatologist “Jack Hall” played by Dennis Quaid.

Our film begins with Jack Hall and his team taking core samples from the earth. The exercise is to determine past weather patterns and changes in our own climate. When a ripple “almost” claims Jack and his coworkers, a red flag goes up that has Jack shouting “change is coming, prepare”. His efforts at first fall upon the deaf ears of the government who want to deny any events will ever take place. As he is reaffirmed by other experts in his field, it soon becomes apparent that he posses the only weather-cycle model that can predict the consequences of a rapidly changing planet. It is not long before all his claims are becoming true with the earth now being effected by rain, floods, and blizzards starting from the northern hemisphere and working its way down. No, not just a rough weekend, but life changing consequences that is rapidly killing off others who venture out into the cold. 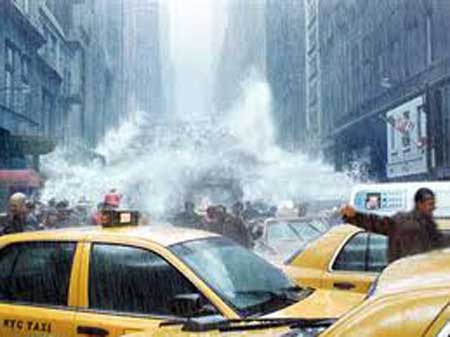 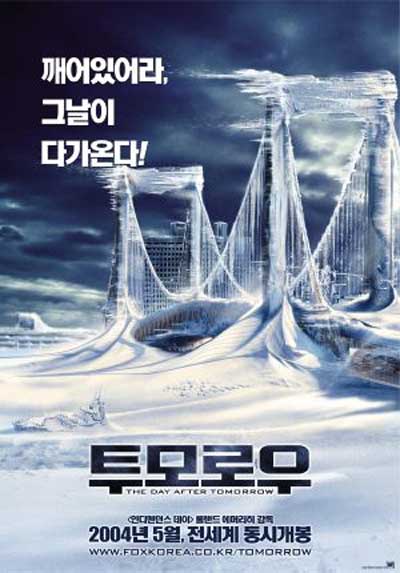 When New York becomes flooded by a massive tidal wave, Sam and his friends barely make it out alive as they take cover in a higher ground library. Sam who is away on leave to attend a new college finds himself stuck in New York with the world equally becoming a hazardous place to ordeal. His father Jack givens him some needed advice with a promise that he will find a way to rescue him and his friends as soon as possible.

What works so great in “The Day After Tomorrow” is a highly visual experience that simply memorizes you in CGI effects. A heart felt story sets the underlying tone as a father heads out to save his son. While each of these factors carry the story forward, we are plunged into the heart of the storm with ravaging waves, killer tornadoes and mass destruction on a global scale. We even find those who are affected by massive hail storms. The iconic image here is the statue of liberty which after being submerged in high tides is frozen over with deathly freezing temperatures. Hey…. they even added some killer wolves to the story to approach it from all angles. 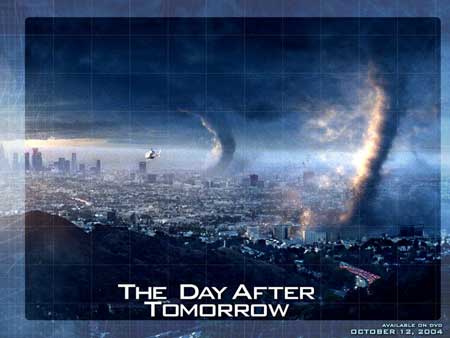 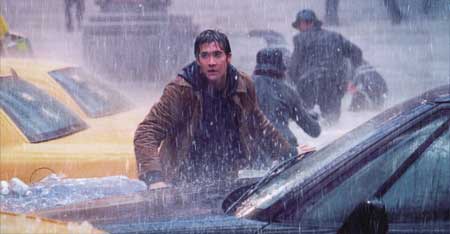 Now keep in mind that a suspension of disbelief is needed to embrace this film, even with simple factors such as Sam and his friends out-running an oncoming tidal wave in New York city. The aspects of freezing temperatures probably would claim all these young folks lives within seconds, but we keep with the flow and let it all play out to our entertainment session. 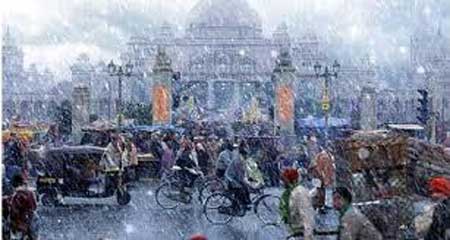 The movie was directed by Roland Emmerich, and is an absolute favorite of mine in this category. If I was to make a box set of like films, it would include “Dante’s Peak, “2012”, “Twister”, “Volcano”, and “The Core”. Yep….I’m a fan of all those…so don’t be hater, “The Day After Tomorrow ” is a good time! 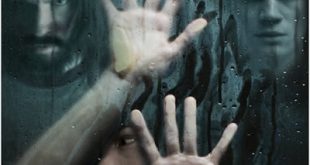