After a zombie becomes involved with the girlfriend of one of his victims, their romance sets in motion a sequence of events that might transform the entire lifeless world.

As I headed out to check out 3 films on my list, I wasn’t anticipating “Warm Bodies” to end up being the best of them. I’m happy to say I was wrong…..dead wrong. A film that in a nutshell is essentially a zombie movie, an apocalypse movie AND a love story, has all the right elements making this a must see showing. Even in the era of “way too many zombie films”, this one manages to come out as an original take on the whole genre. One that sends a message about humanity, manages to give us a love story that’s way off the cuff, and even keeps thing exciting enough for zombie fans to tell their friends about. 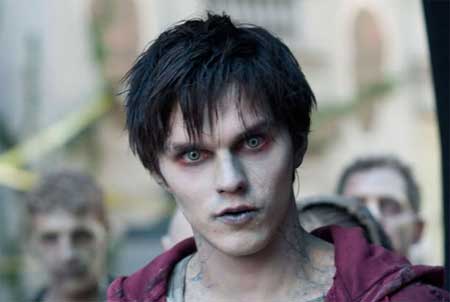 “Warm Bodies” in title alone, tends to be a spoiler in itself. Though I will say that this review may have some spoilers for that sake of review. 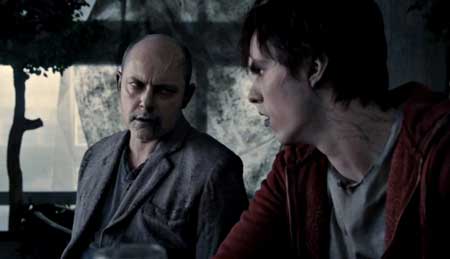 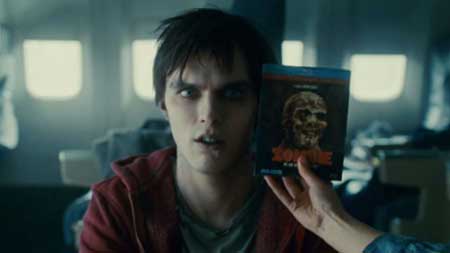 “R” (Nicholas Hoult)is a zombie. A young kid who looks like he could be in his teens OR in his twenty-something stage of life. His mind works a bit different than the other zombies that drudge about the airport he resides at. For some reason he has gained the power of perception and subtle reasoning. Enough that even with his tendency to walk about for days without sleep, dreaming or food, he is beginning to show small signs of humanity. His friends are zombies, and the world is in a state of change that erupted from some sort of outbreak. The humans, or what is left of them, reside behind a large barrier protected camp under the command of Colonel Grigio (John Malkovich). His daughter Julie (Teresa Palmer) also serves the group and their agenda. 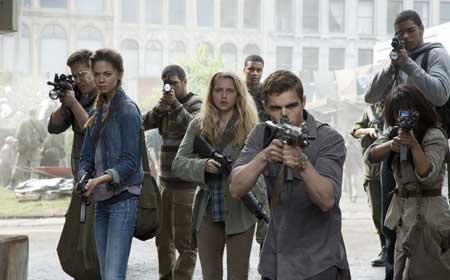 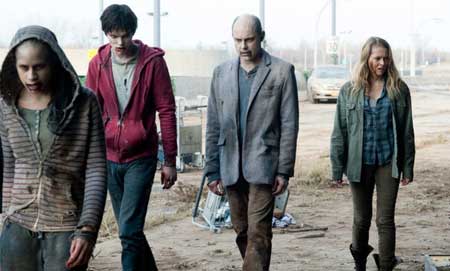 “R”, a boy who can’t remember what his name “used” to be lives within an abandoned airplane. He collects things, and throws on the occasional rock album to pass the time. Him and the zombies feed on the occasional unlucky human while trying to coexist with a evolved level of zombies referred to as the “Bonies”. The “bonies” are essentially zombies in skeletal form who have pryed away their skin taking on a more violent form of their race. The zombies or “corpses” as their are called drudge about, can sniff out humans for sustenance and exist in a very mundane state of being. Yep, life is one big bore.

“R” takes a liking to Julie and rescues her from being fed on. To protect her he takes her back to his lair and begins small forms of speech. This evolves over the course of the film slowly blossoming into “R”s humanity starting to show thru. As things heat up, the 2 grow closer with “R” taking on a gradual transformation into the boy he used to be. Ya, there is a bit of “Beauty and the Beast” meets “Snow white” slightly hinted at here. 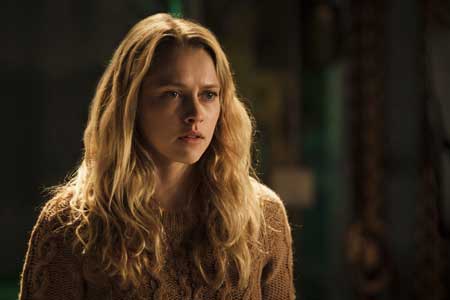 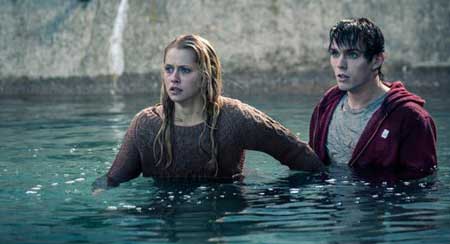 “Warm Bodies” in some ways falls into a modern day Romeo and Juliet kind of roll out. The factors have changed for the absurd with most of the film really falling into a constant state of disbelief. Though that’s the fun here, in that the rules have changed (and even for zombie fans), and we get to take a different direction than previous zombie genre movies has established. 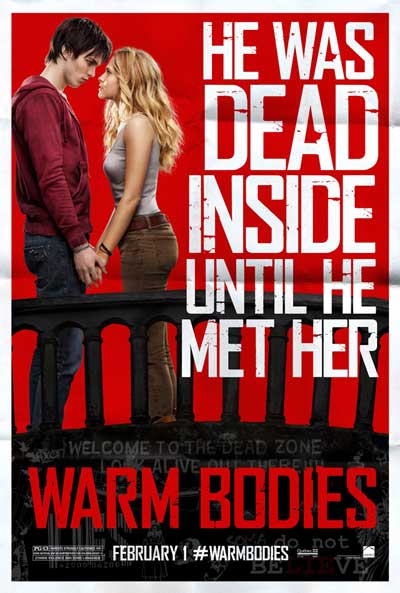 The movie is an obvious product made to market to younger audiences (teens), but don’t let that factor turn you off thinking that its just a “Twilight” style knock off, as it isn’t. A love story is the glue that holds the reasoning and evolves the character. It also gives the film makers their chance to establish “that” message I spoke of that leaves a bit of compassion always in the forefront of the story. I actually loved the film (which prior to doing so was left a perception about what I thought “Warm bodies” was about). Directed by Jonathan Levine “Warm bodies” offers horror, action, comedy and drama rolled up into a fine tasty package that makes you think twice about the nature of zombies and what they are capable of. Made for a 21st century culture, “Warm bodies” is everything it cracks up to be. just go see it!