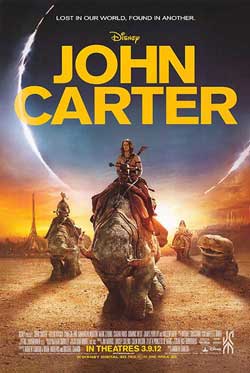 Transplanted to Mars, a Civil War vet discovers a lush planet inhabited by 12-foot tall barbarians. Finding himself a prisoner of these creatures, he escapes, only to encounter a princess who is in desperate need of a savior.

“John Carter” is a 2012 science fiction movie released under Walt Disney Pictures. It was reported to have filmed in 2009 while wrapping up in 2010. Those who are more familiar with its background recognize the adventures from the books of author Edgar Rice Burroughs. It is a bold achievement from Disney directed by Andrew Stanton taking on a potential franchise from an old literature adventure hero. 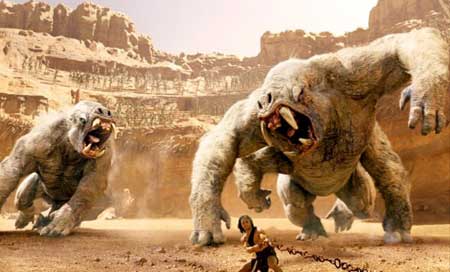 The movie mixes science fiction, a bit of the old west, and slight nod to the “Scorpion King” making it a bit of a hybrid mix. “John Carter” begins right into a small narration of new terms and alien cultures. We are introduced in the interim to a trio of visitors called the “Therns” who appear to have advanced powers at their disposal (they claim to not exist in some respect). They announce to Sab Than, Jeddak of Zodanga that he is to be equipped with a new weapon on their offer, if he follows their lead. 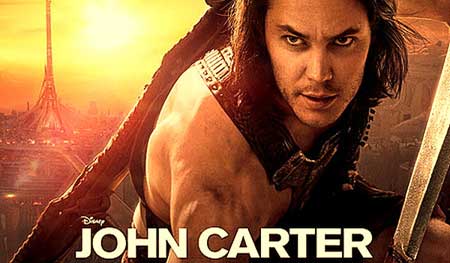 Breaking away to another era, Young Edgar Rice Burroughs is summoned to the estate of his wealthy uncle John Carter. Burroughs is told that Carter has passed and as a result has inherited his wealth and estate. Strange conditions include a tomb set aside for Carter that can only be unlocked from the inside. 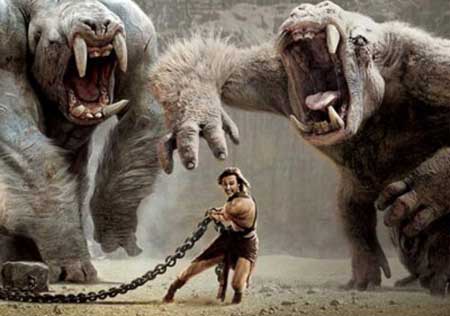 We are taken per flashback to the old west where Carter is being requested at the hand of Union Colonel Powell to help in fighting off the Apaches. Though Carter only shows one interest..a rumored cave of gold. Upon locating this cave, Carter encounters a “Thern” whom he kills thus acquiring the Therns magical medallion. The medallion transports Carter to a place called Barsoom, located on Mars. Now this is when the information gets a little lost trying to connect to new storyline in process. Carter discovers that due to his Earth roots he is able to leap at incredible lengths (much like the “Hulk”) inheriting the ability of enhanced strength. 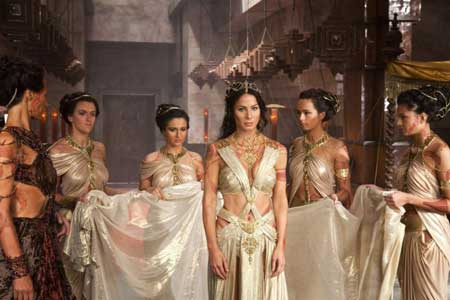 We find that the cities of Helium and Zodanga have long been at war. We are introduced to the lovely Princess of Helium Dejah Thoris and a band of green alien warriors from Warhoon called the Tharks. Carter comes into contact with them while the storyline becomes to get a bit blurred with new faces names and races. Though as the war among powers get complicated, it’s Dejah, who Carter develops a love interest in. Carter at first intent on returning to Earth learns that despite his actual body being held in the “Earth plain” is more at home in the setting of Mars. It is here that he pursues Dejah while doing battle in several encounters. 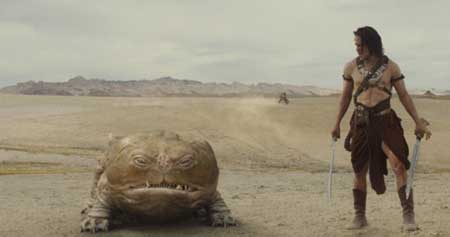 While visually in line with many of the great science fiction Hollywood epics, John Carter suffers from a bit too much information injected a bit “too” fast. It was after finishing the film, that I felt ready to watch it with some kind of foundation. Though by that time, your pretty much wore out, and ready to call it a night. I believe a second viewing would actually feel more satisfying than the first.

“John Carter” in some sense falls in line with a Star Wars meets Conan the Barbarian storyline. It’s back story and historical makeup is far too confusing in the interim to really feel like you know what’s going on (which ultimately is what makes this movie fail). I suppose readers of the famed series in sense might be better prepared to take on the films magnitude of new terminology and characters. However seeing that the novels were written in 1912-1943, its safe to say that the material is just not at the tip of accessibility from a literary relational standpoint. 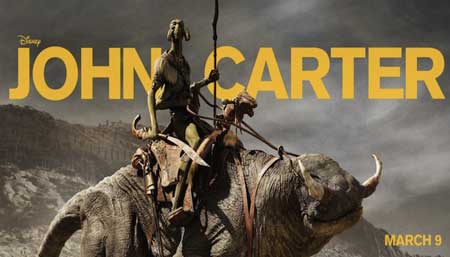 While the film managed to pull in $71 million it was received poorly by critics and box office attendees. It’s $71 million was considered a loss with its budget coming in at $250 million for the production. The back story of this is more elaborate, but let’s just say..it didn’t cut it for a summer blockbuster release. 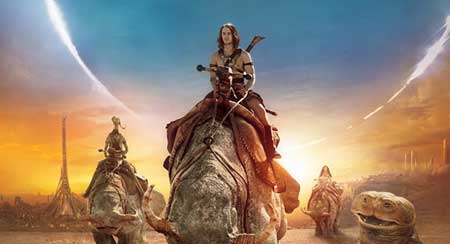 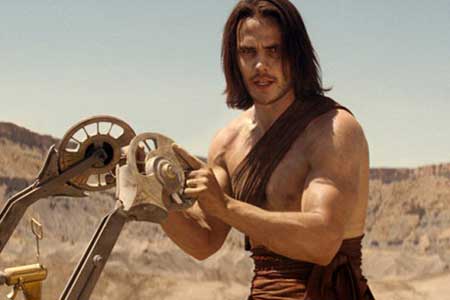 In short, I believe viewers can still gain some satisfaction from this film as an exciting family style sci-fi adventure. The information that is tossed at viewers will be too much to process especially for younger viewers leaving most if its appeal to high adventure visuals and CGI dynamics. You may find yourself nodding off a bit though in execution while trying to grasp its direction. Not a hit by any means, but still acceptable for home viewing and casual entertainment. As you can tell, I’m a bit at odds with certain aspects leaving my impression at neutral .