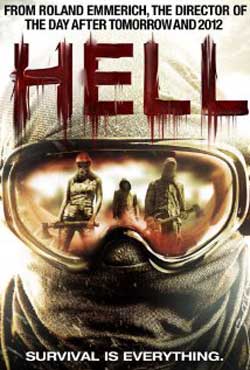 In the not too distant future, people struggle to survive their greatest enemy, the sun.

Before you make too many assumptions, Hell is a film about the future when the sun has increased the Earth’s temperature by 10 degrees Celsius. This change has turned much of what the world “was” into an apocalyptic landscape for survival. In fact it is year 2016 to be exact (not that far off for us). The realization is fiction based on a potential reality which I assume makes the horror aspect “that” much more effective. The “Hell” connection is both a metaphor for the ordeals some must endure now and the enhanced sun factor producing a much brighter living environment. The sun’s temperature increase also creates a dangerous condition that will burn your skin if exposed to for more than 2 hours. 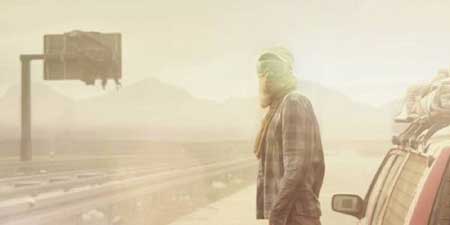 The movie borrows its base from a combination of influences such as “Mad Max“, “The Road”, “Book of Eli” and even “Resident Evil” while still not being any of those. It’s science fiction aspect is more in line with “The Road” than any of them taking on that all too familiar theme of survival in the modern age. It’s worthy to note that this partial theme has seen increase in the recent years with public paranoia and fears of a “what could happen” lingering in many folks minds. I haven’t seen the first and haven’t seen the last from this camp of thought.

The German based film is directed by newcomer Tim Fehlbaum sticking to a gritty style movie that often uses the brightness of the sun (bleaching) to add to its presentation style. 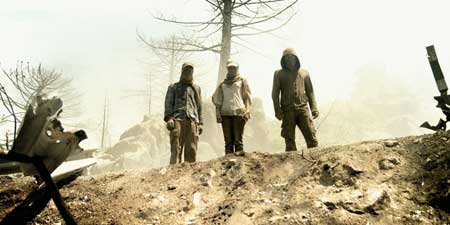 As we join a car ride in progress, we meet Marie (Hannah Herzsprung), her boyfriend Phillip (Lars Eidinger) and her sister Leonie (Lisa Vicari). They are in route to the German Alps, where water is rumored to exist in more capacity. Upon stopping at a gas station they also encounter Tom (Stipe Ercek) of whom after confrontation they agree will be a good addition to their quest

The current conditions have forced people to constantly search for new sources of water, gas and food for survival. Of course the animals have died of thirst adding more reason for food importance. The group travels in a beat up volvo while hauling everything they own. This includes all their survival means which is red flag for ambush. And ambush is correct when they are tricked by a roadside obstacle that allows for a survivalist family to kidnap, claim and attack.

Marie ends up being the focal of the group who empowers once her sister is kidnapped. she also sets the moral compass of the film within the chaos surroundings. “Hell” doesn’t ever go too far in its “getting the point” across. By keeping to the idea of potential realism, it instills a closer sense of believability. Horror fans might find it a bit low key for their expectations, though the film was not meant for the horror genre and is a much better fit as a post apocalyptic thriller.

My immediate reaction was that the film was in many ways maybe too close on the heels of “The Road” that it echoed its storyline a bit too much for originality. Details are changed but again we have a family coping with the world and its nasty residents who also have to survive.

Bright contrasts were used to get the bleaching effect, which in the case of this movie really works as an effect base. Adding a bit of the film grittiness, ‘Hell” achieves its intended visual foundation. 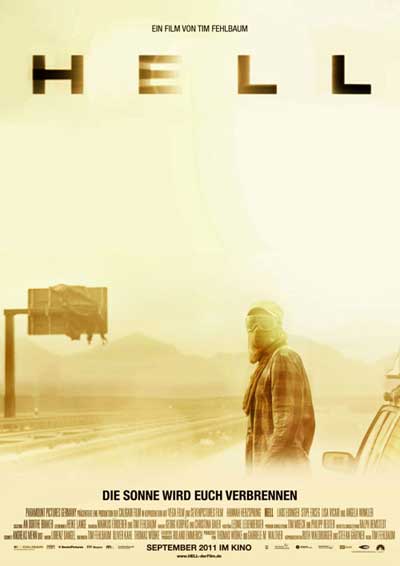 Fx, sets, and film budget are limited, though “Hell” still achieves the goal of being a good drama meets apocalyptic future horror film. I am probably somewhat bias as to seeing so many of these themes over the years, it is hard for me to see past its derivative premise. The film certainly takes a turn when the travelers have to deal with being robbed, captured and subjected to he rules of the now down-graded society around them. “Hell” seems to embrace its bleakness but also suffers from some scenes which are hard to see on screen. 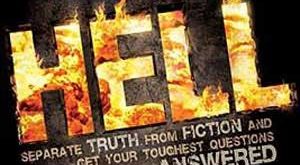